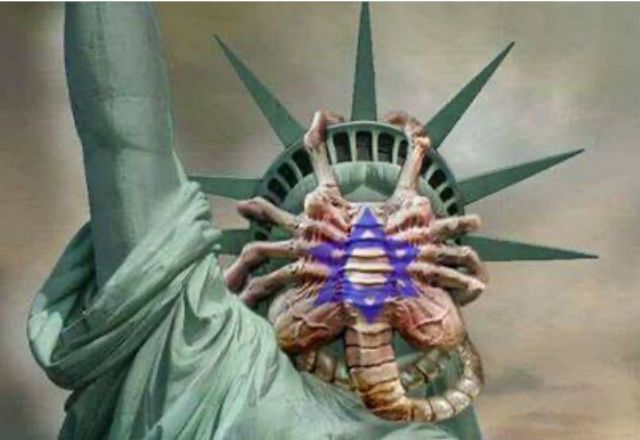 If you do not understand the significance of the above image please read the notes at the bottom of this page:

If you read my previous BIN articles linked to the bottom of this page you will understand our Lawful Organic Sovereign ‘states compact’ created Federal Government and those of the original organic fifty states, the onces de jure Free and Independent We the people Governments across America were vacated through a succession of unlawful, unconstitutional, seditious and treasonous acts starting in the1860′s, acts instigated by those banned from American Government by virtue of the lawfully enacted Titles of Nobility Act that BANNED foreign agents from American Governance. Article XIII (TONA) is covered extensively in my prior posts and at 1776Reloaded.org

Enemies foreign and domestic installed a Luciferian Crown / Vatican Cabal controlled De Facto Military Governance in DC and across America’s fifty states via Territorial and Municipal Corporations that have perpetually engaged in a Mixed War, Lawfare and Human Trafficking of all the American people. These crimes against humanity funded the Luciferian Cabal Banking System and the so called New World Order which shadow Government now works to try and install over 7+ Billion people!

This foreign De Facto “Governance system” installed across America was stealthily / unlawfully and deceptively placed UN control post the deliberate Cabal contrived US Corp. Bankruptcy. The De facto Governances across America have been orchestrated by a Shadow Government of the Rothschild United Nations / IMF without any lawful authority to do so. This is evidenced by the so called Sustainable Development BS being adopted by all local Governments!

Generations of traitors in governance across America have escalated this state of Affairs by signing on to unlawful Anti-American so called UN Law (no-Law, void, legally invalid) manufactured on Propaganda ( i.e. lies about Global Warming, Climate Change and Viral outbreaks) all of which was designed to inspire Problem – Reaction – Solutions.

These past acts of sedition and treason is why the Rothschilds – UN’s WHO through its traitor proxies feel able to hand down edicts to the State Governors [Like Lock Down, Social Distancing et al], through what is a foreign overlay De Facto Corporate Government system which is acting as if it has authority on the physical states and over the American people! They have no such lawful authority! Fraud vitiates all acts enabled on Fraud.

Not surprisingly, this state of affairs has never been explained to the American people which is why Anna’s educational Video is so important for people to watch and share. Our Occupation Military government can not come out and explain that unelected banned foreign agents with out any legitimate authority over the American people decided that they would sell us all out to be rulled by the Luciferian Rothschilds UN New World Order Roman Cult;  because if the American were told this, a civil war would ensue! This is why the Globalist Governors are trying install foreign control in to America by a back door policy under their BS Plandemic Dog and Pony Show!

This explains why the globalist parasites are at war with 2nd Amendment and want to take guns from the American people! What is going on now is an attempt by the Globalists inside our gates to try and turn America over to the Luciferian UN Crown / Vatican Roman Cult which is under the Black Nobility Crime Families through the Plandemic PsyOp so they can install the New World Order across the World. America must fall before they can impose this agenda on the World!  They have over played their hand and now they need to exposed and tried for their crimes.

Clearly Trump is not going along with the plan but he has also not done all he could to expose this dire situation to the American people espacially the role of Gates, Fauci, Birx, Rothschilds – FED-UN-WHO and Big Pharma.

I can think of many reasons why he is going slow, some good, some bad. The most important thing for Americans to do is to understand how we have been lied to all of our lives; to learn our true history and to understand how those masquerading as Government, especially the ones towing the Luciferian Roman Cult Plandemic Rothschild PsyOp line are openly engaged in Sedition and Treason and must be called out and dealt with by actions of the American people as is required per our self governance foundations.

We the people and Trump have all the enacted law tools in the world to deal with this situation. Title 10 USC Section 253 and the Titles of Nobility Act covered in prior articles.

To understand what we are up against go read at California Government Code 1027.5. 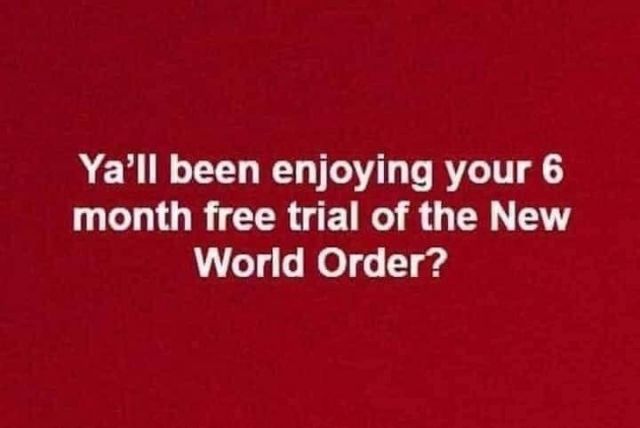 An agent of the Luciferian Roman Zionist Cabal boasted of the plan to enslave Americans before the implemention of the US slavery system installed under the Emergency Banking Relief Act and the Trading with the Enemy Act on March 9th 1933. Edward Mandell House had this to say in a private meeting with President Woodrow Wilson about the Talmudic Usury Debt Slavey Plan:

“[Very] soon, every American will be required to register their biological property in a national system designed to keep track of the people and that will operate under the ancient system of pledging. By such methodology, we can compel people to submit to our agenda, which will effect our security as a chargeback for our fiat paper currency. Every American will be forced to register or suffer being unable to work and earn a living. They will be our chattel, and we will hold the security interest over them forever, by operation of the law merchant under the scheme of secured transactions.

Americans, by unknowingly or unwittingly delivering the bills of lading to us will be rendered bankrupt and insolvent, forever to remain economic slaves through taxation, secured by their pledges. They will be stripped of their rights and given a commercial value designed to make us a profit and they will be none the wiser, for not one man in a million could ever figure our plans and, if by accident one or two should figure it out, we have in our arsenal plausible deniability. After all, this is the only logical way to fund government, by floating liens and debt to the registrants in the form of benefits and privileges. This will inevitably reap to us huge profits beyond our wildest expectations and leave every American a contributor to this fraud which we will call “Social Insurance.” Without realizing it, every American will insure us for any loss we may incur and in this manner, every American will unknowingly be our servant, however begrudgingly. The people will become helpless and without any hope for their redemption and, we will employ the high office of the President of our dummy corporation to foment this plot against America.”

The enslavement of the American people orchestrated by Constitutional Banned banned parasite class should now be blazingly obvious to every American that has been paying attention to rogue Shadow Government activities through the Rockefeller – CROWN – WEF – FAUCI – GATES – CDC Vaccine Corp. Plandemic.

All is not  well in America:

Please note who oversees the BAR system running the so called legal system across America (NOT a Judicial Branch) on page 20 of the following Military Government – Civil Authority Manual: https://1776reloaded.org/joomla30/images/PDF/Occupation/FM-27-5-1947.pdf

Please see my prior post for definitions cited herein and a much deeper understanding of the hidden history that brought us to this point in time. 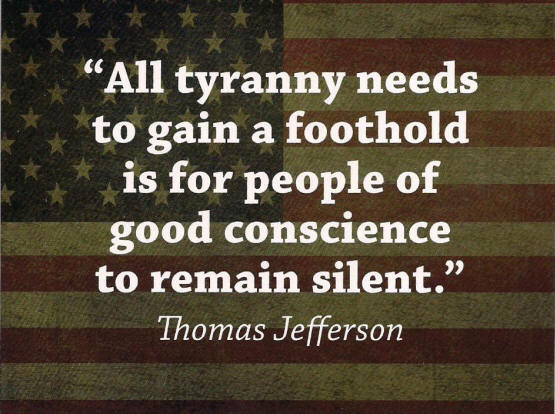 Note by 1776Reloaded.org: AVR / Lighthouse Law Group did not endorse the mirroring of their original post / video on BIN or Brighteon and nothing published by this writer in any publication, article on any platform is in any way associated with, or endorsed by AVR or LLG.

This information contained herein is being shared for educational purposes. Based on this writers investigations over the last 15 years, information provided by AVR is accurate to the very best of my knowledge.

The notes below are from the original Video Posting on Fascist Tube: https://www.youtube.com/watch?v=uDphBaZOL8U  [Uploading to Brighteon].

Anna Von Reitz with Mark Emery of Lighthouse Law, June 11th, 2020 According to the Bible, countries are under judgment for their wrongdoings. These countries on Earth are run by the Deep State which is very criminal. If you want to get out from under judgment in America, you can declare your country as America. Your country is then based on your state of birth. You then claim your status such as Oklahoman and are an American State National. These videos help you understand this. You can accomplish this by going to http://coppermoonshinestills.com/id71…, doing exactly as it says, and getting a passport and/or passport card. The American States Assembly. Find the state of your birth and JOIN! https://theamericanstatesassembly.net/. LEGAL NOTICE: The Authors specifically invoke the First Amendment rights of freedom of speech and of the press, without prejudice, on this website. The information posted on this website is published for informational purposes only under the rights guaranteed by the First Amendment of the Constitution for the united States of America. Images, text and logic are copyright protected. ALL rights are explicitly reserved without prejudice, and no part of this website may be reproduced unless by written consent. You hereby have written consent to post any individual post from this website containing this copyright to any other blog or email only if you post the whole and unaltered article including this copyright, and give proper credit to the authors, and a link back to this website at http://www.annavonreitz.com, or post the title of the article and a snippet with a link to the article on our website. This copyright is held by Anna Von Reitz, and Paul Stramer jointly. Â©2015-2020 All rights remain in force. Removing this notice forfeits all rights to recourse. Copyright strictly enforced Â©

1776Reloaded.org BIN article mentioned at the top of this message:

All articles by this author: /v3/contributor/stories/?uid=713008

“I care not what puppet  is placed on the throne of England to rule the Empire. The man who controls Britain’s money supply controls the  British Empire and I control the British money supply.” It also controls the FED and the UNITED NATIONS who’s original ownership is found below (click hyper link).