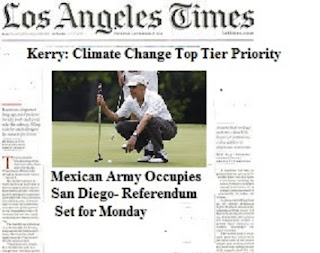 University of Southern California professor David Ulin has written an op-ed in the LA Times warning that our detention policies on the US-Mexico border could be leading us into something akin to Nazi Germany’s policies toward Jews. It deserves a response. Below is the article:
————————————————————-
Why ‘never again’ is right now in America
By David L. Ulin
Source: https://enewspaper.latimes.com/infinity/article_share.aspx?guid=97bc0d5b-f5b3-475a-9cf7-ca4101b0cbe4
We live in a country where people are being held in concentration camps.
I’m Jewish; I do not use the term “concentration camp” lightly. I know all the ways it’s dangerous to compare what is happening now in the United States with what took place in Germany three-quarters of a century ago. As Edna Friedberg of the United States Holocaust Memorial Museum rightly pointed out last month, glib comparisons to Nazi atrocities undermine history and the cruel complexities of the Jewish genocide. We should not, as she observed, rely on “Holocaust terminology to bash anyone or any policy with which [we] disagree.”
Still, with every new revelation of abuses at the southern border, as well as the threats of ICE raids and deportation actions in sanctuary cities, I find myself agreeing with Rep. Alexandria Ocasio-Cortez (D-N.Y.), who prompted Friedberg’s warning with this Instagram post last month: “The fact that concentration camps are now an institutionalized practice in the home of the free is extraordinarily disturbing, and we need to do something about it.”
Ocasio-Cortez’s rhetoric is provocative; that’s the point. She’s trying to stir us up. “I want to talk to the people who are concerned enough … to say that ‘never again’ means something,” her post went on.
That’s me. I stand with every Jew who has begun to say loudly and directly that “never again” is now.
Of course, the situation in this country is distinct from what occurred in Nazi Germany. I don’t use the phrase “concentration camp” to equate the two but to illustrate a variation on a horrendous theme.
In 1946, George Orwell addressed the relationship of language to reality and suggested that euphemism, not imperfect analogy, was the real danger. If we don’t use shocking language to describe a shocking circumstance, can we truly recognize what is happening?
“To see what is in front of one’s nose needs a constant struggle,” Orwell wrote. At a time when the counterfactual is commonplace, he nails our predicament.
Republican lawmakers reflexively label Ocasio-Cortez and other progressive Democrats as anti-Semitic. This is its own sort of affront, as if the Jewish community existed to provide cover for the inhumanity of the administration’s border policy. Who are those politicians to speak for us? At the same time, some prominent Jewish leaders have chosen to echo that fallacious charge.
In a recent Fox News opinion piece, Rabbi Abraham Cooper of the Simon Wiesenthal Center in Los Angeles called Ocasio-Cortez’s remarks “obscene, shockingly ignorant, and an insult to the memory of the 6 million Jews and millions of others murdered by the Nazis.” Another Los Angeles rabbi, David Wolpe, argued: “Analogies that evoke the Holocaust are, with the rarest of exceptions, presumptively offensive and unwise.”
With all due respect, in this case the rabbis are wrong.
Let me say it once more: What the U.S. government is doing to migrants and asylum seekers, however shameful and inhuman, is not equivalent to the Holocaust. There is no organized extermination program, no slave labor. We are not gassing anyone.
The Final Solution, however, did not emerge full-on but incrementally. It was implemented in 1941, but its roots lie in Hitler’s anti-Jewish policies in the early 1930s — the normalization of discrimination and hate speech, then the detentions and the stripping away of rights. Sound familiar? Remembering the progression makes it all the more important that we use the right words to describe what we are seeing, in real time.
Concentration camps, historian Andrea Pitzer has written, have a long, precise lineage. “Mass detention without trial,” she explained recently in the New York Review of Books, “earned a new name and a specific identity at the end of the nineteenth century. The labels then adopted for the practice were ‘reconcentración’ and ‘concentration camps’ — places of forced relocation of civilians into detention on the basis of group identity.”
If that doesn’t define what’s happening at the border, what does?
It is because of the Holocaust that we must refer to the government’s detention centers as “concentration camps.” We become complicit if we do not speak up. We know the cost of silence. Calling the camps by their true name does not demean or diminish the Holocaust; it respects the millions who died. Our bearing witness is their legacy.
Eighty years ago, in Germany, I would not have been allowed to write this in a newspaper. Seventy-five years ago, I would not have been allowed to live. I write it today, not because the situations are perfectly analogous, but because we must do everything in our power to ensure they never are.
David L. Ulin is a contributing writer to Opinion.
———————————————————————————————————–
Below is the text of my letter to the Editor, LA Times as a reader response.:

As a Christian who is deeply concerned about the resurgence in anti-semitism worldwide, I take exception to Professor Ulin’s comparison of our illegal alien detention centers to Nazi concentration camps. Contrary to what Ulin would have us believe, Alexandria Osasio-Cortez’s remarks were totally off the mark and based on unverified complaints of one female detainee.

The fact is that our Customs and Border agents and the border itself are overwhelmed by a massive human influx into our country that is unprecedented. They do not have the funding, the manpower, the facilities, or the resources to adequately handle the problem. In addition, they are being condemned as “human rights violators” by those on the left.
Any comparisons to Nazi Germany are absurd-even to suggest that we are drifting in that direction. Nazi Germany was not being invaded by Jews or anybody else trying to cross their borders without permission. Those they placed in camps like Dachau and Buchenwald were political opponents, Jews, and others they deemed unfavorable. The Jews were not trying to kill Hitler or overthrow the regime. Of course, we all know that with World War II came the extermination camps in Poland, like Auschwitz. Does Professor Ulin actually see us headed in that direction?
Rather than try to invent a connection between Jews and people trying to enter our country illegally, even using political asylum as a scam- which in most cases, it is a scam- Ulin should be paying more attention to the actual purveyors of today’s anti-Semitism. As a USC professor, he wouldn’t have to look far. The focal point of the resurgence of Jew hatred in the US is on our university campuses in the form of anti-Israel agitation.

Source: http://garyfouse.blogspot.com/2019/07/la-times-nonsense.html
Before It’s News® is a community of individuals who report on what’s going on around them, from all around the world.