Hillary Clinton Secretly Running For President of The United States!! This Is Evil; Hillary Teases 2020 Run: "I'd Like To Be President"! +Video

She is grasping at anything to keep from being arrested.

No Freakin’ Way!!!!! This evil she demon should’ve been locked up before now!!

She wants to get that historic first woman moment , as well as taking it away from Trump in a glorious woman moment breaking that glass ceiling , as she would say . Even to the point Warren has to worry I believe. She will use all her wicked ways to gain this for sure , predicted…..

Will that cackling old hag ever go away ?

President Trump’s wish may be about to come true. 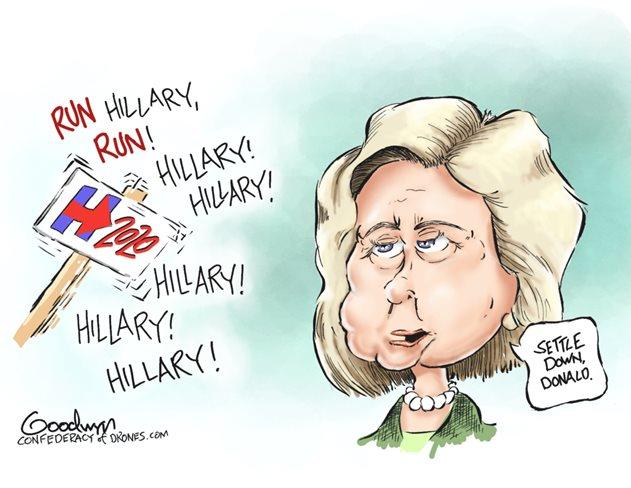 During a Q&A with Recode’s Kara Swisher this weekend, Hillary Clinton addressed the question of whether she would run for President again in 2020. Her response was ‘mixed’ as while initially answered “no” when asked, she quickly followed up – after some groans of sadness from her lapdog audience that “well, I’d like to be President,” she admitted with a smug cackle… 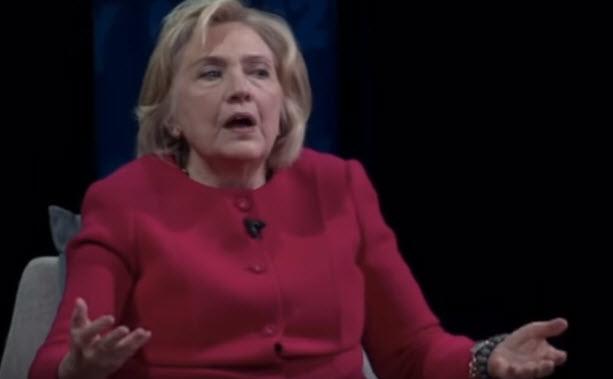 “Look, I think, hopefully, when we have a Democrat in the Oval Office in January of 2021, there’s going to be so much work to be done.”

“The work would be work that I feel very well-prepared for, having been in the Senate for 8 years, having been a diplomat in the State Department. It’s just gonna be a lot of heavy lifting.”

“I’m not even going to think about it until we get through this November 6th election about what’s going to happen after that.”

Full clip below (via The American Mirror)

As a reminder, it was a year ago that President Trump said that he hopes Hillary Clinton runs for president in 2020.

“Oh I hope Hillary runs,” Trump said during a press conference at the Rose Garden.

“Is she going to run? I hope – Hillary, please run again!”

And, as  The American Mirror points out, it’s not entirely out of the question. Newsweek reported earlier this month:

A longtime aide to Hillary Clinton hinted that while it’s unlikely, it’s not impossible that the United States gets a rematch election in 2020. Yes, there seems to be an ever-so-slight chance President Donald Trump could see a familiar foe come his bid for re-election.

The aide, Philippe Reines, made the comments in a Politico piece—titled “How Do You Solve a Problem Like Hillary?”—that examined, in detail, what Clinton’s role might be moving forward in Democratic politics. The former secretary of state has remained in the public eye after her shocking election loss to Trump, and she’s set to soon embark on a speaking tour with her husband, Bill Clinton, the former president. Her future could be appearing at rallies and, importantly, fundraising for Democrats.

“It’s curious why Hillary Clinton’s name isn’t in the mix – either conversationally or in formal polling – as a 2020 candidate,” Reines said.

“She’s younger than Donald Trump by a year. She’s younger than Joe Biden by four years. Is it that she’s run before? This would be Bernie Sanders’s second time, and Biden’s third time. Is it lack of support? She had 65 million people vote for her.”