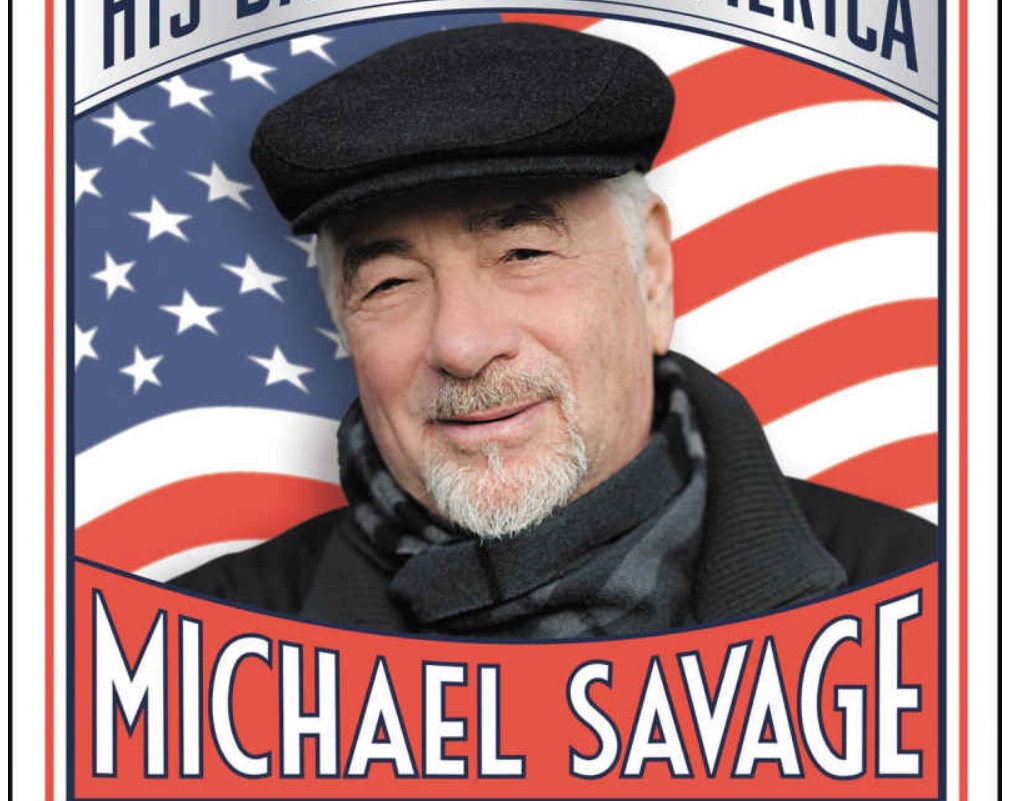 In an exclusive interview with Breitbart News, conservative radio legend Michael Savage offered his insights on President Donald Trump’s standing in the 2020 presidential election, the ongoing Chinese coronavirus pandemic, and what he described as the Black Lives Matter movement’s goal of ushering in a “communist revolution” in the United States. Savage also dove deep into the genesis of his forthcoming book — Our Fight for America: The War Continues — and revealed what he believes is the most pressing issue which President Trump should address if he wins re-election in November.

JOSH CAPLAN: We’re less than 60 days away from the election. Both Biden and Trump completed their conventions. It remains unclear where we are with regards to polling. Some show Biden is leading nationwide, others show Trump is gaining ground on him. How do you feel about the president’s changes of winning re-election?

MICHAEL SAVAGE: Conservatives don’t answer polls. We have no idea where they really stand. In terms of Trump moving up, I think the out of control violence in America, which is clearly a communist revolution, Trump is running as a law & order candidate. I’ve been complaining on my show that if you want to do something about it, stop telling us you’re going to do it and just do it now. These communist revolutionaries are not idiots, they are well funded. But he did, he deputized the Oregon State Police and they shot one of the murderers, which was a step towards controlling them. I think the non-stop riots and mayhem from the fraudulent group, Black Lives Matter, a Marxist, antisemitic organization, anti-capitalist, these riots are working in Trump’s favor. Biden, the hologram in the basement, so far has said nothing, except as a Johnny-come-lately that it will be quieter if he becomes president. How? They’re suddenly going to go home, get a haircut, and get a job at Starbucks after they burn the store to the ground? I think the race is moving toward Trump and I do think that he’s under-polled.

JOSH CAPLAN: I want to follow up with you on the idea the riots can only help Trump. Although that appears to be the consensus in political circles and parts of everyday America, can too much rioting end up hurting the president? Is there a suprise X factor regarding the violence you would warn about? Could this actually backfire?

MICHAEL SAVAGE: It’s a tricky situation. I think the Republicans have made a calculation to keep the riots going because they know it’s working in their favor. I know how cynical that sounds, but we know what politicians are. In some ways, there are no white hats. Could it backfire? At some point, it must stop and if Trump cracks down too hard, he’ll fall right into the sandtrap that they’ve laid for him, and call him a facist and say, “See, we told you he’s a Nazi.” He can’t go full military, even though it’s been done since Eisenhower’s time. This is not just one night. It’s been 100 days of riots in Portland. They chased the mayor out of his condo. He thought he could keep feeding the beast and that the beast would say “thank you.” I don’t believe in sacred cows, whether they are animals or human.

JOSH CAPLAN: I want to shift gears to the coronavirus pandemic. Once again, you found yourself in a Paul Revere situation, where you were sounding the alarm about something that others were not, even telling the president things that were quite different from what your viewpoint was. Why do you think you understood the threat the coronavirus posed and was there an exact moment where you recall you began to take things very seriously?

MICHAEL SAVAGE: Let me start with now. The CDC data, which has been buried, says 180,000 haven’t died from coronavirus, only 8,000 have died from COVID-19, all the other deaths were due to related illnesses and underlying conditions. But does that diminish the lethality of this virus? The answer is no. It’s still a very lethal virus. Now you have this terrible situation of hospitals reassigning deaths to COVID-19 because they collect more money from insurance of the federal government. There’s been a complete distortion of virus deaths. I took it very seriously because I saw apparently health, young guys in their 20s who were dying. Then you had others getting really, really sick. Then the world panicked and we got into lockdown because the politicians made a mistake. This was based on Dr. Fauci — who I call Dr. Fraudy — he’s like a zombie bad guy. He is a power-mad career bureaucrat, who survived over 40 years in the NIH. What does that tell us about him? He’s a politician, he’s not a scientist at all. Moreover, I saw this coming because I’m a trained epidemiologist. I also keep referring to a scientific paper that I’ve carried with me since the 1970s called Sorcery, Illness, and Social Control in a Philippine Municipality. It’s all about how witch doctors used illness to control the populations in villages through fear. People like Fauci and Dr. Birx are sorcerers, they’re not scientists. They use sorcery.

JOSH CAPLAN: Your next book — Our Fight for America: The War Continues — is set for release September 15th. It’s an overarching analysis of the past four years, from the Trump administration’s triumphs to the the crises the country faces. What’s the most important message you tried to get across to readers with this book?

MICHAEL SAVAGE: I really feel it will be my last political book for a number of reasons. I think my radio career is coming to an end. I think the nation we’ve come to know is coming to an end. The first chapter is called the twin plagues — “Covidism and Communism.” The Covidism has brought in pure socialism and it’s leading, with the riots, to communism if we don’t stop this. It’s my last-ditch effort to sway the election toward Trump. He’s all we got between us and the deluge. Biden is the Manchurian candidate. He’s a frontman. Look at who he picked. Kamala Harris is the most corrupt of all of them. It’s not about Biden, it’s about who will be president in three to six months. The real candidate is Kamala Harris, who is a product of the most corrupted political system in the entire country, which is the Getty-Pelosi complex which has destroyed the state of California. Chapter 2 of my book is called “The Virus Profiteers.” Fortunes are being made on the public health disaster. The book ends with the chapter about staring into the abyss, which is where we are right now. In our hearts, we think this is all going to work out, because as humans we have to think that way.

The last chapter is about the French Revolution to the American Leftist Revolution, from climate hysteria to racial hysteria. We are staring into a self-made oblivion. Everything that has previously defined the greatest nation in human history is erased. Rather than fighting with our breathe to avoid it, we are running head-long into the chasm like lemmings stampeding over a cliff. As Dostoevsky wrote, “When I fall into the abyss, I go straight into it, head down and heels up, and I’m even pleased that I’m falling in just such a humiliating position, and for me I find it beautiful.” I don’t find it beautiful — not at all. When no one stopped the radicals from knocking down Confederate war statues, you said nothing because you weren’t a Southerner, then when they came for George Washington’s statue, you said nothing because it’s only a statue, but when they beat up your grandmother in the street in New York, there was no one left to help her. We’re living through an outright communist revolution.

JOSH CAPLAN: Let’s circle back to the first question I asked — the topic of 2020 — if President Trump wins re-election what is the most pressing issue that you believe he must address first on day one of his second term beside the violent unrest?

MICHAEL SAVAGE: The economy. The country is fundamentally bankrupt. This administration is drunk on irresponsibility. I’ve never seen anything like it. It reminds me of King Ludwig II of Bavaria. That didn’t end well for Bavaria or King Ludwig II. He bankrupted the Treasury through his vast spending, including building palaces for himself. This bail out stuff, the PPP money, and the billions that were taken by the cronies have to stop. Fiscal irresponsibility must stop day one if Trump wins. Did Trump have to do it? You can to keep the economy going and preventing people from going into the gutter and breadlines, yes, he had to do it. But there comes a point where you can’t do it anymore.

The above interview transcript has been slightly edited for clarity.