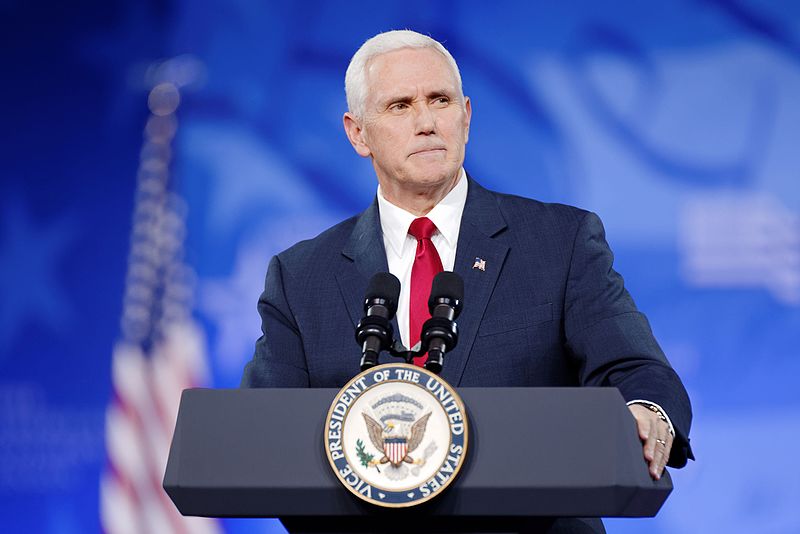 On January 6, a joint session of Congress will open with Vice President Pence presiding as president of the Senate.  His power will be plenary and unappealable.  You heard that right.  As president of the Senate, every objection comes directly to him, and he can rule any objection “out of order” or “denied.”  His task will be to fulfill his oath of office to protect and defend the Constitution of the United States and to ensure that the laws be faithfully executed.  This is a high standard of performance, and V.P. Pence will have two choices.  He can roll over on “certified” electors, or he can uphold the law.

Article II, Section 1 of the Constitution gives state legislatures “plenary authority” as enunciated in Bush v. Gore.  This is key, since the counting of votes is discussed in Article II, the 12th Amendment, and 3 USC 15.  To this we must add the history of counting and objections recounted by Alexander Macris (here and here).  Put bluntly, it’s as clear as mud.  Add to that the fact that the contested states of Arizona, Georgia, Michigan, New Mexico, Nevada, Pennsylvania, and Wisconsin have sent dueling slates of electors to D.C.  This means that the V.P. has to decide how he will handle the situation when two sealed envelopes are handed to him from any of those states.

Macris points out that in 1800, even with constitutional deficiencies in Georgia, Thomas Jefferson blithely counted defective electoral votes from Georgia, effectively voting himself into the presidency.  This demonstrates that the president of the Senate is the final authority on any motions or objections during the vote-counting.  There is no appeal.  That doesn’t mean there won’t be any outrage.  Whatever Pence does, people will be angry.  But what does the law demand?

Seven contested states clearly violated their own laws.  Rather than list the facts, which have been detailed in multiple articles, we must consider the following:

An election is a process of counting votes for candidates. Only valid, lawful votes may be counted.  A valid lawful vote is:

Any process that does not follow these rules is not an election.  Anything that proceeds from it cannot be regarded as having any lawful import.

Most commentators suggest that a process of collecting pieces of paper with marks on them is an election regardless of errors, omissions, and even deliberate malfeasance.  This is a mistake.  Imagine a golf tournament where every bad shot by one player gets a do-over, but the competing player has to follow USGA rules in detail.  One player gets to drop freely out of hazards, but the other has to tackle every embedded ball as it lies.  The result is a travesty.

The same thing applies to elections.  If there are a handful of improper votes, we can suggest that there was in fact an election, perhaps tainted, but the election wasn’t materially harmed.  But when the people charged with managing the election decide to ignore the law, whatever process they supervise is not the process defined by the law.  Therefore, it is not an election.

This leaves V.P. Pence with a dilemma.  He is a gentleman who regards our governmental traditions with a degree of reverence, so he will be reluctant to take any bold action.  But as an honorable man, faced with massive illegality, he must act to protect the law.  Consider how things might go down as the two closed envelopes from Georgia are handed to the V.P.  Rather than opening them, he says:

In my hand are envelopes purporting to contain electoral votes from Georgia.  They are competing for consideration, so it is essential that I consider the law that governs this.  That law, according to the Legislature of Georgia and Article II, Section 1 of the U.S. Constitution is the Georgia statute that includes procedures for signature-matching on absentee ballots, a requirement that all absentee ballots be first requested by a legitimate voter, and that election monitors be meaningfully present at all times while votes were counted.

The Georgia secretary of state, who is not empowered by the U.S. Constitution to make changes to election law, entered into a Consent Decree that gutted these protections enacted by the Georgia Legislature.  The processes that he prescribed and were ultimately followed were manifestly contrary to that law.  Further, the State of Georgia, in unprecedented concert with other states, suspended counting of ballots in the middle of the night, covering its conspiracy with a false claim of a “water main break.”  We now know from surveillance video that many thousands of “ballots” were counted unlawfully in the absence of legally required observers.

Finally, the State of Georgia, under the authority of secretary of state Brad Raffensperger, a non-legislative actor, used fatally flawed Dominion voting machines that have been demonstrated to be unreliable.  In testing, the error rate of Dominion machines has exceeded 60%, far in excess of legal limits.  They are designed to facilitate fraud without creating the legally required paper trail.  This alone is far more than enough to swing an election.

Therefore, the chair rules that Georgia has not transmitted the votes of any presidential electors to this body.  Georgia presents zero votes for Donald Trump and zero votes for Joseph Biden.

The central point is that the VP, as the presiding officer and final authority, has the unquestionable authority to declare that the states in question have not conducted presidential elections.  There will be wailing and gnashing of teeth, but no one has the authority to override his decision.

The statement says nothing about who might or might not have “won” the contested states.  Rather, by not following their own laws, as enacted by their own legislatures, they have violated Article II, Section 1.  Thus, they have not conducted an election, and their results are void.

If the votes of all seven contested states are registered as zero, President Trump will have 232 votes, and Joe Biden will have 222.  The 12th Amendment says, “[T]he votes shall then be counted[.] …  The person having the greatest number of votes for President, shall be the President[.]“

In plain language, Donald Trump will be re-elected, since he has a majority of the actual electoral votes.  There will be no need to involve the House of Representatives to resolve a contingent election.

Richard Nixon chose not to contest the 1960 election because he felt that winning that way would lead to an ungovernable country.  If V.P. Pence does this, that same argument might be made.  But is the country governable even now?  Blue states such as California, Oregon, Washington, New York, New Jersey, and Michigan are already operating in an openly lawless manner with their “emergency” “COVID-related” restrictions.  Their denial of the civil rights of law-abiding citizens is horrific.  Their refusal to do basic policing and law enforcement is a recipe for open war.  How much worse would things be if the V.P. lived up to his oath and upheld the law?

Ted Noel posts on multiple sites as DoctorTed and @vidzette.