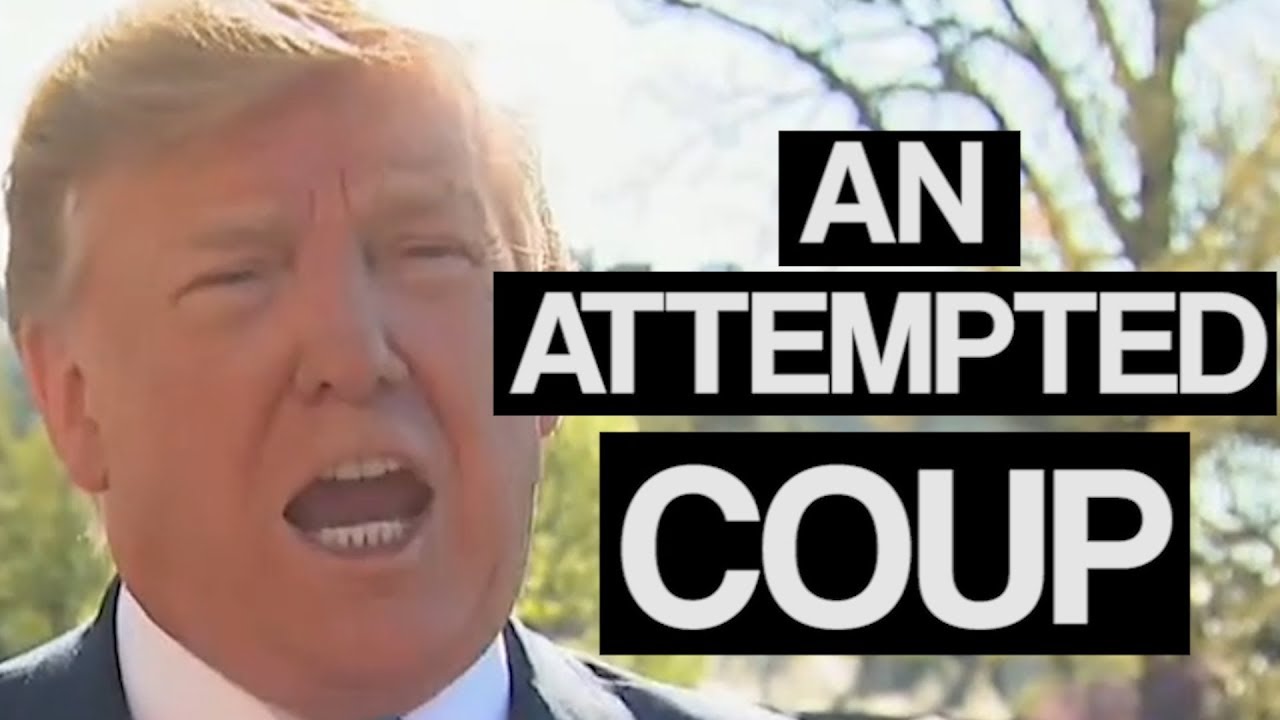 It’s out in the open for everyone with eyes and ears, not only here in the United States but around the world.  The November U.S. Presidential election produced a fraudulent result — appearing to deliver a defeat for extraordinarily popular and remarkably successful incumbent President Donald Trump and a victory for extraordinarily unimpressive Democrat challenger Joe Biden.

Trump drew crowds of 35-40,000 and more at every rally. Biden couldn’t attract more than a few dozen at his public meetings — none of which could be called rallies. Biden’s handlers decided on a basement strategy early on, recognizing that a discharged and failing battery was no match for the orange energizer bunny.  Additionally, why take the risk of gaffes in public appearances when you know that the fix is in with upcoming multilevel vote fraud.  First, a refresher and some background.

Donald Trump was elected President in 2016 as an outsider, the candidate whose “Make America Great Again” platform included draining the Swamp and taking on corruption in Washington.

Prior presidents had generally accommodated Washington corruption, and it naturally grew over time.  A major contributing factor that compelled Trump to run was that under the Obama administration corruption became egregious. First Amendment rights were violated in new ways with surveillance conducted on select media reporters who criticized Obama, and with muzzling of some 160 patriotic conservative groups by Lois Lerner in her position as director of the Exempt Organizations Unit of the Internal Revenue Service. Then there was the outrageous saga of Secretary of State Hillary Clinton and her husband and ex-president Bill who played tag team in shaking down foreign governments for nearly a billion dollars, which got shoveled into the Clinton Foundation.  All the while Secretary Clinton flagrantly violated U.S. Code § 1924 that prohibits the private storing of classified documents and confidential state matters, which she circumvented by use of an unsecure private server and email system. That was obviously implemented to cover up her conflicts of interest while serving as secretary.

And then there was Obama’s achievements: the Iran Nuclear Deal was consummated with the payment of $1.7 billion to the ruling mullahs in Iran, which the Senate wouldn’t have ratified were it a treaty rather than a backchannel deal. Obama’s crowning achievement — er crime — that lead us to today’s vote fraud dilemma was his oversight and approval of massive clandestine surveillance on Trump, his family and his entire campaign staff by way of an earlier fraud — the illicitly obtained FISA warrants to authorize surveillance — that were undertaken to facilitate an impeachment coup.

Because Trump was an outsider committed to fighting corruption and changing Washington’s ways, multiple coup plots against him were contemplated even before he was inaugurated. Taking down General Michael Flynn was just the beginning of the siege of President Donald Trump by the Deep State, instigated by the FBI Director James Comey. Flynn’s takedown was immediately followed by two years of the Mueller Commission investigation into Trump’s alleged ties to and collusion with Russia. Try as they might, no substantive evidence could be found. Then the baton was passed to House Speaker Nancy Pelosi who commenced impeachment hearings.  That too failed for lack of evidence.

Since there were no penalties from the previous coup efforts based on the fraudulently obtained FISA warrants, it’s only natural that the Deep State and Democrat Party operatives were emboldened to make a third attempt by seizing on the coronavirus crisis to continue the coup effort in Trump’s fourth year — this time putting in the fix on the November 2020 Presidential election.

They took advantage of the lockdowns and public fear and pushed specific actions to game the system to increase their delivery of votes leading up to election day. First they legitimized the wholesale distribution of ballots and mail-in balloting, and then they blanketed swing states with armies of lawyers filing suits to challenge voter ID laws, signature verification laws and extending the deadlines for mail-in ballots.  Changing rules in these ways in key swing states created ambiguities that contributed to voting irregularities, such as over-voting, ballot harvesting, filing fraudulent ballots from dead people still on the voter rolls, ballot dumps, and other fraud and poll place shenanigans.  And then there was the use of Dominion voting machines and software technology that were implemented in various jurisdictions in all swing states as well as 18 others.  Dominion vice president of U.S. engineering, Eric Coomer, is on record acknowledging the programmability of Dominion voting technology to fix votes, saying “Don’t worry about the election; Trump’s not going to win. I made f***ing sure of that!”

People who think Trump is hated for his loud braggadocio persona and style don’t get it. Trump was targeted from the beginning because he threatened the Deep State, which includes a self-serving corporate elite, their Washington lobbyists, the internationalist establishment in and out of government, the one-sided politically corrupt media, as well as a myriad of unaccountable agencies that include the FBI, CIA, FEMA — to name only a few powerful bureaucracies that now operate with almost no Constitutional constraints.

Donald Trump was uniquely prepared and chosen for such a time as this.  Seen in the context of historical America, the speed at which the demise of Constitutional law and rule in America was advanced during the Bush and the Obama administrations years is startling.  And today, it’s quite obvious — for Supreme Court justices and all Americans to see — that we are in the last stage of the takedown and final usurpation of the Constitution of the United States.

With distrust, division, and corruption being so prevalent in the big cities and lower courts of many of the contested states — as to nullify the seriousness of over 400 affidavits documenting vote fraud and polling place irregularities, documenting that there were more votes cast than registered voters in quite a number of jurisdictions, and overwhelming evidence of massive computer driven vote manipulation associated with key states’ use of Dominion Voting Systems, and pay-to-play corruption at the highest level of Republican Party-led Georgia government to contract with Dominion to use their voting machines — the Supreme Court is compelled to adjudicate.

The American people cannot allow fraudulent election results or even the appearance of such to stand.  It undermines the Constitution and demoralizes the citizenry.  When people lose confidence in the integrity of elections, their respect for government is eroded and their willingness to comply with the laws it legislates is undermined.

Democrats and some establishment Republicans may want to pursue the easier course of denial and ignore the facts of massive vote fraud because it delivers their desired results and/or it protects their crimes, but the world is watching to see what we do as a nation.  Allowing proven election and vote fraud to stand would irreparably damage the nation’s moral authority and relegate the United States to the status of banana republics and communist regimes. And with that status would come ever more corruption, cynicism and even the collapse of the U.S. currency.

The U.S. dollar is backed by nothing except the full faith and credit of the United States.  If that faith and trust deteriorates, so does the nation’s currency.  No one wants to talk about it, but the U.S. financial balance sheet is now in its weakest condition in the last 200 years. Between 1960 and 2000 the total national debt-to-GDP ratio averaged between 35-55%.  By 2010 debt-to-GDP rose to 90%.  With the $3.5-trillion-dollar COVID pandemic bailout-stimulus, total national debt is now nearly $27.5 trillion and the U.S. debt-to-GDP stands at 128%, a ranking shared with countries like Mozambique and Eritrea.

For those with critical thinking faculties and a knowledge of history, there can be little doubt that this extraordinary energetic leader Donald Trump is what is needed for a time such as this. With America facing almost insurmountable challenges and unfinished business, a decisive majority of Americans voted for his reelection because they sensed that a return to a corrupt establishment government was simply not an acceptable option.  The Supreme Court needs to do its job of adjudication and protect and save the Constitution at this critical time.

Scott Powell is senior fellow at the Discovery Institute and founder of RemingtonRand LLC, a law partner search firm .  Reach him at [email protected]Org