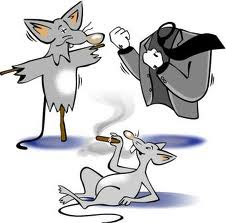 Now that Donald Trump is no longer in office and Joe Biden is president, all is well with the world. Good has triumphed over evil, and our news media has switched-on a dime- from being in opposition to everything Trump stood for and tried to accomplish to being, once again, the State-run press.

On Inauguration Day, the reporting of our media was downright fawning, as if Abraham Lincoln had descended from Heaven and retaken the reins of power. But it wasn’t Abraham Lincoln, and it wasn’t the Gettysburg Address; it was Joe Biden, an empty-suit veteran of five decades in Washington who had never accomplished anything of note other than be repeatedly re-elected. Yet, the accolades and the superlatives rained down all day long from CNN, MSNBC, ABC, CBS, and NBC. Some of the language was downright hysterical.

Meanwhile, one-trick pony and former comedian Jimmy Kimmel continues to rant about Trump-now ensconced in Mar-a-Lago, Florida. Kimmel hasn’t told a joke in months. He just rails angrily against Trump somehow forgetting that Biden is now president because, after all, he’s not going to spend 4 years joking about Biden even though there is a wealth of material.

In spite of Old Joe’s talk about unity in his Inauguration speech, the Democrats are pushing ahead with an impeachment trial of Trump. There will be no unity. Anybody who voted for Trump, carried a sign for Trump, or those in Congress who defended his protests that the election was stolen is to be publicly castigated, driven from public office, driven from public life. The assault on free speech will continue. Old Joe can talk about unity all he wants and how he will be president for everybody. He isn’t strong enough to stand against the Jacobins in his party. Within a year or two, they will gently tell him that he needs to resign due to his declining “health”. The truth is Old Joe doesn’t have his fastball anymore, and everybody knows it-even those who refuse to say it-like the State-run press.

It should also be noted that though there was no riot in Washington on Wednesday, riots did ensue that evening in Portland and Seattle. No, it wasn’t Trump supporters. It was Antifa letting us know that replacing Trump with Biden was not going to bring peace to our streets. They stand for anarchy-no matter who is in power, and they are not going away. So while the new Department of Justice is now free to go after right-wing extremists, they cannot turn a blind eye to those on the left, like Antifa. Then again, they might.

In that respect, I am hopeful that the incoming AG, Merrick Garland, will not ignore Antifa. He may be center-left or even liberal, but I have reason to believe he is no Eric Holder, a man who corrupted the DOJ under Obama.

But our news media is another story. They have been ignoring Antifa ever since it arrived on the scene. They have pooh-poohed the events last year in Portland and other places as they concentrate their indignation on right-wing groups. I will be the first to admit that I don’t know as much as I should about Proud Boys, Boogaloo Bois, and Qanon, and it behooves me to learn more. To the extent they were involved in the events of January 6 at the Capitol, I condemn them. But they pale in comparison to the documented antics of Antifa. Nobody should get a free pass when it comes to violence. Yet, when it comes to Antifa-and Black Lives Matter- that is exactly what they have gotten from the Democrats and, of course, our press.

One final observation: Not only did President Trump get no credit from the media for the speed in which a vaccine for Covid 19 was developed and approved (in record time), the media only criticized the process of getting it out to the public. “It’s a mess”, “It’s chaos”, “Can the vaccine be trusted?”. Watch now with Biden as president how it is reported. Within weeks or months, Biden will be called a “savior” for making it all run smooth. He will have “fixed” it. He will have saved hundreds of thousands of lives. Can you say, “Nobel Peace Prize”?

Once again, the dishonesty and the hypocrisy of our news media is on full display.