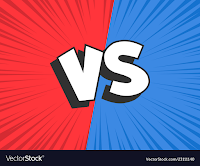 During the CNN town hall, Joe Biden answered a question by saying that he was tired of talking about President Trump.

Maybe he is, but his fellow Democrats can’t stop talking about the guy living in Florida.   From Georgia to New York, there are many investigations opening.   The New York Times wants more investigations, too.   A House Democrat wants to use the KKK law from 1871 for intimidation and incitement of Capitol riot.

As the Democrats obsess with President Trump, parents from coast to coast are sending the political class a different message:  Open the schools or else.   This is from David Catron:

In most red states, public schools opened up last fall for full time in-person instruction or some hybrid of in-person and distance learning. The blue states have, however, been considerably more dilatory about reopening. These states are, of course, governed by Democrats who are bought and paid for by the teachers unions. During the most recent election cycle, for example, the National Education Association (NEA) and the American Federation of Teachers (AFT) contributed a combined total of $43.6 million to Democrats and outside spending groups that support them. In the reopening debate, money talks and science walks. Ask California Gov. Gavin Newsom.

By the way, wonder if these Democrat politicians even send their kids to public schools?   We remember that President Clinton and President Obama did not.

So the blue vs red divide keeps widening.  On one hand, the “blues” are talking Trump “All Day and All of the Night” to quote the Kinks.  On the other hand, the “reds” want the teachers’ union to to care about the kids and to get back to work.  It’s hard to believe that those two groups are living in the same country.

And the media?  They are pitching softballs at Biden and avoiding difficult questions.  They can’t let go of Trump either.

And the public gets more frustrated because no one seems to care about them.  I guess that this is how civil wars happen, as an old teacher told me over the phone yesterday.