They think it will lift 900K out of poverty or something. Of course, how many of those remaining jobs will be given to illegal aliens? 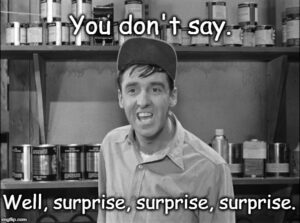 A new Congressional Budget Office report says the Raise the Wage Act – the bill to gradually raise the federal minimum wage to $15 an hour by 2025 – would increase the cumulative deficit by $54 billion over 10 years.

Supporters of the minimum wage increase have hoped the report could bolster the case for including the measure in the next COVID-19 relief package.

The report analyzed the impact of the legislation if it were enacted at the end of March. The report found the wage hike would cost 1.4 million jobs by 2025. It would also lift 900,000 people out of poverty and increase wages for 17 million people. The CBO said a wage hike would also benefit many of the 10 million people who currently make slightly more than the minimum wage.

Most likely, it would kill 2-3 million jobs, since the CBO is rather conservative in their estimates. And help half that number, because, in the real world, people’s hours would be limited, OT will be restricted, many full time jobs will become under 30 hours to avoid having to pay health insurance. CBO estimates tend to be on static situations, rather than what actually happens. Like with California companies leaving the state as they raise their minimum wage, even going to Mexico.

The CBO says the wage hike would lead to higher prices for goods and services, which would contribute to an increase in federal spending. While spending on nutrition programs would fall, spending for unemployment benefits, health care programs and Social Security would rise due to increased costs.

The CBO says Medicaid spending would increase, in part, because so many care workers would receive raises.

Wait, I’m shocked that the cost of goods and services would go up to offset the wage increase, which would reduce the power of that wage increase. Welcome to Economics 101, pal!