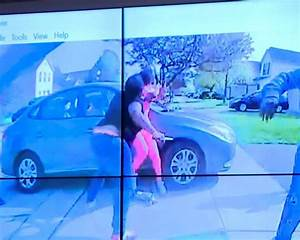 I have been reluctant to write my thoughts about the Chauvin verdict this week and about the entire subject of police shootings in general. I guess that’s for a variety of reasons; maybe it’s just too depressing a topic, maybe I just haven’t been able to get my head around it, or maybe I couldn’t put pen to paper, so to speak. But now that I have seen enough clear footage of the Columbus shooting and read some of the public reactions, I just have to say something about this shooting.

Keep in mind, I say this as someone who served almost 30 years in law enforcement, from the Military Police, to US Customs and DEA. During that time, I was involved in three shooting incidents, one of which was a full-blown shootout, and two other incidents, where I nearly pulled the trigger but didn’t. Had I pulled the trigger on one, it would have been a questionable shooting, and in the other, a tragic mistake.

So I can appreciate it when a law enforcement officer has to make a split-second decision that may afterward turn out to be the wrong decision. In the Columbus case, I am convinced that this officer made the correct decision. It is tragic that a 16-year-old girl made what may have been a split-second decision to stab another girl, and that she is now dead. The cop, however, very likely, saved the life of the second girl. Had he waited one more split-second, the knife would have struck home. The knife was drawn back and was aimed at the girl’s midsection.

I have also seen and heard some ridiculous comments from idiots like Joy Behar that the officer could have fired in the air, or the idiotic question from a hostile Columbus reporter during yesterday’s press conference as to whether the officer could have aimed for an arm or a leg. The Chief’s answer was spot on: Police are trained, rightly, that when the decision is made to shoot, you aim for upper body mass in order to stop the threat and also because it is the largest target. If you shoot someone in the arm or leg, you are likely not going to stop the threat, and you are more likely to miss and possibly strike an innocent by-stander. In this case, there were bystanders, not the least of which was the intended victim.

I am also disgusted by Lebron James’ tweeting of a message with the officer’s image and the words, “You’re next”. That is a clear threat, and he should be ashamed of himself. Up to now, I have tried to respects James’ beliefs about this entire issue, but this crosses the line. He now joins Maxine Waters as one of the nation’s chief instigators of violence.

I won’t address the Chauvin case here except to say I have mixed feelings about the verdict. Suffice to say, however, that if the Columbus officer is charged, and God forbid, convicted, it will be a sad day for policing in this country. We already see cops deciding that a career in law enforcement is not worth it. We already see cops on the beat pulling back from possible confrontations, which sometimes, have to be made. And if the police presence disappears from black neighborhoods, who gets hurt the most? It won’t be people like me living in a mostly white neighborhood in Orange County, California. No, it will be innocent black people living in mostly black neighborhoods, the very people who need police protection the most.