This has given CNN a case of the sads

With Cheney’s impending ouster, the GOP chooses Trump over principle 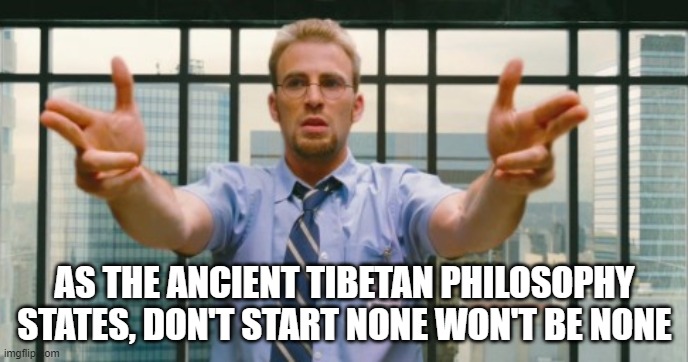 Former President Donald Trump promised to exact his revenge on Republicans who refused to go along with his election lies or turn a blind eye to his role in the January 6 insurrection. This week, Americans are likely to watch his first political casualty fall as the House GOP is poised to oust Wyoming Rep. Liz Cheney from her No. 3 leadership post and replace her with Rep. Elise Stefanik.

The decision to swap out Cheney for Stefanik, who has a far less conservative voting record but the golden calling card of loyalty to the former President, demonstrates that the GOP now values political expediency over the willingness to stand on principle in the post-Trump era.

At first, many Republicans said Cheney had the right to speak her mind and criticize Trump for his role in the insurrection as they danced around his damaging and inaccurate statements that the election of President Joe Biden was rigged. Now their worries about appealing to his base in the upcoming elections seems to have convinced them that there is no room for disagreement with the former President and that having a vocal Trump critic on their leadership team is too much of a liability.

That may be true when facing the most conservative voters who dominate the Republican primaries given that a March CNN poll showed that about 67% of Republicans said they believed Trump had a good effect on the party. But House Republicans appear to be taking a harder line than most Republicans about the need for unquestioning loyalty to Trump. More than three-quarters (76%) of Republicans or Republican-leaning independents said the party should not penalize members who expressed opposition to him.

It’s cute that CNN is still engaged in Trump Derangement Syndrome. It’s also cute that CNN is looking to defend and protect Cheney. Which is the real problem, not her TDS and loathing of Trump, as Derek Hunter at Townhall points out

There Are Simple Reasons Liz Cheney Has To Go

Imagine General Dwight Eisenhower on June 6, 1944, speaking to the troops and after saying, “You are about to embark upon the Great Crusade, toward which we have striven these many months. The eyes of the world are upon you. The hope and prayers of liberty-loving people everywhere march with you,” he tosses in a, “But not Italians, or Irish, and certainly not any of you from California because Californians suck. I hope they get shot. When the bullets start flying, use those people as human shields.” How would that go over? Not well.

Would you follow that guy into battle? Hell no. Even if you weren’t Irish, Italian, or from California, how could anyone trust him? (snip)

Absolutely not. Yet, that’s what Liz Cheney has done as House Republican Conference Chair. And that’s why she has to go.

Her failure is not because she doesn’t like Donald Trump, that is the least important part of this whole drama, but because she can’t do the job. Her job is to hold the caucus together and advance the Republican agenda. She can’t do it, and it’s all her fault.

Cheney’s raging case of Trump Derangement Syndrome aside, she has fired down her own trench too many times. Leaders, effective leaders, don’t attack their own troops. They can have differences with individuals, but when the chips are down, everyone has to be pulling in the same direction.

Imagine taking part in a tug-of-war and the person behind you, one of your own team members, is expending some of their energy kicking you in the back and cursing your existence. That’s what Liz Cheney has been doing when attacking other Republicans in Congress.

Cheney has also been more than willing to run her mouth to the media, like CNN, hence one of the reasons CNN would protect her. Even John McCain didn’t provide this amount of friendly fire to the media that Cheney has. She’s constantly aiding Democrats with her backstabbing and rants. It doesn’t help the GOP or conservatism at all. Democrats rarely do this. When they launch fire at Democrats it’s mostly about trying to push the party further towards Progressivism. She doesn’t know when to keep her mouth shut. Or maybe she just doesn’t want to, meaning she doesn’t need to be in a leadership role. And, you can very much see the people of Wyoming booting her in 2022.