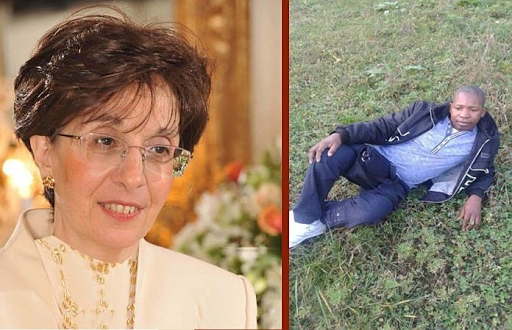 We have been writing a lot recently about the outrageous legal case in France, in which a man named Kobili  Traoré was found not guilty by a French court of having murdered a Jewish woman named Sarah Halimi in Paris in 2017. The man broke into her apartment (she was a neighbor), beat her for an hour then threw her out of her third-floor window while shouting “Allahu Akhbar”. The court determined that he was not responsible for his act because he had been smoking marijuana. In April, the French Supreme Court upheld that ruling. The killer is in a French psychiatric hospital. This past weekend, protests were held all over France and other places in Europe and the US.

But the sordid story is not over. Now we learn that a Facebook group has been set up in France to show their solidarity with the killer. Valeurs Actuelle has the report. Translation by Fousesquawk.

On Facebook, a support group for the murderer of Sarah Halimi raises indignation

A complaint will be lodged after a Facebook group named, Committee of support for Kobili Traoré  is discovered

Caption below photo: A demonstration in Paris to demand “Justice for Sarah Halimi”. Daniel Cole/AP/SIPA

It is “total indignation”.  Many Internet users were shocked to discover on Facebook, a group entitled: Committee of support for Kobili Traoré, reported Le Parisien Sunday, May 2. This man is the accused murderer of Sarah Halimi. In April 2017, this Jewish woman in her 60s was severely beaten then thrown out a window to the cry of, Allahu Akhbar”, in Belleville, in East Paris. The alleged suspect, Kobili Traoré, had been judged “legally not responsible due to acute delusional outbursts,” connected to the use of cannabis, according to several psychiatric experts in court.

The Jewish community will not let it go

As Le Parisien reports, this support group reportedly appeared on Facebook on Abril 26 and only consists of 34 members. Nevertheless, the Jewish community has not taken it lightly. The attorney for BNVCA (National Bureau of Vigilance Against Anti-Semitism), Franck Serfati, warned, “As of tomorrow, I will lodge a complaint with the State Prosecutor of Paris.” For him, it is a matter of “the most serious of injustices”. “With this Facebook group. one wonders how one could support a criminal. How can one reverse the roles and pass him off as a victim?” he wondered in Le Parisien.

“It will not be difficult to identify the authors”

After the information from the daily, the Facebook page was visible until the beginning of the afternoon, Sunday May 2. In its place, it was possible to see a padlock accompanied by the following message, “This content is not available for the moment. This problem is generally due to the fact that the proprietor has shared it only with a small group of persons”. For now, Frank Serfati, “is considering the qualification of the complaint, which will be filed May 3. The attorney envisions two options: Disputing a decision of justice and incitement to hate. “Without doubt, it will not be difficult to identify the authors of this page, the attorney warned.