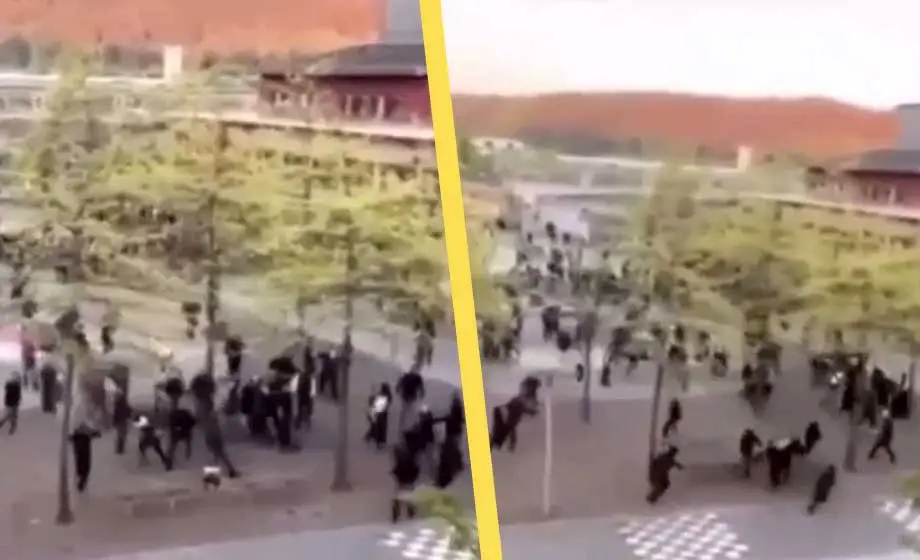 In Sweden, people tell jokes about those who live in Gothenburg, much like jokes are told in America about West Virginia, or in Switzerland about people from Berne. This, however, is no joking matter. Today, a riot and shooting broke out between some 100 members of two rival immigrant gangs. One person is dead and 2-3 others wounded. The below article from Samnytt also has a video.

Klan war in Gothenburg escalates. One executed with shot to head

On Saturday, Samnytt was able to show video clips from the “vulnerable area” of Hjällbo in Northeast Gothenburg where some 100 men took part in a violent riot with weapons in the middle of a residential area. Police responded by making contact with the gangs to mediate peace. But already on Sunday, shots broke out with new riots in the area. Two persons have been shot, one of whom with a deadly outcome. See the video from the scene below.

The ongoing conflict in the area is said to be between two clan families, including the Hjällbo Network with the infamous Ali Khan family at the helm, and has been going on since Friday. Christer Fuxberg is a police press spokesman in the region West and reports that authorities have been  working to make contact with the network “to see if there is something we can help with so there will be reconciliation again.”

Also Read: Shocking pictures from the criminal riot in Hjällbo

At 13:23, police were notified of a shooting in the area. According to information to Samnytt, two persons were reportedly wounded in the shooting, of whom, one was hit in the head and died. In total, three persons have been taken to the hospital.

Police have arrested one person at the scene suspected of murder. According to information from police sources, the shooting is an act of revenge in the ongoing conflict which is based on rivalry in the area.

Samnytt can show pictures from the scene.