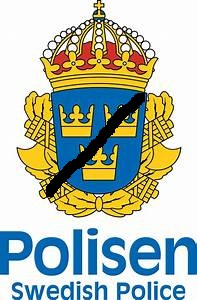 In the wake of this week’s murder of a Swedish policeman in Gothenburg, I am cross-posting and translating an article written in Katerina Magasin, the blog of Swedish writer, Katerina Janouche. (I assume she is the writer). This article sharply condemns the government and its prime minister, Stefan Löfven, for the catastrophic migration policy that Sweden has followed. (The suspect charged with the above murder is a 17-year-old Somali migrant.)

Here in America, where, sadly, we are becoming used to having our police killed in the line of duty, we should realize that this killing represents only the 31st Swedish police officer killed in the line of duty since 1900! Yes, this is a front-page story in Sweden even though murders, rapes, car burnings, and riots are basically everyday events now in Sweden. I can only hope that this article is representative of a growing outrage in that country, which is being taken over not by honest, hard-working immigrants, eager to assimilate, rather by violent criminal gangs from Muslim-majority countries who have no respect for the values of Sweden.

A declaration of war against Sweden-How many more must die before politicians act?

Not an accidental shooting, mistake, or something similar

The headlines about aggravated violence are so thick that we have become stunned. We cannot take any more. Terror, stabbings, gang rapes, torture, brutality our country has never previously suffered. But yesterday’s cold-blooded execution of a young policeman in this vulnerable neighborhood of Biskopsgården in Gothenburg-who, as far as I understand, was talking to people to gather witness statements, is another step toward a lawless and deadly country where criminal foreigners openly declare war against the society that so generously took them in and gave them all the conditions in which to live a respectable life. The incompetent police leaders have sacrificed a policeman in service. The criminals have already declared war against our Sweden, and the execution is another step in the war. What will it take for society to strike back? Löfven’s phrases at today’s press conference are just empty words. He has promised since 2014 to break the gangs. The result is that a policeman was murdered in the street. We find ourselves with an internal attack against our nation. Yet the political debate is almost exclusively about not giving the Sweden Democrats political influence. It is as bizarre as it is sick.

Many of us feel great sadness and despair that a young policeman was murdered yesterday. The month of July could not have begun worse. But there is room for many feelings in the body. Sadness over an extinguished life, meaningless death in an unsafe Sweden which is incapable of protecting neither our children, our old, or emergency personnel. And at the same time, anger over paralyzed politicians who flat-out lie and fight with each other for power as if they were a bunch of small children in a sandbox at the same time Sweden is writhing in pain and convulsions. Politicians who have been entrusted by the electorate with leading the country, who cannot complete the most basic tasks. On the contrary, politicians spit in the faces of their own people. Instead of defending their own people, they pamper criminal foreigners. The Social Democrats have allied themselves with Islamists who they help in every way they can, at the expense of the Swedish people.

A couple of years ago, I was contacted by a police officer who wanted to remain anonymous. He informed me that there was a price on a policeman’s head in the part of Sweden where he worked. The criminals gathered together a pot, which whoever succeeded in killing a police officer would get. I am leaving out which part of Sweden that was, but it was not Gothenburg. But it would not surprise me if the declaration of war against our society became more focused. The foreigners who hate Sweden strike against everything that our country is built upon: Openness, democracy, respect. They burn buildings and cars, they threaten and injure police, they threaten media and journalists, they rape, beat, murder, extort, torture, and oppress. Sweden’s undemanding migration policy and political cowardness have allowed a growing cancer of foreign clans to grow ever stronger and get a larger grip on society. Silence and fear spread, and nobody goes about secure and safe in what used to be (one of)  the world’s most respected and prominent countries. Instead, it is how a hothouse for Islamists and criminals who rape our country daily. Now how shall authorities and those in power respond to the nighly armed and occupation of our land?

Löfven’s government, whether still sitting or resigned, has the blood of a young policeman and the blood of many others on its hands. They are more guilty for this chaos and decay than the criminal gangs who hold the weapons. Someone on social media suggested that Löfven, and also Reinfeldt, should be brought before a national court. I agree.