The Race Baiters are at It Again!

Even though there is nobody in this country alive that has either been a slave owner nor a slave for over two generations, that isn’t stopping the Democrats from beating the drum for reparations yet again.

Champion race baiter Rep. Sheila Jackson Lee (D-TX) is proposing a Reparations Act co-sponsored by yet another race baiter Sen. Cory Booker (D-NJ). Together with House Democrats they wish to shove yet another bill down the throat of America by Reconciliation Vote.

I suppose we should be used to this flagrant violation of our basic idea of government that came into being by the infamous Sen. Robert Byrd (D-WV). How ironic would it be if Reparations were actually paid in this Country due to a Reconciliation Vote instituted by a KKK Grand Wizard of the 1940’s? This was a Senator that voted against the Civil Rights Act of 1964. 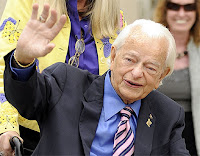 To use a Reconciliation Vote (requires a mere 51% of the vote) to pass a bill in this instance seems crazy to me. They of course have the vote in the House to pass this bill, but the Senate may be another story.

If I understand the Reconciliation vote correctly, the ruling party is entitled to one a year and there are so rules about expenditures that are attached, but in 2021 the Democrats removed the rule that all expenditures have to go through a full vote in the House and Senate.

So scarily this could possibly happen on a 51/49 vote especially with as many RINOs that still exist in the Senate and House.

You surely remember the last time a bill passed on a Reconciliation Vote, yes it was last year and it was Biden’s $1.9 trillion American Rescue Plan which was decided by Kamala Harris’s vote. This pork laden bill included relief for Covid Victims which was later reallocated to Illegal Immigrant relief.

Shall I remind you of another Reconciliation Vote……Obamacare!

In my opinion this shouldn’t even be allowed in America because it represents Democracy over a Republic! And by the way, we are a Republic!

Read more about the bill here:

Read more about how a Reconciliation Vote works: