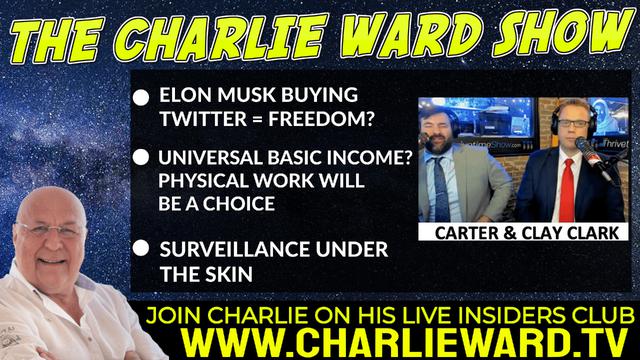 By the time you read this, you’ll already have known for some time that the Twitter board (probably cowed by the prospect of a breach of fiduciary duty lawsuit should it reject a hugely profitable offer for Twitter shareholders) accepted Elon Musk’s offer to buy Twitter.  How the sale ultimately works out remains to be seen.  What’s enormously fun, though, is watching the response from leftists.

It is detestable, of course, that we are dependent upon the goodwill of one billionaire to undo the incredible damage that a passel of other billionaires and their neurotic leftist minions have done to freedom of speech in this country.  But it’s telling that these same people are panicking now that Musk is using some of his billions to call them out on their tyrannical sins.  It suggests that their hold on power is less stable than we might have thought just one year ago.  (It might also just mean that neurotic people will panic over anything.)

Smart, principled people are grateful that Musk seems to be committed to free speech:

.@elonmusk’s offer to buy Twitter is a good deal for shareholders and raises the prospect that the platform will be a place where free speech can thrive, not a tool for narrative enforcement.

Elon Musk should restore Donald Trump’s Twitter account, regardless of whether he plans to use it or not.

They recognize that, when anti-free speech despots control entirely the primary means of communication within a country, freedom is dying.  At this point, we can only hope that Musk, who is a genius visionary but also manages to believe in anthropogenic climate change, remains committed to free speech.  Currently, he’s making the right noises:

I hope that even my worst critics remain on Twitter, because that is what free speech means

I’m inclined to think matters are trending in a good direction and that Musk may be wise enough to recognize and surf this trend: leftists have gotten too far over their skis with open borders, trans-mania, sexual indoctrination in K-12 schools, Critical Race Theory, madly printing money, and their machinations to place a declining, demented old man and a vapid, stupid woman in the White House.

Leftists haven’t come to terms with the country’s new direction, though, so this is our chance to revel in schadenfreude.  Here are some of the more amusing reactions.  (And remember, it would take a heart of stone not to laugh at these reactions.)

Watergate’s John Dean, with panic in his heart, tries to sound a temperate note to make it clear he’s not running away from Twitter; he’s walking away slowly, with dignity:

Robert Reich’s response was a good example of leftism on its own terms (hating on big money) but attained a sort of perfection when paired with his earlier tweet about Trump, a onetime (and still) president of the United States, getting kicked off all social media platforms:

Someone named Jameela Jamil, who is apparently famous, is certain that free speech will be unacceptably evil, so she’s retiring from the site…after she shows off her dog:

Ah he got twitter. I would like this to be my what lies here as my last tweet. Just really *any* excuse to show pics of Barold. I fear this free speech bid is going to help this hell platform reach its final form of totally lawless hate, bigotry, and misogyny. Best of luck. ❤️ pic.twitter.com/fBDOuEYI3e

Rob Reiner, a great director and a singularly uninformed leftist, showed that, almost a year and a half into Biden’s presidency, Trump is still drilling into Reiner’s brain like some horror movie parasite:

Now that Elon Musk is buying Twitter, the question for all of us is: Will he allow a Criminal who used this platform to lie and spread disinformation to try to overthrow the US Government to return and continue his Criminal activity? And if he does, how do we combat it?

David Hogg is another wonderfully ill informed leftist who can always be counted on for amusing stupidity.  In this case, he seems to have missed the fact that billionaires, China, BlackRock, and Vanguard already own the major social media platforms and newspapers in America:

Somebody having enough money to literally buy off every politician in this country through political donations under citizens United is a threat to national security and American democracy.

George Takei struck a different note.  Rather than going the Brave Sir Robin route and running away, he vows to stay and fight in the war to preserve “reason, science, compassion” and (you must laugh when this comes from a Hillary-supporter) ”the rule of law.”

I’m not going anywhere. Should this place become more toxic, I pledge to strive even harder to lift up reason, science, compassion and the rule of law. The struggle against fascism, misinformation, and hate requires tough fighters. I hope you stay in the fight, right beside me.

As I said, if nothing else, the fallout from Musk’s takeover will be fun.