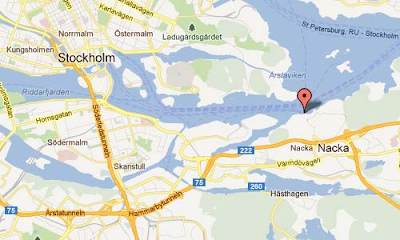 Swedish police in Nacka (a municipality next to Stockholm) have charged three Ethiopian family members with murdering a 14-year-old female family member and trying to mask it as a suicide. Police suspect that this was a so-called honor-killing because the family was upset that the victim was going out with friends after school.

The below article from Nyheter Idag is translated by Fousesquawk.

Charges filed against Ethiopian citizens suspected of honor-killing in Nacka

Charges have been filed against a 46-year-old woman and two young men who are suspected of the murder of a family member in Nacka. The suspects are Ethiopian citizens, and police suspect that the underlying motive is honor.

Three Ethiopian citizens are charged for a suspected honor-killing on Thursday in Nacka. Two of the suspects are men, born 2001 and 2005 respectively, while the third is a woman born in 1976.

According to earlier media information, the suspects are family members of the deceased girl.

The reason for the arrests was that the suspects’ stories as to the girl’s death did not appear to be true, and police suspected that it was a staged suicide to hide a murder, according to Expressen.

Among others things, the suspects gave differing accounts to the police, but they also tried to conceal objects that were reportedly used in the alleged suicide, as well as the girl’s cell phone.

Police suspect that the motive for the suspected murder was that the girl was going out with friends after school, which upset other members of the family. All this was reportedly known at the girl’s school, where there was concern for the girl, which was reinforced by the fact that she was reported (to school) sick on Thursday, Expressen writes.

A forensic pathologist has also stated that the girl’s injuries do not match with the family members’ accounts of the supposed suicide.

All suspects deny the crime.