Joe Biden is celebrating July 4th with a massive expansion of the IRS. How better to celebrate the colonists who chased British tax collectors out than by replacing them with Biden’s tax collectors.

But every progressive person knows that Independence Day is for extremists. The dream of the new post-national nation is Co-Dependence Day in which we all live happily together in a planned economy. 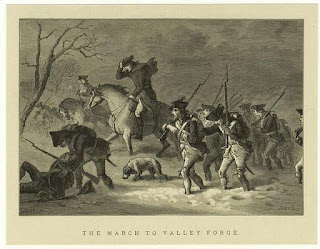 The old British entity that Washington, Hamilton, Jefferson, and a bunch of other dead white men fought to be free of, has been recreated. The new London is in Washington D.C. whose bureaucrats throw fits if they’re asked to leave the imperial city. The new social welfare empire is built on redistribution.

A few centuries ago, some young men refused to have their property and their political autonomy redistributed to an elite thousands of miles away.

The very idea of having a revolution over such a thing seems entirely absurd to today’s wokies.

Or as another Englishman once again, “Imagine there’s no countries”. It’s easy if you live in the EU.

All that the Crown really wanted was for the colonists to pay their “fair share”, a share that was determined thousands of miles away. All that the colonists wanted was the rights of Englishmen that they believed they were entitled to. After a great deal of bloodshed, the colonists won the right to be Americans instead—an odd series of consonants and vowels having to do with an Italian explorer but meaning personal freedom and limited government. Now we have free things, unlimited government, and our freedom shrinks in proportion to the growth of our free things and of the government that hands them out.

To the denizens of public housing watching the fireworks burn briefly in the sky,  who get a free ride on everything from food to housing by taking away everyone else’s freedom and future, the fireworks are just one more free thing in the sea of free things that they swim in.

To the Democrat voters of the welfare state, this is Fireworks Day. Every country has its fireworks days and this is the day that this one chooses to light up the night sky. The day means nothing to them because though they are surrounded by free things, they aren’t free. The difference between freedom and free things has been progressively erased so that many think that the American Revolution was fought because the British were racists or weren’t providing free transgender surgery to the colonies.

If only they knew about the NHS, they would vote to undo the American Revolution in a flash.

There is a big difference between a free country and a country of free things. You can have one or the other, but you can’t have both. A free country isn’t obsessed with free riders, only a country of free things obsesses with making everyone pay their fair share for the benefit of the people who want the free things. Rugged individualism has given way to stifling crowds, co-dependent on each other, lined shoulder to shoulder, clutching at each other’s wallets, crying, “Take from him and give to me.”

We are a nation overflowing with the right to things paid for with other people’s money.

The fireworks that shoot up in a wonderland of blue and red, silver and gold, are a faint echo of the real thing, the gunpowder that blasted back and forth between the lines of government troops, their Hessian mercenaries and the rebel colonists who chose to ride free, rather than bend their necks to the plans of an expanding empire. The faint smell of gunpowder and the dark shapes of the barges only mime the war that was fought here. A play of light and shadow whose meaning reaches fewer and fewer people each year.

The expected speeches will celebrate some notion of independence, but did so many men risk their lives just to end up with a system that made the one they escaped seem positively libertarian by comparison? If they had known that they were going to end up with some version of the NHS, along with death panels, in a co-dependent system where everyone is looted for the greater good of the looters—they might have stayed home on their farms, sadly watching the fighting from a distance.

JFK’s famous line, “Ask not what your country can do for you, ask what you can do for your country” was always a hollow lie. Half the country is expected to ask what their country can do for them, while the other half is expected to ask what they can do for their country. This simmering civil war is often pegged as a class war, but it isn’t about class. There are billionaires and paupers on both sides, and the divide cuts across the Middle Class, dividing those who derive their income from private business from those who receive it from government and government-subsidized employment.

Empires function by draining every drop from their possessions to cover their costs. The British Crown tried to drain America to pay down its debt, resulting in growing protests from the population and eventually a revolution. Now the Empire of Co-Dependency is draining its independent subjects for the benefit of its dependent subjects and the dependency infrastructure that employs its numberless bureaucrats who govern it all.

A new crisis is always here to justify higher taxes and bigger government.

The American Revolution was not a struggle for another nation, one of many, but for a free nation. It was not split off to accommodate the national strivings of an ethnic group or their historical destiny. Its guiding idea, like its national holiday, was independence, but independence means very little unless it reaches the individual.

A nation where everyone is part of one great co-dependent community, a centrally planned marketplace that can only be balanced if everyone is forced to buy what they are told to buy, is not a free nation. It will not even be independent for long. The logic of co-dependence is to expand that dependency beyond the borders and make the region and then every part the world dependent on one another to balance out the numbers.

Co-dependence required an end to states rights. It will eventually require an end to the rights of nations.

Like all pyramid schemes, the burden of dependency is passed on to greater and greater systems until its weight is more than that of the entire world. That burden of co-dependency is like a rock rolling downhill; it gathers more and more mass to itself, increasing its momentum, until it crashes.

The system attempts to stay ahead of the inevitable crash by making sure that every productive person pays his “fair share”. It hunts for individuals and nations who still aren’t rolling downhill, tips them over and pushes them off the mountain. All in the name of the greater good.

The new Crown is not a person, it is an idea. The throne at whose foot a formerly free people kneel is the golden seat of the welfare state. While the fireworks light up the sky, a counterrevolution undid the revolution. There is a new king and his face is on every magazine cover in the land. His bounty is a jagged bear trap that turns everyone into a ward of the state at their own expense.

As the last wave of fireworks die out, the shooting stars sinking to earth and vanishing into the darkness, the light of Independence Day fades and the crowds slowly trudge away from the brief spectacle, past the lines of police barricades, through narrow streets, past government buildings, back to their co-dependent lives in a co-dependent nation where the will of the people and the rights of the individual matter less than the latest proposal to solve the problems of their independence by making the country a more dependent place.

A few hundred years ago in these streets, men and women celebrated the end of tyranny, and in its darkest hour, lines of grim men marched along the waterfront up to the highest point on the island to mount a final defense. Sometimes the older buildings still wear their shadows on their brick walls and by the golden light of the fireworks you can almost see them, shadows moving in the darkness, their footsteps taking them north, a faint song on their lips, muskets in their hands, their lives lost and gained in defense of their freedom.