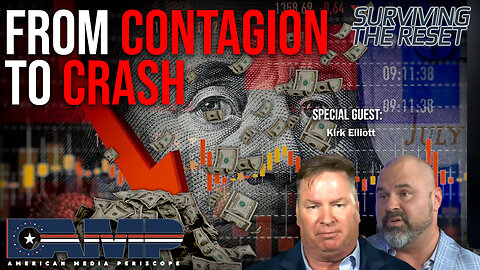 (Natural News) There has been a litany of bad news recently, including the U.S. August humiliation in Afghanistan, China’s aggressive actions against Taiwan and increased tensions with Iran, North Korea and Russia.

It will take the U.S. years, possibly decades, to recover from the debacle of August 2021 and the collapse of American prestige. All of these geopolitical events combine to undermine confidence in U.S. power.

When that happens, a loss of confidence in the U.S. dollar is not far behind.

And, perhaps most importantly of all recent bad news, is a market meltdown and slowing growth in China.

I’ve long advised my readers that the Chinese wealth management product (WMP) system is the greatest Ponzi in the history of the world. Retail investors are led to believe that WMPs are like bank deposits and are backed by the bank that sells them. They’re not.

They’re actually unsecured units in blind pools that can be invested in anything the pool manager wants.

Most WMP funds have been invested in the real estate sector. This has led to asset bubbles in real estate (at best) and wasted developments that cannot cover their costs (at worst). When investors wanted their money back, the sponsor would simply sell more WMPs and use the money to pay back the redeeming investors.

That’s what gave the product its Ponzi characteristic.

The total amount invested in WMPs is now in the trillions of dollars used to finance thousands of projects sponsored by hundreds of major developers. Chinese investors are all-in with WMPs.

Now the entire edifice is collapsing as I predicted it would.

The largest property developer in China, Evergrande, is quickly headed for bankruptcy. That’s a multibillion-dollar fiasco on its own. Evergrande losses will arise in WMPs, corporate debt, unpaid contractor bills, equity markets and unfinished housing projects.

China’s entire property and financial system is on the verge of a world-historic crack-up. And it won’t remain limited to China.

It comes back to contagion.

Unfortunately, since early last year, the world has learned a painful lesson in biological contagions. A similar dynamic applies in financial panics.

It can begin with one bank or broker going bankrupt as the result of a market collapse (a “financial patient zero”).

But the financial distress quickly spreads to banks that did business with the failed entity and then to stockholders and depositors of those other banks and so on until the entire world is in the grip of a financial panic as happened in 2008.

Disease contagion and financial contagion both work the same way. The nonlinear mathematics and system dynamics are identical in the two cases even though the “virus” is financial distress rather than a biological virus.

And unfortunately, each crisis is bigger than the one before and requires more intervention by the central banks.

Today, systemic risk is more dangerous than ever because the entire system is larger than before. This means that the larger size of the system implies a future global liquidity crisis and market panic far larger than the Panic of 2008.

Too-big-to-fail banks are bigger than ever, have a larger percentage of the total assets of the banking system and have much larger derivatives books.

Contagion and The Old Man and the Sea

To understand the risk of contagion, you can think of the marlin in Hemingway’s The Old Man and the Sea. The marlin started out as a prize catch lashed to the side of the fisherman Santiago’s boat.

But once there was blood in the water, every shark within miles descended on the marlin and devoured it. By the time Santiago got to shore, there was nothing left of the marlin but the bill, the tail and some bones.

An even greater danger for markets is when these two kinds of contagion converge. This happens when market losses spill over into broader markets, and then those losses give rise to systematic trading against a particular instrument or hedge fund.

When the targeted instrument or fund is driven under, credit losses spread to a wider group of fund counterparts that then fall under suspicion themselves. Soon a marketwide liquidity panic emerges in which “everybody wants his money back.”

This is exactly what happened during the Russia/Long Term Capital Management (LTCM) crisis in 1998.

To the Brink of Collapse

It was an international monetary crisis that started in Thailand in June 1997, spread to Indonesia and Korea and then finally to Russia by August 1998. It was exactly like dominoes falling.

LTCM wasn’t a country, although it was a hedge fund as big as a country in terms of its financial footings.

I was right in the middle of that crash. I was the general counsel of that firm. I negotiated that bailout. The importance of that role is that I had a front-row seat.

I was in the conference room, in the deal room, at a big New York law firm. There were hundreds of lawyers. There were 14 banks in the LTCM bailout fund.

There were 19 other banks in a $1 billion unsecured credit facility. Included were Treasury officials, Federal Reserve officials, other government officials, Long Term Capital and our partners.

I was on point for one side of the deal and had to coordinate all that.

Wall Street Bailed out Itself

It was a $4 billion all-cash deal, which we put together in 72 hours with no due diligence. Anyone who’s raised money for his or her company or done deals can think about that and imagine how difficult it would be to get a group of banks to write you a check for $4 billion in three days.

Systematic pressure on LTCM persisted until the fund was almost broke. As Wall Street attacked the fund, they missed the fact that they were also the creditors of the fund. By breaking LTCM, they were breaking themselves. That’s when the Fed intervened and forced Wall Street to bail out the fund.

Those involved can say they bailed out Long Term Capital. But if Long Term Capital had failed, and it was on the way to failure, $1.3 trillion of derivatives would’ve been flipped back to Wall Street.

In reality, Wall Street bailed out itself.

The panic of 2008 was an even more extreme version of 1998. We were days, if not hours, from the sequential collapse of every major bank in the world. The 2008 panic had its roots in subprime mortgages but quickly spread to debt obligations of all kinds, especially money market funds and European bank commercial paper.

Think of the dominoes again. What had happened there? You had a banking crisis. Except in 2008, Wall Street did not bail out a hedge fund; instead, the central banks bailed out Wall Street.

Systemic Risk Is Greater Than Ever

The point, again, is that today systemic risk is more dangerous than ever, and each crisis is bigger than the one before.

Remember, too-big-to-fail banks are bigger than ever, have a larger percentage of the total assets of the banking system and have much larger derivatives books.

The ability of central banks to deal with a new crisis is highly constrained by low interest rates and bloated balance sheets, which have exploded even higher in response to the pandemic.

The threat of contagion is a scary reminder of the hidden linkages in modern capital markets.

The conditions are in place.

But you can’t wait for the shock to occur because by then it will be too late. You won’t be able to get your money out of the market in time because it’ll be a mad rush to the exits.

The solution for investors is to have some assets outside the traditional markets and outside the banking system.

Jim Rickards
for The Daily Reckoning