This had to hurt to say 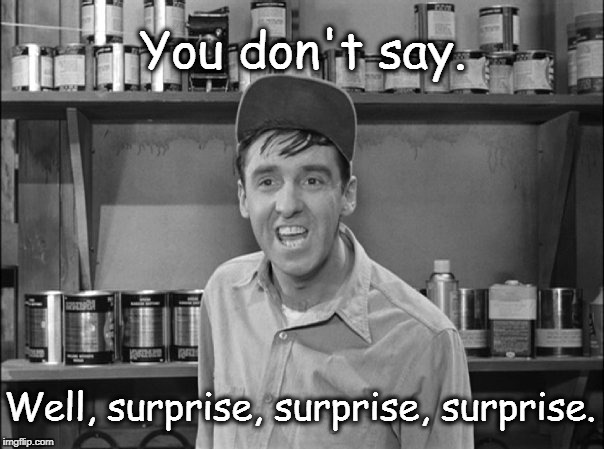 Warner made the comments during an appearance on Fox News Sunday, telling host Shannon Bream that the app represents a major threat to Americans’ privacy. He also warned parents against allowing their children to download the app on their phones.

“Well, I think Donald Trump was right. I mean, TikTok is an enormous threat,” Warner told Bream. “So, if you’re a parent, and you’ve got a kid on TikTok, I would be very, very concerned. All of that data that your child is inputting and receiving is being stored somewhere in Beijing.”

Warner is only the most recent in a series of U.S. politicians and officials to call for a crackdown on TikTok. FCC Commissioner Brendan Carr called on regulators to ban the app in the U.S., and FBI Director Christopher Wray warned that it contributes to China’s status as the No. 1 thief of U.S. data in the world.

“China’s vast hacking program is the world’s largest, and they have stolen more Americans’ personal and business data than every other nation combined,” Wray told lawmakers last week, adding specifically of TikTok: “[Dangers] include the possibility that the Chinese government could use it to control data collection on millions of users or control the recommendation algorithm, which could be used for influence operations if they so chose or to control software on millions of devices, which gives the opportunity to potentially tactically compromise personal devices.”

For all Trump’s bombastic behavior, he was usually right. And he wasn’t the only one saying it. One of my favorite fun sites, Bored Panda, had a post years ago saying how dangerous it is. But, I’m not going to scroll back to find it, because BP keeps using TikTok posts. Wired says it’s a national security threat. The NY Times said it was dangerous (before taking the opposite view because Trump said it was dangerous). The FCC under Biden says it’s dangerous, especially for kids. Here’s VPN Overview, a site which is all about using VPN, for work, security, and to block

TikTok’s user base mostly consists of children and adolescents, which many consider to be vulnerable groups. This is a main reason for different authorities to express their worries. However, it isn’t just the youth that might be in danger from TikTok. From December 2019 onwards, U.S. military personnel were no longer allowed to use TikTok, as the app was considered a ‘cyber threat’. Privacy regulators from the EU also decided to study TikTok’s privacy policy, and even Reddit’s CEO harshly condemned TikTok’s practices.

VPNOverview took a close look at TikTok and included the most recent research in its analysis. The findings are disturbing. The privacy and security risks that come with TikTok are serious. So, what can you do to limit those risks as much as possible?

That’s right, the US military bans the use of TikTok.