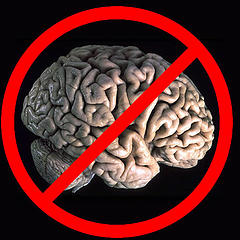 “Is Thinking Cancelled?”
by Jim Kunstler
“Everything’s in play now. Consensual reality is on the run – the old certainties of US history and the receding promises of the future sink into a fiery sludge of the corona virus present. Things happen without apparent consequence. Authority is on lam. Coercion stalks the land rooting out thought-crime. Fantasies and delusions rush into the space that reason has vacated in fear of its life. Maybe better not think it all. But you can’t help it, can you? To be human is to be dogged by your own thought.
One thought I can’t help thinking is that the failure to resolve the dishonest operations of RussiaGate is a big part of what drove authority and responsibility, those two sentinels of sanity, AWOL. The crimes of officers in the FBI, DOJ, CIA, and other agencies go unadjudicated while clear evidence of their seditious misdeeds has been publicly documented and widely published. It seems as if this great matter of attempting to overthrow the president has come down to the sheer will of William Barr and John Durham daring to ignite the engines of consequence, and you wonder if they have any idea how their stalling damages the national psyche.
General Flynn, the American Dreyfus, remains twisting slowly in the wind despite the DOJ dropping charges against him. Judge Emmet Sullivan is busy destroying the credibility and authority of the federal bench with bad faith procedural shenanigans underwritten by Ben Wittes’s Lawfare claque of Beltway shysters maneuvering in the background to protect Barack Obama and Hillary Clinton. Is it not past time for the DC Circuit Court of Appeals to force Judge Sullivan to end the case, or admonish and remove him?
Beyond all the legalese bullshit, an innocent man’s life is stuck unfairly and unjustly in limbo after three years of a malicious prosecution. Why has the attorney general not preferred charges against Gen. Flynn’s chief prosecutor, Brandon Van Crack – or, for that matter, against Robert Mueller, Andrew Weissmann and the whole Special Counsel staff – for withholding evidence and plenty of other obvious prosecutorial mischief? Mr. Barr has stated plainly more than once that the agency he took charge over in 2019 “us[ed] the criminal justice process as a political weapon.” Is that against the law or not? Does it injure this society to leave that question unanswered, month after month?
In a better society, the newspapers would have rushed to Gen. Flynn’s defense. Except our leading newspapers are so vested in years of their own untruth that they don’t dare to cover the story. Where is the consequence for Dean Baquet, editor of The New York Times, since Times staffer Bari Weiss disclosed his failure to control the ideological bullying, coercion, and hostility to fair play in his newsroom?  Mr. Baquet has not just wrecked an institution; he’s made the whole business of covering reality look like a hustle. Does The New York Times’s board of directors not care about its reputation? Maybe the message is: why should anyone care about his or her reputation? And what kind of culture grows out of that code?
The mayors of New York, Chicago, Seattle, Los Angeles, New York, Minneapolis, Portland, Atlanta, and Washington DC have all allowed rioting, looting, property destruction, and arson to reign in their streets, and entertained measures to defund and hogtie the police, or abolish them altogether. These are all Democratic Party-controlled cities with Democratic mayors.
Do you suppose that voters have had a good look at these scenes and concluded that the Democratic Party is perhaps uninterested in civil order? And for what purpose, exactly? Does it reflect badly on President Trump that the murder rate under Bill de Blasio and Lori Lightfoot is suddenly off-the-charts while they are busy undermining police authority and its ability to protect the public. What do you make of St. Louis Chief Prosecutor (effectively DA) Kim Gardner moving to prosecute Mark and Patricia McCloskey for defending their house against a mob that threatened to burn it down? Missouri governor Mike Parson declared over the weekend that he’ll pardon the couple in short order if they are charged – at last, an unequivocal and decisive action on behalf of sanity.
There will be a whole lot more in the way of real-life problems to make the American people crazy in the months ahead. We have not even cleared up the affronts to decency and reason that happened before the corona virus landed and began destroying millions of lives and livelihoods. The siren call from anarchy is already blaring. Is there anything about this republic that you think is worth defending? Is thinking cancelled?”
- https://kunstler.com/