WE HAD NO IDEA UNTIL WE INVESTIGATED

This Homeless Camp was opened for 1 year and housed a total of 30 Homeless, of which they were given $5 Million Dollars

Multiply this by 10,000 and you get a nice $ 5 Hundred Million Dollars paid into The Homeless Industrial Complex

Complete with $48,000 a year homeless payments per homeless to the cities, counties and states

Add to this Welfare Housing Payments but no one is housed, medical, dental – lots of payoffs

We have a multi million dollar Homeless Industrial Complex

The owner of the City of Tacoma loves it

And what city would turn it’s back on a $480 Million Profit by encouraging Homeless thefts, murders and other crimes?

So now the City Managers, Councilmen, Mayors order the Police not to arrest any Homeless man no matter what they are doing

So next time you see a homeless shooting up on drugs in your face remember – he is worth over $50,000/years to that city in Federal Grants

those in public housing are only worth $2,000 a month and most of the profits go into fixing their apartments

Every city, County, State  Owned By Someone who calls the shots

Even the Broke US Corporation is owned by someone 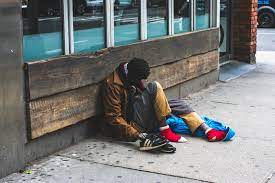