Many people have speculated on the eight kings described in Revelation 17:10-11, and have concluded that the sixth king is the Antichrist – the one who “is.” Then a seventh king comes in, but does not reign long, then the eighth king – who is also one of the first seven – goes to destruction (because he is the Antichrist.)

“They are seven kings; five have fallen, one is, the other has not yet come; and when he comes, he must remain a little while. The beast which was and is not, is himself also an eighth and is one of the seven, and he goes to destruction.”

The first five kings have fallen, and are presumably out of the picture. The eighth king does not appear to be one of the first five kings coming back. He can’t be the seventh that doesn’t reign for long. The seventh king’s reign must end, or no one would say we have the eighth king. Therefore, the Antichrist must be the sixth king, coming back to power to rule as the eighth king.  If we are in the time of these eight kings now, how soon might we see WWIII/Armageddon and other judgments and forms of God’s end times destruction before the new heaven and the new earth?

I think the land of Mystery Babylon is America and the city is New York. There are about a hundred biblical verses supporting this interpretation. Although I did go into this at length in my 2014 book on the Antichrist – in which I detailed why Obama could be revealed as the Man of Sin in 2016 – only the parts about America as Mystery Babylon remain on target.

(The idea that Obama could be revealed as the Antichrist on June 6, 2016 was based on about a dozen clues, and while they seemed impressive enough to merit attention – fortunately, they amounted to nothing.)

The best and most in-depth analysis reviewing the supporting evidence that America is Mystery Babylon was written by R.A. Coombes in:

Revelation 17:18 “And the woman you saw is the great city that rules over the kings of the earth.” [New York is a great city symbolized by a woman and it is the financial capitol of the world, and also rules through the United Nations, headquartered in New York.]

If Mystery Babylon is America, then perhaps the eight kings in Revelation 17:10 are American presidents. If so, is it that unreasonable to suggest that one of our recent presidents may have been the sixth king in the time frame being described? Obama even commented about the idea of a third term under a puppet president that would really just be a mouthpiece for his words. One video I found is encrypted but can be found on FB under “Obama’s 3rd Term”

Some of the more interesting information from my Antichrist book supporting Obama as Antichrist:

Everyone who cares to listen has already seen the videos on Luke 10:18, in which Jesus said: “I was watching Satan fall from heaven like lightning” or “I perceived Satan as lightning from the heights.”  Lightning in Hebrew is pronounced “Bah-Rock.”  Some Hebrew conjunctions are reduced down to an “O” sound just like we replaced the fifteenth century “of the clock” down to “o’clock.”  Heights in Hebrew is pronounced “Bah-Mah.”  Jesus may have left us a clue when (it sounds the same in Hebrew and in Aramaic) He said He perceived Satan as “Bah-Rock” “O” “Bah-Mah.”

But the American liberal media adored Obama, and constantly portrayed him as their savior.

In addition to a great many Bible prophecies, there is also a 17th century Islamic prophecy which may very well be describing Barack Obama.  This is not in the Koran, (which is a thousand years older) but it is still a centuries-old Shiite “Hadith” (tradition.)  Shi’ite Mullah Majlisi wrote Bahar al-Anvar (Oceans of Light) – 132 volumes of religious commentary that (along with the Koran it comments on) is the foundation of modern Shiite Islam.

Mullah Majlisi wrote that, Imam Ali Ibn Abi-Talib (Mohammed’s cousin and son-in-law) prophesied that just prior to the return of the Twelfth Imam – the Mahdi – the Ultimate end times Savior of Islam – a “tall black man will assume the reins of government in the West.” Leading “the strongest army on earth,” the new western ruler in the West will carry “a clear sign” from the third imam, (whose name was Hussein Ibn Ali.)  Obama’s middle name, Hussein, is believed to be that sign.  The Hadith also says that “Shiites should have no doubt that he is with us.”  The name Barack, in both Arabic and Farsi (Persian) means blessing; Barack Hussein means “the blessing of Hussein” in both languages.  Even the surname Obama, written in the Persian alphabet as O-Ba-Ma, means “he is with us,” another key point of Majlisi’s tradition.

It is hardly inconceivable that America’s current president is not really the one making decisions – and that someone else is. That someone else could be Obama, ruling from behind the scenes only because presidents are limited to two terms. Trump ruled for a short while [one term] – could he have been the seventh king? Maybe… but maybe not. When Obama was in office, only four previous presidents were “fallen” but alive: Jimmy Carter, George H. W. Bush, Bill Clinton, and George W. Bush.

What if Trump was the sixth king who is coming back as the eighth king? He is from New York. We know that the city of Mystery Babylon sits on many waters (New York is coastal) – it rules over many kings/nations (NY hosts the HQ of the United Nations) – it dominates World Trade (Wall Street, New York banking cartels, the infamous World Trade Center towers…) the city has a lot of Jews whom the Bible warns to flee it (NY had 2 million Jews at one time, and still well over a million now…)

Besides being from this city, Trump is extremely wealthy (Ezekiel 28:4-5 warns that the Antichrist will be rich) he rose to high political office quickly (Daniel 7:8 and 8:9-11 warns the Antichrist is a “little horn” with a short political path to suddenly hold great power, not a long political career.)  Daniel 11:37 warns that the Antichrist will show no regard for “the desire of women” and although this has often been interpreted to mean he will be homosexual, it could just mean he is disrespectful towards women….

The Trump family bought the most expensive single building ever purchased in the United States, at 666 Fifth Avenue, a street symbolic of money (Mammon), hubris, excess and greed. Another Trump Fifth Avenue property, the famous Trump Tower, is 203 meters tall according to multiple reports. And 203 meters = 666 feet. Donald Trump lives there in gold-plated opulence on the 66th floor!  And Trump inherited his grandmother’s real estate empire when she died on June 6, 1966 = 6-6-6

There were five “fallen” but living previous presidents during Trump’s presidency [add Obama to the previous list.] And while I don’t expect it to happen, it is not inconceivable that Trump will be re-elected in 2024. It is a long-shot – but not impossible scenario – that election fraud will be proven for November 2020 and that overturned results will put Trump back in the White House just like Q followers have predicted. As unlikely as those possibilities may seem, Trump could be president again someday soon – and this would make Trump the best match for Revelation’s prophecies about an eighth king who was also one of the previous seven.

It feels like the end times and the mark of the beast are very close. If the jab itself isn’t the mark, it could be what the unvaccinated are being forced to wear. The Pittsburgh Steelers made players who didn’t take it wear yellow armbands. 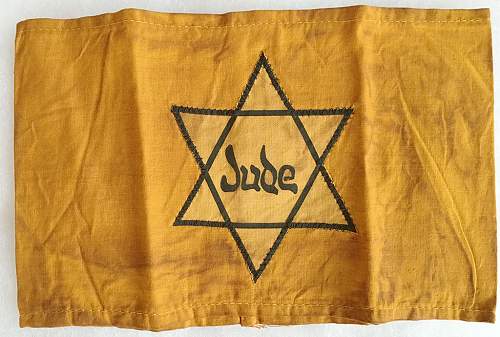 The U.S. Army is starting to do the same thing. No worries. Except you can’t participate in public or enter lots of places to shop without proof of jabs in New York. Or Paris. Australia. All right, it seems to be inevitable worldwide…. No relation at all to Revelation 13:17 “And that no man might buy or sell, save he that had the mark, or the name of the beast, or the number of his name.”

And despite the potential mark of the beast being implemented, and plague and constant rumors of war, the feeling that we are close to the end times – or even in them right now – could be an illusion. Current problems could pass by and the end times could be for another generation. Although it seems to me like the time is now, and we are the generation that will see these events come to pass… my thoughts on possible timing of such events has been wrong before. The eight kings of Revelation’s 17th chapter could be about another time and place entirely. Or Biden could be a front man for someone else. Or Biden’s presidency could end very soon. Either way, the answer could be revealed in 2021. Nostradamus described WWIII in terms of an Islamic war against the Christian West ending in late 2028 (followed by a pole shift in October) and if WWIII is set to end in 2028 that leaves 7 years of potential tribulation ahead of us.

What do you think?