Mastery of fire has given humans dominance over the natural world. A Yale-led study provides the earliest evidence to date of ancient humans significantly altering entire ecosystems with flames.

The study, published on May 5 in the journal Science Advances, combines archaeological evidence — dense clusters of stone artifacts dating as far back as 92,000 years ago — with paleoenvironmental data on the northern shores of Lake Malawi in eastern Africa to document that early humans were ecosystem engineers. They used fire in a way that prevented regrowth of the region’s forests, creating a sprawling bushland that exists today.

Lake Malawi in Africa, photographed by astronauts aboard the Space Shuttle. 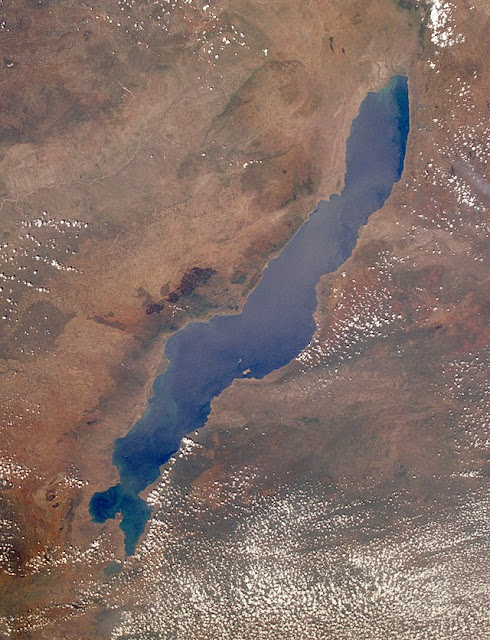 Yale paleoanthropologist Jessica Thompson describes the earliest evidence of humans altering their ecosystem with fire in this video.

“This is the earliest evidence I have seen of humans fundamentally transforming their ecosystem with fire,” said Jessica Thompson, assistant professor of anthropology in the Faculty of Arts and Sciences and the paper’s lead author. “It suggests that by the Late Pleistocene, humans were learning to use fire in truly novel ways. In this case, their burning caused replacement of the region’s forests with the open woodlands you see today.”

Thompson authored the study with 27 colleagues from institutions in the United States, Africa, Europe, Asia, and Australia. Thompson led the archaeological work in collaboration with the Malawi Department of Museums and Monuments; David Wright of the University of Oslo, who led efforts to date the study’s archaeological sites; and Sarah Ivory of Penn State, who led the paleoenvironmental analyses.

The artifacts examined by the researchers are of the type produced across Africa in the Middle Stone Age, a period dating back at least 315,000 years. The earliest modern humans made their appearance during this period, with the African archaeological record showing significant advances in cognitive and social complexity.

Stone Age artifacts excavated near the shores of Lake Malawi in eastern Africa, combined with paleoenvironmental data drawn from the lakebed, provides the earliest evidence of ancient humans manipulating their ecosystem with fire. 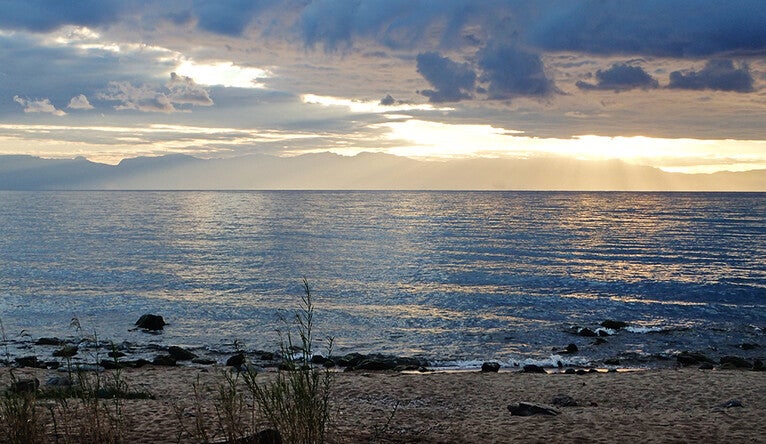 Thompson and Wright logged several field seasons of archaeological work in the region before a conversation with Ivory helped them make sense of the patterns they observed in their data. The researchers discovered that the regional archaeological record, its ecological changes, and the development of alluvial fans near Lake Malawi — an accumulation of sediment eroded from the region’s highland — dated to the same period of origin, suggesting that they were connected.

Lake Malawi’s water levels have fluctuated drastically over the ages. During the lake’s driest periods, the last of which ended about 85,000 years ago, it diminished into two small, saline bodies of water. The lake recovered from these arid stretches and its levels have remained high ever since, according to the study.

The archaeological data were collected from more than 100 pits excavated across hundreds of kilometers of the alluvial fan that developed during this time of steady lake levels. The paleoenvironmental data are based on counts of pollen and charcoal that settled to the floor of the lakebed and were later recovered in a long sediment core drilled from a modified barge.

Excavations yielded dense clusters of stone artifacts dating as far back as 92,000 years ago. 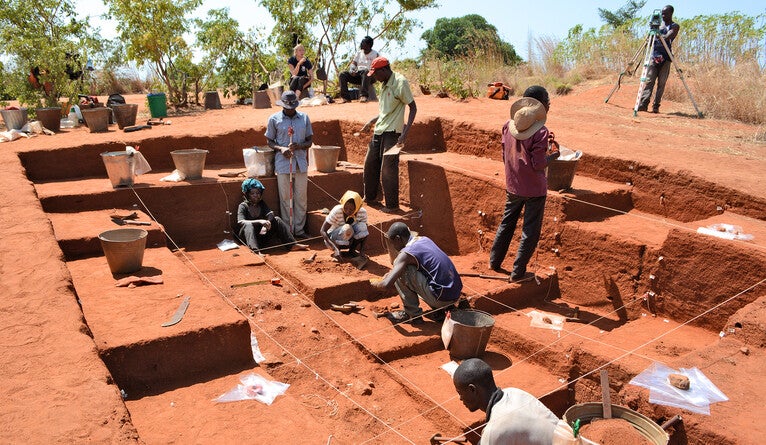 According to the researchers, the data revealed that a spike in charcoal accumulation occurred shortly before the flattening of the region’s species richness — the number of distinct species inhabiting it. Despite the consistently high lake levels, which imply greater stability in the ecosystem, the species richness went flat following the last arid period based on information from fossilized pollen sampled from the lakebed, the study found. This was unexpected because over previous climate cycles, rainy environments had produced forests that provide rich habitat for an abundance of species, Ivory explained.

“The pollen that we see in this most recent period of stable climate is very different than before,” she said. “Specifically, trees that indicate dense, structurally complex forest canopies are no longer common and are replaced by pollen from plants that deal well with frequent fire and disturbance.”

The increase in archaeological sites after the last arid period, paired with the spike in charcoal and absence of forest, suggests that people were manipulating the ecosystem with fire, the researchers conclude. The scale of their environmental impact over the long term is something typically associated with farmers and herders, rather than hunter-gatherers. This suggests early ecological manipulation on par with modern people and may also explain why the archaeological record formed.

The burning paired with climate-driven changes created the conditions that allowed for preservation of millions of artifacts in the region, the researchers explained. “Dirt rolls downhill unless there is something to stop it,” Wright said. “Take the trees away, and when it rains, there is a lot of dirt moving downhill in this environment.”

Previous transitions from dry to wet conditions in the region didn’t yield a similar alluvial fan and were not preceded by the same charcoal spike, the researchers noted.

It’s not clear why people were burning the landscape, Thompson said. It’s possible that they were experimenting with controlled burns to produce mosaic habitats conducive to hunting and gathering, a behavior documented among hunter-gatherers. It could be that their fires burned out of control, or that there were simply a lot of people burning fuel in their environment that provided for warmth, cooking, or socialization, she explained.

“One way or another, it’s caused by human activity,” she said. “It shows early people, over a long period of time, took control over their environment rather than being controlled by it. They changed entire landscapes, and for better or for worse that relationship with our environments continues today.”