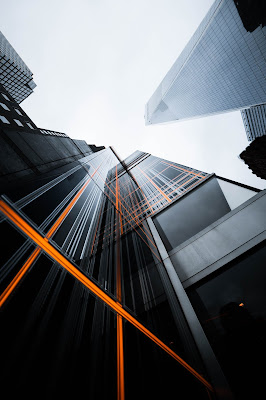 Studies show that individual humans feel quite ready for Alien First Contact. So, why do I talk about social unrest in the wake of a high-information, Direct First Contact event? I am not worried about most humans. I am concerned about the actions of politicians, institutional leaders, and business executives across the globe. The issue is power. Many would perceive First Contact as an opportunity to gather advantage and power, whether it be for themselves, their government, their institution or their corporation. That power grab could take the form of people trying to secure a special relationship with extraterrestrials. It could also be religious leaders and politicians using fear to motivate the public. It could be a corporation hoping for an advance look at alien technology. It may be a world leader hoping to secure advantage for their nation. In short- it won’t be the average folks who we need to worry about creating problems in the wake of First Contact. It will be the movers and shakers of the world.
Just take a look at current world dynamics. A recent reportby the Munich Security Conference had this to say:
“The global security situation is more dangerous today than at any time since the collapse of the Soviet Union. We are experiencing an epochal shift; an era is ending, and the rough outlines of a new political age are only beginning to emerge. No matter where you look, there are countless conflicts and crises.”
Politicians, bureaucrats, and business leaders have been doing this for millennia. The pursuit of power and advantage is an imbedded part of the human civilization. While most of us participate in mundane ways, trying to get a promotion at work or cutting someone off on the car trip home, there are those for whom the pursuit of power is their primary motivation.
How those power dynamics would play out here on Earth would largely depend on the actions of the visiting extraterrestrials. If aliens chose to use those dynamics to their advantage they could easily manipulate us by playing one nation against another. More so, if their aim was to throw us into chaos, without ever firing a shot, playing nations against one another could be the best way to accomplish that goal. And the flipside is true: if aliens wanted humans to remain calm the aliens would need to carefully consider how to mitigate power grabs here on Earth.
How could extraterrestrials prevent damage to the human civilization due to power struggles between institutions and nations? They would need to communicate clearly to the entire planet and not play favorites. Only carefully cultivated objectivity and transparency could obviate the usual human machinations. And even then it would be tough.
Objectivity and transparency on the part of aliens would actually be in the best interest of nations and institutions. While you may not gain advantage in such a situation – you would not lose advantage. Having all nations and institutions on an even playing field would be important. The movers and shakers will still be able to play their games- but in the ways we are used to and that we can handle.
Photo by Donny Jiang on Unsplash