The Nibiru is coming in from the direction of Sagittarius, where the galactic center is located. Any other image seen elsewhere, officially or not, must be a projection onto shells of magnetic flux, near the sun or elsewhere, some with real effects as shown below. Dr Sam speaks of the appearance of the Nibiru on Helioviewer as if it were the real thing, but in reality, he is explaining, as he has done before, the mechanics of what Helioviewer sees.

In name of God, the most merciful. Note of important clarification. I received various questions about what appeared in the field of observation of LASCO 2, by means of the electronic integration used in the sensors of the SOHO probe. It is the appearance of our heavy guest with an ample brilliant area, some thought already it would have exceeded the orbit of Jupiter …. !! …. Gentlemen, When we look at the moon in the phase of the crescent moon, for example, it differs from what we see in the phase of the waning quarter. or full moon … or new moon, even though we are looking at the same celestial body. What is different for us is the illuminated surface of the moon which faces to the sun … !! .. And so, when the visiting object appears in the fields of observation, and the compatibility of time of movement reached, enters in (the field of monitoring) Nibiru.

And this is why at times it appears with a small illuminated surface, and other times with large surface, and at times with a giant tail and at the times a central body with a distinctive form. All of these forms are due to the axial inclination of the central body at the moment of capture. Any how, this body is surrounded by lunar swirls on the sides and on the tail, and uncountable numbers of giant meteorites. And almost all of them are surrounded by charged and thick dust, whose density decreases as it moves away from the nucleus, in such a way that this organism appears in its distinctive conical shape,. These fields of monitoring cannot give us a real dimension. It is specialised only in the formal structure of the objects, and shows to us the celestial body with its cloud of meteorite and heavy charged dust as if it were a body with one surface. Knowing that it is an object with moons around it, which are relatively distant from the nucleus, as shown in the figures below. And when the observation is made from the earth, it appears in front of us through the telescopes with infrared, as if it were a conical body, and the tail of meteorites does not appear, only via satellite … and all the documented facts were posted on my instagram account najem1755, and there are many photos which appeared with an ample illuminated surface from previous years … 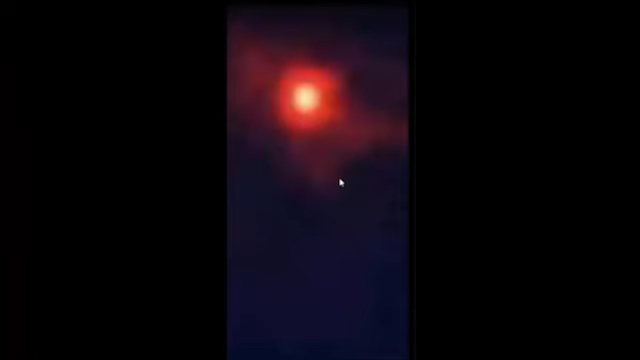 But it is not as the clarity of this image … because it was much closer … !! … The points of reference of any remote city, which you see are rigid, but the closer we come to this city, the more visible are its characteristics, and this is what happens in the sky … And as for the earth, the field of earth still is collapsing, and weakening still more, against the flux of the intruder. Loads of cosmic energy that leak still more and cause havoc in the climate of the Earth. Not to mention the record of heating and climate  extreme now clearly felt by the people. And in a little while, we will feel and note all this through earthquakes and tremors, which become more intense as the date of arrival approaches.

And I will repeat, solar storms are not related to what is happening now on the earth … even if it has reached the highest levels … These are weak and vacuous arguments made by some (who say they are scientists !!) as a tool of anaesthesia to silence the people. And God is around all … And the peace, the mercy and the blessings of God be with you.

Nibiru Planet X Seen from Space and also from the Earth (Dr.Sam)
https://www.youtube.com/watch?v=gLs4lQtBB4k

SOHO C3 on November 30th 2006 @ 1742
How far out must Nibiru have been then? Sun in Scorpio, with the sun shooting out a CME towards a very active debris cloud.

Comet Holmes when it outburst in 2007 was in Perseus, almost opposite in the sky to Sagittarius, and in this photo it had the Nibiru behind it at the 10 o’clock position. Projection or not?
https://spaceweather.com/comets/holmes/25oct07/Ilia-Teimouri1.jpg (8 photos at the link) 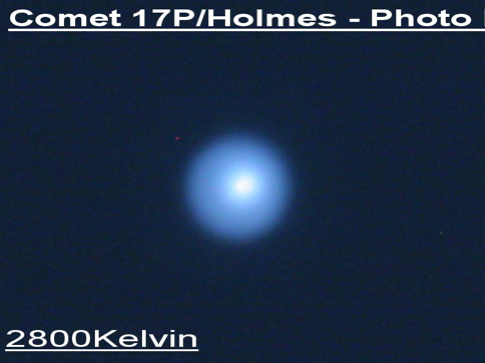 The Wisdom of Ramala, 1986, pg 117
https://www.bibliotecapleyades.net/hercolobus/esp_hercolobus_44c.htm (message #3, scroll down)
“There is even now a star of great power proceeding towards our Solar Body.”

A photo of Nibiru and its moons from Cassini-Huygens spacecraft, taken in 2016 when it was out by Saturn 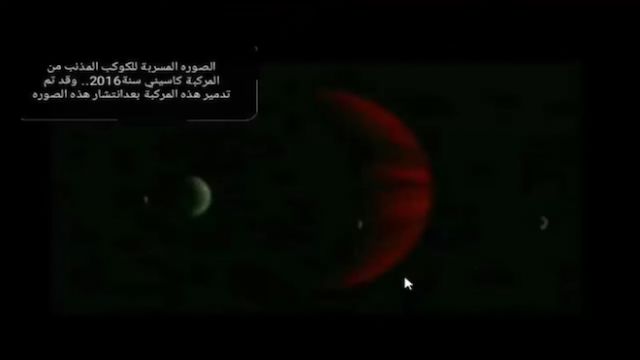 We are looking now in the direction of Sagittarius, thanks to Dr Sam and his information.