Dr Bezerra de Menezes was born in 1831 in Brazil and died in 1900. In 2009 he channeled a book and this message is from that book. Introduced by Tio Abadom, this message brings into focus the psychic influence, a subtler pervasive influence, perhaps magnetic, that the Nibiru exerts over us on Earth. It’s not what I expected but it certainly is thought provoking.

Oh Hello guys, welcome to another video from the channel Tio. Message finished from the Doctor Bezerra de Menezes, extracted from the book, ‘Heirs of the New World’ (2009).

It is a question of a world known from the ancient legends as a bearer of the destruction caused by geological traumas and sudden changes in the magnetic and electrical structure of the Earth. Not to mention in the chaos of civilisation which in all its approaches, its influence provoked. Nevertheless, its approach is seen as a great benefit for the acceleration of the changes. Although at this distance from the terrestrial orbit [in 2009] its masterly dimensions and the greatness of its magnetic-psychic field already are being felt along the length of its trajectory, coming to men well before its mass becomes visible to the terrified gaze. The Ball of Redemption from the Bayside Prophecies, NY.

Its energetic presence awakens in those what to you are like the grotesque emotions, the practices most seen by the vices which feed off the low morals that it stimulates, because primitive. As someone said, ‘This orb emits these signals which connect with those that are similar to it in vibrations and desires, feeding them with its psyche. Fortifying them in the desires and in the inferior practices’. Preceding it, the influence magnetic and gravitational which grows, observed for decades. The worsening of the emotional standards of the planet – the escalating of the social crises, of the heinous crimes, of the escalations in the vices.

Now together with the climatic changes, the surprising and unexpected variation of the planetary magnetism with modification of the position of the poles of the Earth. Unusual phenomena confuse the mind of the men of science full of theories and blind to the truth. Various scientific institutions are informed of the approach of this massive body but out of prudence or out of fear of being ridiculed, they have still not been disposed to recognise the emergency that befalls all the humanity, preferring to adopt temporising/delaying behaviours or even seeking to prepare the people and employing subliminal resources such as films, reports, documentaries of disasters, dealing with the subject in a fictional manner.

Gradually however, the gravitational influence of this planetary body will tighten its ties over the rest of the planets in the solar system. Marking out its trajectory with the natural consequences of its presence – intruding and gigantic, approaching our sun. This is a celestial body that, as powerful magnet, will separate the filings of iron by the power which it already exercises and will exercise even more on all those who synchronise themselves with its vibration. Men and spirits at the same standard will be reclaimed by it as an inheritance which belongs to it, liberating the Earth to new stages of growth and evolution.

Maybe it will come to be mistaken by many with a comet, with an Astro that will collide with our planet, with a messenger of evil through the fear and affliction that it will provoke. Others will use it to torment their brothers and sisters of humanity trying to extract from them the last material goods that they possess. Malicious intentions made use of this presence in the Heaven to proclaim the end of the world, bringing the chaos to the most gullible and unprepared. Marked by cataclysmic events dating from millennia, the humanity feels the approach of the new adjustment of accounts; and each one will know to say if, in the background of himself, he did what should have been done to modify his vibrations.

In the end, the major approach and will provoke the alterations, geologic, climatic and energetic which will promote the purification of souls. To it will be taken the ones who already find themselves interning on the surface of the lunar satellite. Baptised since antiquity with different names such as Nibiru, Marduk, Hercolubus, by science called Planet X, also nicknamed the Purifier Star, or love-bite by the spiritualists of diverse colours. This is the New World, world in formation, endowed with a primitive humanity that needs more capable brothers and sisters, trained in the terrestrial learning that will help it, accelerating its evolution. And while doing this, trim your own edges to live together with the harshness of a primitive and rustic planet which will give you the opportunities for new lessons of discipline and transformation.

For this, Maria cried as seen. If the suffering of the Moon [the lunar or lesser self] is only expansion of the malady, of those who in it were gathered, none of them imagines what waits for them in a new world like this. Suffering which pains the feeling of these Superior Souls who did all to postpone the tragic encounter of the evil ones with their own destinies, ..by the law that

‘the sowing it is free but the harvest it is mandatory’.

The two listeners were astonished. In the distance they could see a great reddish celestial body through the gases which surrounded it. With an immense size by the earthly standards, and as Bezerra affirmed, it was endowed with a primitive fluidic atmosphere that already could be felt even being millions of kilometers away. How arduous would be the life on that celestial body! – we thought in silence.

Interested in more information Adelino asked: “Could we visit the surface of this orb?
Without wasting time Bezerra responded: “The precautions that we would need to adopt in the realization of such an adventure would require an effort and a time that we do not have in this moment. Mainly because it is not interesting to disturb our brothers and sisters of humanity with descriptions depressing and shocking, about the embryonic evolutionary conditions which mark the surface of such a primitive orb, … Sufficient for our objectives that lead us to inform our brothers and sisters of humanity that this is the defining hour of their lives. That they make the best use of so that they do not end up moving house. That they do not lose time in the decisive transformation of their lowest tendencies

Because, due to the size of the planet we are observing, there will be no lack of space for a good part of the thirty billion spirits that, incarnated or disincarnated, matured on the Earth or in its vibratory levels. Nevertheless, we could get closer, assimilating the dense energies which aim at the indispensable peri-spiritual plasmagem [our energy body or etheric double which powers the physical], in case we were interested in deepening the appreciation of its peculiarities for a future description.

Thanks guys, until the next video. Chau Chau a statue of Mary 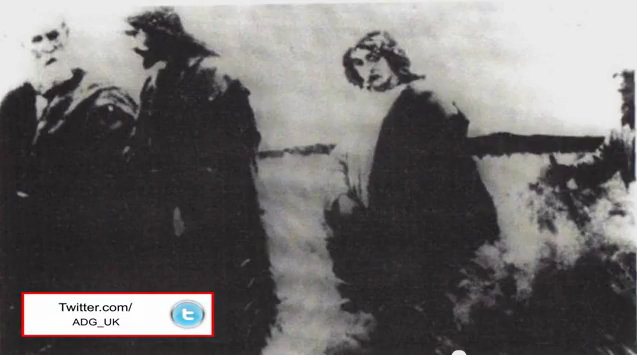 The decision to return to Jerusalem a statue of Jesus