A long time ago when Bleeding Yankee Blue was in it’s infancy, a tool by the name of Peter Keating of ESPN the magazine thought it would be unique to try and throw an up and coming writing under the bus in a much bigger forum than my BYB audience… (ESPN) to shame me with my OPINION of why Robinson Cano needs to hustle his ass off as a millionaire role model for the New York Yankees.  He didn’t reach out to tell me… he just did it. Hey, that’s his right…. but thank god for the BYB audience. Because when it was published, our readers were all over it and let me know it happened. 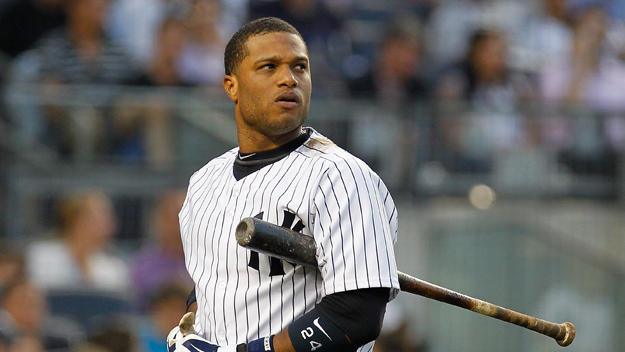 In my piece CANO: NO LEADER, NO DRIVE, I wrote ”Maybe it’s him NOT fist pumping after a game or big play like Jeet does. Maybe it’s him just making it seem like it’s “too easy.” The energy is much different. Comparing the 2, Jeter and Cano, and I hate doing it… Cano looks like he’s padding numbers as opposed to leading a club to a championship.”

I’m slamming a Yankee there, I fully admitted that back when I wrote it in 2013. But in 2013, not everyone was so sensitive. 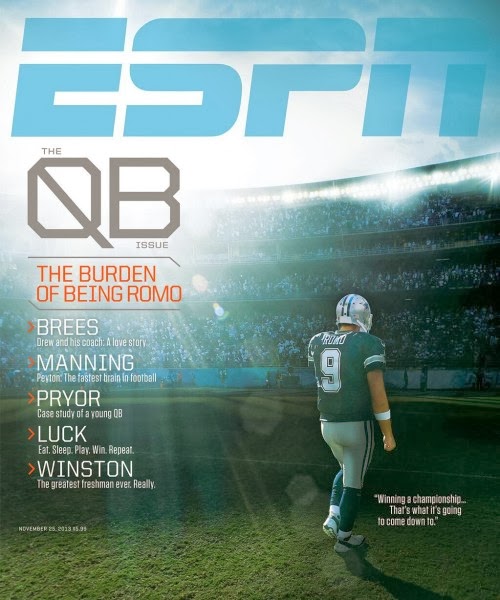 Back then you could write an opinion and have a mature banter back and forth on social media or in the comments section of your story.  But that’s when that shady Keating wrote this in his article:

And with a difference of opinion from Keating, I’m fine with that… it’s how he handled it that made me realize what kind of a sad journalist he is. Do you know to this day he has never responded to a single email, call, tweet? Nothing. That’s spineless.  But more to it… he missed the point of what fandom is and why I wrote what I wrote.

Fans WANT hustle. Fans WANT players playing hard. They pay good money to go to games and to see wins. They understand that teams will lose, but they get frustrated anyway. One thing they don’t get? Dogging it.  Keating can act like an intellect all he wants, many of these journalists can. But the difference is these so-called established writers are really just bending over for these athletes because it helps them. They’ll rarely slam players because they don’t want to look bad in front of these organizations and not get future interviews and freebees when the team allows. And so, they kiss ass, they act like they care and they push their integrity aside and try to slam the little guy, the fan as being wrong and ignorant. 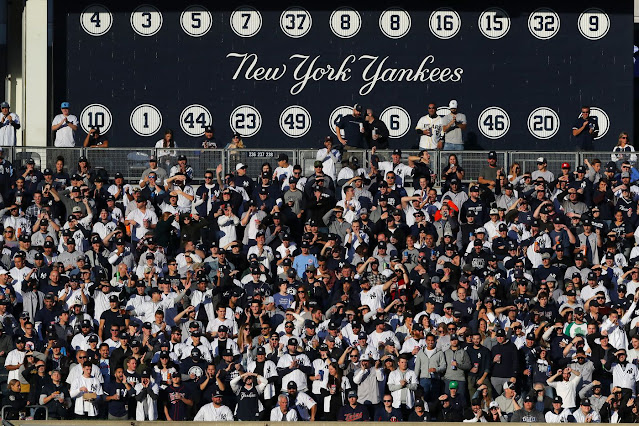 But we’re Bleeding Yankee Blue. We cater TO the fans. We don’t care if a Yankee sucks, we’re gonna tell you and if the Yankees win, we celebrate. That’s because being a fan is special, either way.

I’m not looking to get into the Yankee party. Our BYB team will never sway from our integrity and that’s vital in journalism… in fact, dare I say, integrity in journalism is gone these days.

Fast forward to race, white privilege and no one getting along on any level in 2021. (Wow that escalated quickly.)

Opinion these days gets you attacked, abused, yelled at. You can’t have an opinion.  Now, before I go further with this, I need to state what opinion is, and what fact is.  There is a difference. 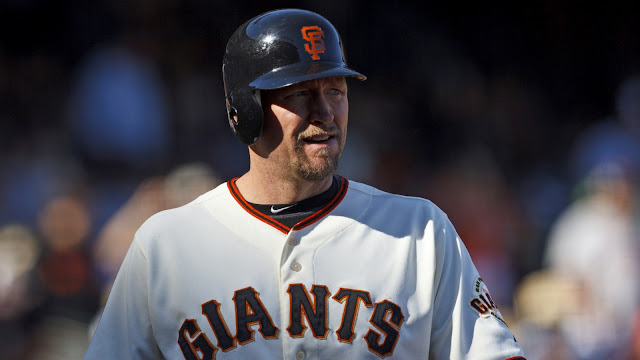 Facts are important. If you’re gonna spew facts, make sure they’re right. If you are listening or reading a commentator talking about something, make sure you can decipher if that person is offering opinion or FACT. Sometimes these commentators or “influencers” say things that aren’t true.  That’s bad. Aubrey Huff is a perfect person for that. He’s a tool, lies and acts like what he says is fact, when, if you were to research his comments, there is usually no source attached and you can debunk it with actual research from legit sources.

And then you have opinion, which, I respect. But it’s when we dive into that line between journalism and fan that I have a problem.

Enter Jesse Spector and his attack of Andy Martino’s assessment of Gleyber Torres. He claims, and this is so odd to me, that Martino made a racial attack against Torres. That not hustling for a man of color is different than for a white player.

what is this effort pic.twitter.com/mdgUaPqSPc

I appreciate that, but I gotta tell ya, I don’t agree. No, not because I’m white, but because I have a difference of opinion.

What I DO agree with is the unfair attack toward Torres. If you are gonna look at a check swing tapper to the mound and yell at a player for not running hard to first, you are pretty much an idiot.  These are professional athletes in the field. The percentage of him busting down the line and making on that play is probably 0.08%. Not Happening. So, if Spector is calling Martino out for that, good for him.

Torres did not run hard on a check-swing tapper back to the mound, it’s true. You can understand his frustration, being 11-for-59 on the season with no homers and 15 strikeouts, while also struggling defensively at shortstop….

Or, for Andy Martino of SNY, Torres can be made the scapegoat. The idea here is that “It’s not a birthright to start games for the New York Yankees, even if you’re one of the most talented players on the team. It might be worth a shot for the front office to remind the entire group that these jobs must be earned on a daily basis.”

That’s right, the Yankees should send Torres to the minor league alternate site, and install Tyler Wade, an objectively worse player, at shortstop, in order to cure their slow start.

“The Yankees’ problems are not nearly all Torres’ fault,” Martino wrote. “But he’s optionable, struggling, and showing a lack of hustle.”

This is where I have a problem. Balance.

I don’t know if Andy Martino has called out white players for lack of hustle before, and to be honest, that should be Spector’s focus of this article.  Spector is grouping ALL WHITE JOURNALISTS into a pot and basically suggesting that white journalists don’t call out white athletes on hustle.  And that’s my problem… All black people aren’t the same… neither are all white journalists. I don’t feel like that’s too fair. 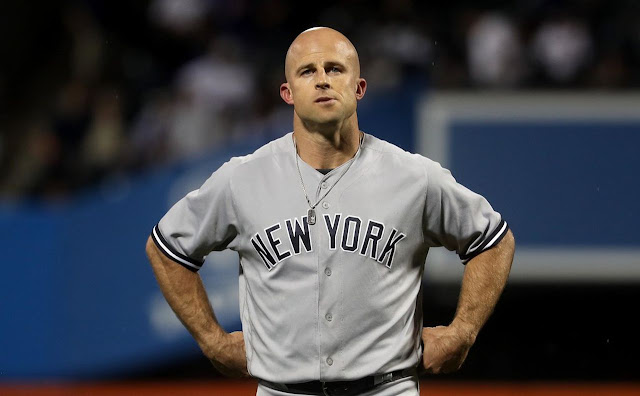 “Gardner’s “lack of hustle” in April of 2019 was described as “uncharacteristic” by the New York Daily News. Meanwhile, the San Francisco Chronicle’s reference to Posey was a caption, noting that Posey was “not booed … for his lack of hustle,” associated with a Sept. 15, 2019 column by Ann Killion headlined, “Why Giants’ Buster Posey still gets benefit of doubt in frustrating year.”

The other white players who have gotten tagged this way are Harper and Souza, both of whom were benched by managers explicitly for incidents where they didn’t go as hard as they could…

Is it really the case, then, where not hustling is an almost universally Latino issue, and when it isn’t, it’s highly likely to be a Black player not giving his all? Or is this an issue of perception from the heavily white media corps, not to mention the heavily white baseball executive and managerial contingent?”

And see what he does there? Couches it as a question, yet his headline says so much more:

“What it really means when white sportswriters talk about lack of hustle”.

I read Jesse Spector. I love what he does, but I also feel like this is just as racist as what he’s accusing white journalists of doing. Do I dislike the guy for it? Nope. It’s a deep, important perspective that needs to be taught and explained. I just didn’t like the bunching.
But you know what it does? It opens my eyes. I will be mindful of how I react to hustle going forward. And you know what? Black, White, Latino… they’re all ballplayers… they ALL should be called out if they’re not busting down the line.  On a check swing tap back to the mound?… NO.  But on an infield hit to the shortstop or third baseman? ABSOLUTELY. 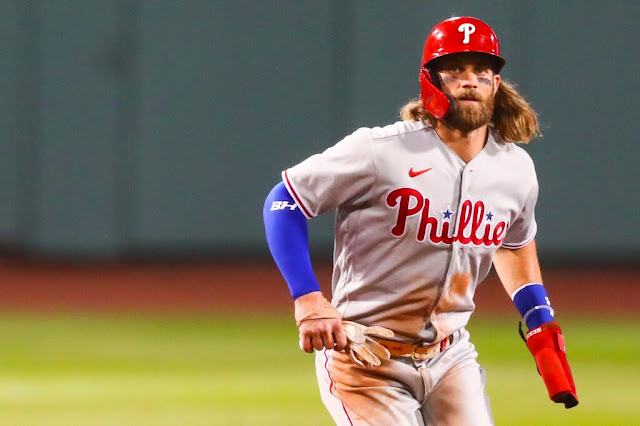 I don’t care if it’s Brett Gardner, Robinson Cano, Bryce Harper, Gleyber Torres or Fred the Martian… if you have fans paying big money to pay your salary and you jog? You need to be called out… not racially… but as a chump athlete that thinks he made it because he’s a millionaire on an MLB team.
Fans pay big money to see big things. It’s what they expect. While human, this is the biggest stage in sports… they’re ain’t nothing racial about hustle.
Smart perspective Jesse Spector. Makes you think.