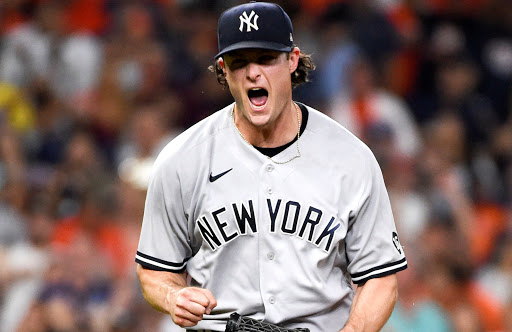 What an incredible pitching performance by Yankee Ace Gerrit Cole in Houston on Saturday night! In his first pitching stint in Minute Maid Park since 2019, this game gave me faith that you can do anything, despite the forces against you.

So, in front of his old team, a couple of days before the All Star Break and amongst the controversy of the MLB sticky substances band, Gerrit Cole carried his team and a 1-0 lead into the 9th, throwing a complete game of 129 pitches, three hits and 12 strikeouts. And to get the chance to close out this gem, Cole told his manager to stand down with couple of expletives when Boone tried to yank him with two outs in the 9th. 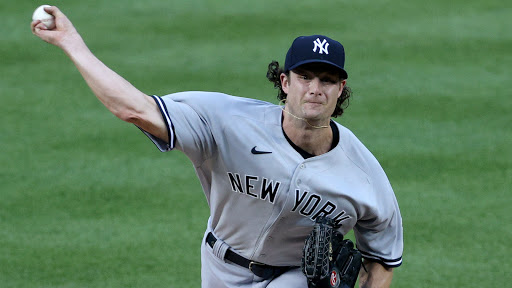 “I said the f-word a lot and I kind of just blacked out,” Cole said about the mound meeting. “I don’t really remember what I told him, to be honest.” Boone gave the edited version of the conversation and added that Alvarez would have been Cole’s last hitter regardless of the outcome. “He just wanted it,” Boone said. “He was like, ‘Let’s go,’” reported Fox Sports.

In front of a national audience, after battling a virus or illness of some sort hooked up to an IV only two days ago, Cole not only pushed through nine innings but he soared to victory, showing resilience, professionalism and leadership during a challenging season for the Bronx Bombers. 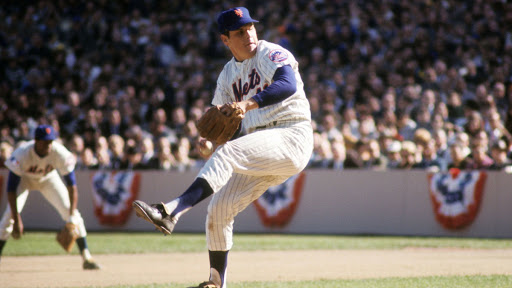 “Houston manager Dusty Baker said Cole reminded him of a certain Hall of Famer as he closed it out. “He reached back at the end,” Baker said. “That was like Tom Seaver. At the end, he ditched the rest of his pitches and relied on his fastball, the high fastball,” reported Fox Sports.

Is this a glimmer of hope? Yes. Does it define this Yankee season. Not exactly. We need three more Coles in this rotation and we may have to sell to get to a place where we have an arsenal of starters who can pitch with the same conviction as Cole. But, for now, the Yankees face Houston today to hopefully sweep the Astro and glide into an All Star Break which will include some deep reflection and an opportunity to regroup to see what kind of team will take the field the second half of 2021.