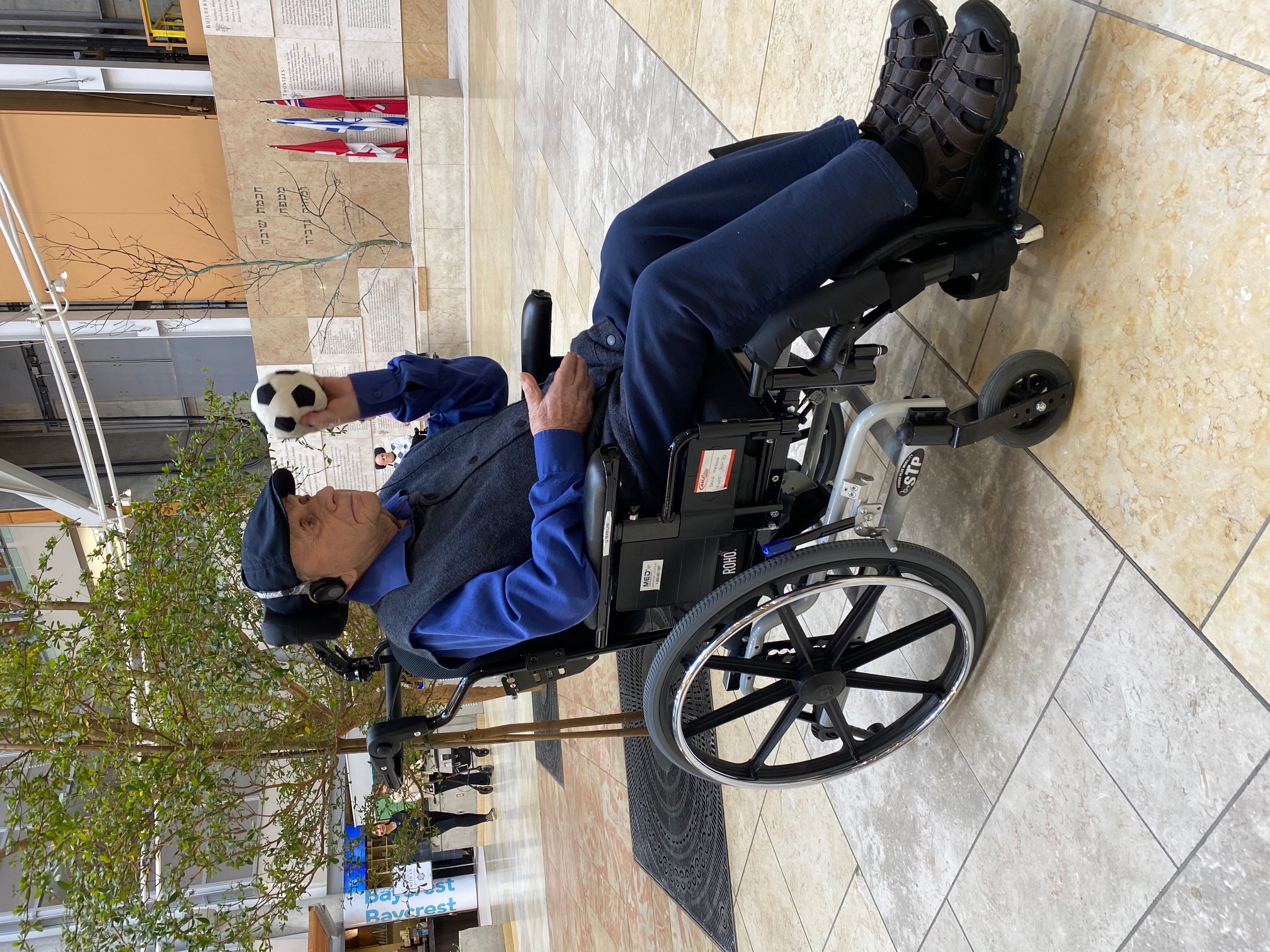 Should a father be
his son’s friend
or keep him “on track”?
Are these mutually exclusive?
Are fathers on track themselves?

I am not the world’s greatest father and I didn’t expect my father to be perfect either.

He overcame many obstacles. His parents were murdered by the Nazis when he was 19. He survived the war, became a physicist, and built a new life. He is 96 now. I salute him on Father’s Day.

He was always a father, never a friend. Many believe that fathers should not be friends. “It is the job of parents to see that the [societal] barriers hold,” W. Cleon Skousen writes in “So You Want to Raise a Boy?” (1958, p.232)

My father saw his role as keeping me “on track.”  Since his success was based on higher education, “on track” meant keeping me in school.

I was not allowed to get off the treadmill. Despite the fact I had written a syndicated newspaper column at age 11, he never believed in me or my good intentions. He always treated me like a loose cannon.

After high school, I wanted to work in a mine. Then, I planned to go to an out-of-town university known for its radical leftist professors. (I was a Lefty back then.)

My father exerted great pressure, including the inducement of the old family car, to make me enroll at the local university at once.  I succumbed and fell into a clinical depression. I only completed three of five courses with poor marks.

My spirit broken, I ended up staying at university, at first as a kind of hospice, and finally getting a Ph.D.

On another occasion, I wanted to use the family cottage as a spiritual retreat like Thoreau’s Walden Pond. Again, no deal. Get your thesis done.

FEEDING FRENZY
Our relationship was shaped when my father wouldn’t let my mother breastfeed me when I was hungry as a baby.
He had read some book that recommended that babies be trained to eat at mealtimes. I would cry my lungs out and then be too exhausted to eat when it was time.
Neighbors complained. My crying caused my father to permanently resent and regard me as some kind of adversary or “loose cannon.”
As a result, I had an “unloved feeling”  until I was about 50-years-old, not knowing why. I consciously made trouble when I was a child to “get love.”
I’m not imagining this.
In his self-published autobiography, he says that by the time my younger brother came along, he knew to let my mother feed him.
As a result, my bother was “easier to love.” (His words.)
I don’t hold grudges against people for being ignorant. We have all been ignorant. Generally, he was a great father and did his best.
“FRIEND” I complain he was not my “friend” yet he was, once, and it was a mistake.

When I was eleven-years-old, my friends and I were swiping copies of PLAYBOY magazine from newsstands. 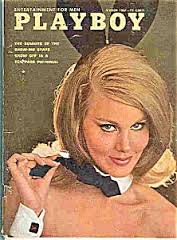 I summoned up all my courage to ask my father for a subscription. He agreed. I papered the inside of my bedroom closet doors with Playmates-of-the-Month. In retrospect, this dehumanized women and undermined all my future relationships. I believed female beauty and sex appeal were the Holy Grail.  I couldn’t relate to women as human beings.

Nevertheless, my father’s liberal response created a bond. I really dug him for it. I wish now he had taught me that I was making a mistake that would ruin my life.  He was doing his best and was no wiser than I. “Sexual liberation” was the rage in the sixties.

So here I am wishing for a better friend and a better father at the same time.

Now that he’s old, he just sits and watches TV. He says he isn’t bored.  Many old men are crotchety but my dad has never been kinder and sweeter.   Happy Father’s Day, dad!

“RAISING BOYS”
Someone said men who don’t want children have not finished being children themselves. That’s truer now than ever. We’ve been re-engineered to be perpetual adolescents, part of the war on gender and family. I was a victim of this arrested development myself. I didn’t have the knowledge and maturity to devote myself to marriage and fatherhood.

I left my son’s mom, a feminist when my son was four-years-old. “Now, I’ll have mom all to myself,” he said.

I was more upset by his confirmation of Freud’s theory.

I moved just around the block. Fatherhood consisted of driving my son to school, cooking, and playing every sport – soccer, football, tennis, baseball, hockey – on our thrice-weekly visits. 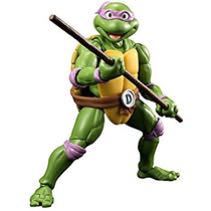 When he was six, I suggested that the bad guys weren’t really evil. His heroes, the Ninja Turtles, were being used to suppress a legitimate rebellion. He almost blew a gasket.

I have tried to be a friend, to believe in him.  I wanted him to become a historian. He took a few courses, was bored silly and, and became a lawyer instead. I don’t mind. Historians are not free to write the truth anyway.

MY SON
I’d like to be better friends with my son who is now 33.  When I mentioned this to him, he said, “Dad, this is as close as we’re going to get.
We’re closer than all my friends and their fathers.”
He doesn’t have a lot of time for relationships in general, he explained.
I suspect I am the victim of parental alienation. He leans to the Left like his feminist mother and they probably regard me as an antisemite and homophobe. I am amazed at how my family is ready to disown me without spending an hour reading what I write. Such is the power of Jewish brainwashing and the respect in which I’m held. Jews simply can’t compute that after centuries of “persecution,” they might have done something wrong.
My son says he loves me but clearly, I am somewhat of a duty.
Many parents feel this mild disappointment. I didn’t want to hang out with mine either.

The baseball player Harmon Killebrew tells this story: “My father used to play with my brother and me in the yard.  Mother would come out and say, “You’re tearing up the grass.” 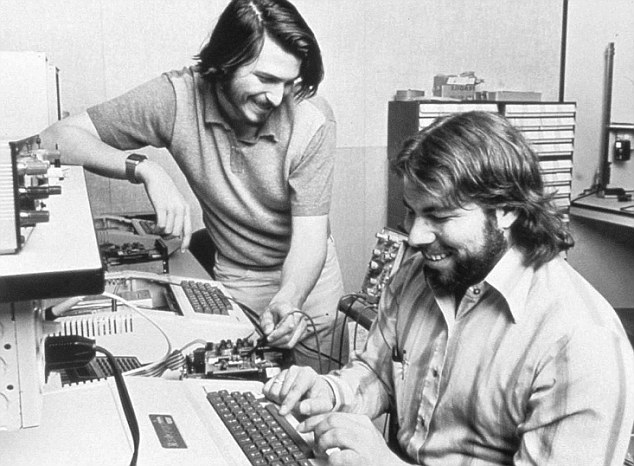 In his book, iWoz, Steve Wozniak, the inventor of the personal computer, describes how he was raised in a traditional 1950′s family. His mother looked after his emotional needs and his father Jerry, an engineer at Lockheed, supported him intellectually. There was no pressure but his father was always there to nurture and teach.

“My dad’s and my relationship was always pretty much about electronics… Dad was always helping me put science projects together…When I was six, he gave me that crystal radio kit I mentioned. It was just a little project where you take a penny, and touch it with some earphones. Sure enough, we did that and heard a radio station…It was so darned exciting, I distinctly remember feeling something big had happened, that suddenly I was way ahead–accelerated- above any of the other little kids my age..” (27)

In the US, one of every three children has no father at home.

Related: Why are Dads Afraid to Say No to their Kids?

“Fathers, have been given a great gift. No matter what, raise your kid like a prince. I don’t mean with royal comforts and privileges, but with the intention of developing a noble man, in character, spirit and intellect. Think about Aristotle and Alexander.

I like the American idea that anyone can be the President. I would expand on it: your kid can become anything.

I suggest you read “What Is a Man? 3,000 Years of Wisdom on the Art of Manly Virtue.” In this book, you will find thoughts about what a real man should be. Why should our kids be anything less than those great men in history? Why should they instead drool over Beyoncé or Kim Kardashian and spend their days on Facebook? Even if your son is not successful moneywise, he should end up with a noble heart and a wise mind.

We forget that in a kid, there are all possibilities opened to a human. At the same time, he is just a kid. Be too harsh, and you may raise a cruel perfectionist. Be too soft, and you end up with a confused and lost young man. There is a place for love and a place for instruction: both are needed.

I still dream often of my father, who passed away many years ago. I wondered many times why, and I think I know now. Fathers are more than real persons to us, they are symbols of our need for acceptance, of a longing for God, of instruction, a symbol of our search of a model for how we deal with life. Without fathers, we feel lost. Eventually, God Himself should fill this position. “

Ephesians 6:4 -Fathers, do not exasperate your children; instead, bring them up in the training and instruction of the Lord.