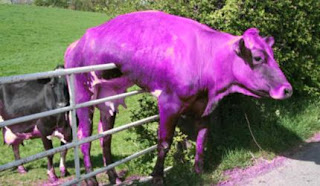 If I write or tell you a purple cow dropped from the sky and milk spilt from its teats and killed the grass it had fallen on, that’s what I want to attest to.
Maybe I’m exaggerating or just crazy but my account is what I’m trying to convey.
That you say or think I’ve misinterpreted an event and you proclaim I mistook a spacecraft from another world doesn’t mean anything.
What I wrote or said is what I’m conveying, nothing more, nothing less, and it seems I’m hallucinating or insane.
Some of us continue to laud the mental capabilities of our forebears, those who came long before us and provided written (or oral) descriptions of their realities or life, some even providing fictional stories that rival those that came much later.
Yet, the Ancient Astronaut fanatics keep insisting that our early relatives couldn’t understand odd things seen in the sky and, thus, resorted to referring to those things as chariots or birds or dragons or flying carpets, et cetera, et cetera.

But those of us familiar with ancient texts and general writings find early scribes able to define, specifically, all kinds of things that intruded on their lives, even some private and sensual human aspects of the body or life that were unseen or generally hidden from view or experience: genitalia, flora and fauna from afar, weapons and domiciles of the gods, among other “unknown” but accurately described artifacts, many imaginary, of course.

For instance, Ezekiel’s deranged observation of God’s alleged chariot is touted as the observation of an extraterrestrial craft but described in bizarre fashion as an odd chariot with a mystical overlay.

Most scholars see Ezekiel’s “symbolic” presentation as a protracted metaphor, one that I see as psychopathic rather than ‘normal” for Ezekiel’s audience and time.
The whole gist of Ezekiel’s account in the Hebrew Bible/Old Testament is about the supposed sinful transgressions by the Hebrews, as the writer, Ezekiel sees it.
(Note the plethoral use of the phrase “Son of Man” Ezekiel uses as a reference to himself, the very same reference that Jesus/Christ proclaimed as his identity. It’s a defense mechanism used to show hearers or readers that the persons proclaiming to be a “son of man” are not asserting anything more than that; they are not proclaiming to be a son of God or anything more than a human being, a son of man.)
Ezekiel’s “vision” is just that, a dream or hallucinatory episode, caused by the heat of the sun or something he ingested, which he (Ezekiel) used to make some radical points about his fellow Jews and their lapses in the face of God.

Ezekiel didn’t see a spaceship or mistook his vision for a four-headed contraption with bizarre accoutrements.
And Homer’s Trojan Horse wasn’t a concoction by extraterrestrials to ruse the inhabitants of Troy.
And Gilgamesh wasn’t given weapons from ETs to slay his enemies nor did Don Quixote fly to the moon. 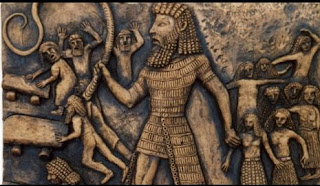 Writers wrote and write what they want to impart. They do not mistakenly interpret objects or scenes in their writings. They tell us what they want us to read or know.
The AA people are putting their gloss on past writings, and doing so by being more mad than Ezekiel or other imaginative early writers they use to foster their nonsense on an illiterate audience.
RR

Source: https://ufocon.blogspot.com/2020/06/the-failure-of-ancients-to-describe.html
Before It’s News® is a community of individuals who report on what’s going on around them, from all around the world.