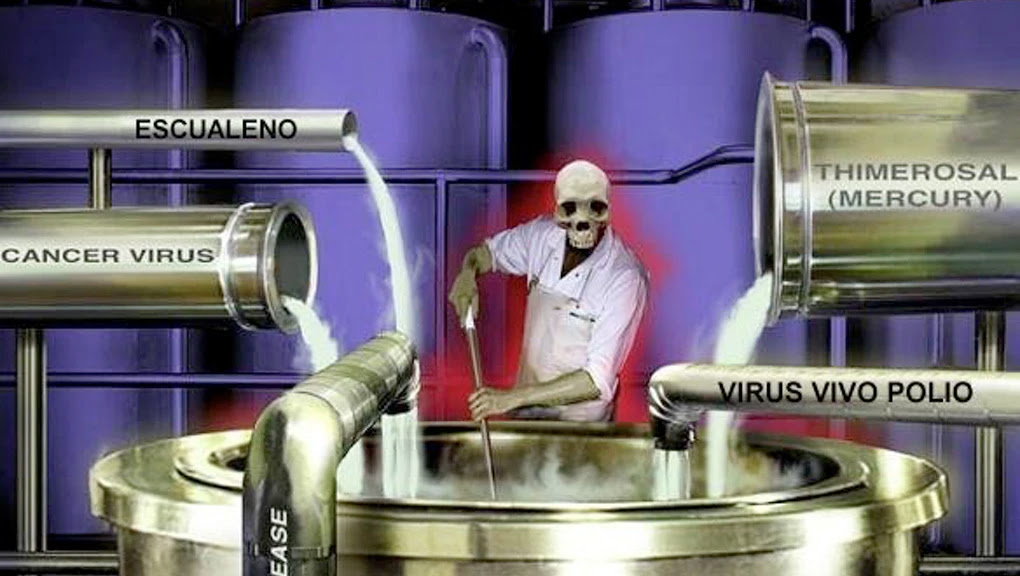 Vaccine hesitancy has gone mainstream. Less than 25% of Americans polled near the time of this writing stated they would get the approved vaccinations.

“No vaccine containing genetic materials are safe, even if they were cleansed of poisonous heavy metals and toxic chemicals. VACCINES CAN NEVER BE MADE ‘SAFE’ BY REASON OF THEIR TOXIC INGREDIENTS. The evasion of this fact makes one complicit in genocide (besides demonstrating boundless stupidity).”

Hijacked by the pharmaceutical industry, the field of medicine is now in the business of poisoning us. The mass media and government are accessories to this crime. Everyone concerned will make a bundle.

As a world-leading ‘anti-vaccinationist’-an honorable distinction denied me by vaccination proponents who prefer to evade and conceal my decades-long influence, and the vast majority of “anti-vaxxers” too who lamely proclaim “we’re not opposed to vaccines, we just want to make them safer”-I declare victory over pandemic insanity and political hypocrisy.

The absurdity that “fast-tracked” COVID-19 vaccines might be proved “safe” before, or soon after, the 2020 presidential election exceeds credulity. My allies’ efforts to expose the delinquency in this delusion, and the ‘unconscious’ politicians promoting COVID-19 vaccines, are obviously succeeding ‘against all odds.’

The ‘politicization’ of COVID-19 vaccinations dramatically exposes endemic stupidity and lethal fraud characterizing this entire industry and its political influence.

For example, the vice-presidential candidate, Kamala Harris, classically demonstrated such unconscionable ignorance and official malfeasance on CNN when asked whether she would get a vaccine that was approved and distributed before the election. Harris replied, “Well, I think that’s going to be an issue for all of us.”

“I will say that I would not trust Donald Trump and it would have to be a credible source of information that talks about the efficacy and the reliability of whatever he’s talking about,” she continued. “I will not take his word for it.”

Notice the word “safety” was not part of her vocabulary. Notice too that Harris omitted even the word vaccine from her diatribe smearing Trump, as though he was administering the injection.

Harris deceptively evaded the most critical issue. The hypocrisy of considering “efficacy” and “reliability” without safety is absurd.

NO VACCINE containing genetic materials are safe, even if they were cleansed of poisonous heavy metals and toxic chemicals. VACCINES CAN NEVER BE MADE ‘SAFE’ BY REASON OF THEIR TOXIC INGREDIENTS. The evasion of this fact makes one complicit in genocide (besides demonstrating boundless stupidity).

But the wholesale undermining of intelligence in this field is clear and convincing of mass mind control. Politicizing red herrings, diversions that evade poisonous realities, generates campaign financing especially from Big Pharma and Big Biotech companies.

Notice that synchronous with this stupidity and insanity spreading mainstream, ‘damage control’ was issued in a joint statement assuring COVID-19 vaccines will be safe and effective. Leading industrialists banking on genocide, the companies given billions of dollars in government grants, making trillions from vaccine injuries, genetic damage, and cancers-the world’s leading moneymakers and population controllers-assured us by stating an impossibility!
Their “vaccine safety and efficacy” is an oxymoron.
DEADLY DESPICABLE PHARMA

The group of nine leading companies that pledged to approve only “safe and effective” COVID-19 vaccines are full of the same monkey feces AstraZenca, Oxford, and Johnson & Johnson uses to make their false promises.

Their obvious propaganda responds to unprecedented public distrust. Vaccine hesitancy has gone mainstream. Less than 25% of Americans polled near the time of this writing stated they would get the approved vaccinations.

This new, monumental, life-saving victory for yours truly and my extended family of activists derives from the now widely held view that “the Covid-19 vaccine development process is politically tainted,” press reports heralded.

“Politically tainted?” Is this really news?

Leading vaccine industrialists and propagandists have always been “politically tainted. The entire vaccine industry sources from the same political financiers that brought you all the world’s wars. If you don’t believe that, study political science and banking history to reprogram your brain.

According to the industry’s press release, the PhRMA giants pledged to “make the safety and well-being of vaccinated individuals our top priority.”

THIS PROMISE IS STUPID and DECEPTIVE beyond belief.

The PhRMA cartel assured civilization that the new vaccine developers would “continue to impose high ethical and scientific standards on the vaccine-testing process.” They would apply for government authorizations only “after demonstrating safety and efficacy through a Phase 3 clinical study.” 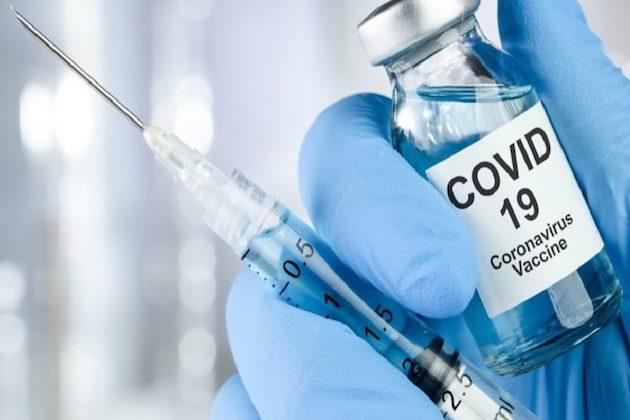 The word “continue” is curious. The prospective pledge is dubious. Especially because network television already shows (in September 2020) mass production of COVID-19 labeled vials full of the not-yet-proven “safe and effective” vaccine that is being stockpiled and distributed to satisfy the “authorized” billion-dollar grants for “fast-tracked” orders.

What’s wrong with that picture?

These “high ethical” concerns and “scientific standards” are reminiscent of previous disasters and scandals.

Recall that AstraZeneca’s “FluMist” nasal spray was similarly touted “safe and effective” before it was pulled from the market in 2016 for killing more people than it supposedly helped.

Recall the FluMist vaccine’s three percent efficacy. That did not surpass the double-digit percentage of people sickened and killed by this “injection-free” H1N1 Swine Flu remedy.

Was this “ethical” and “safe”? Was this “authorized”?