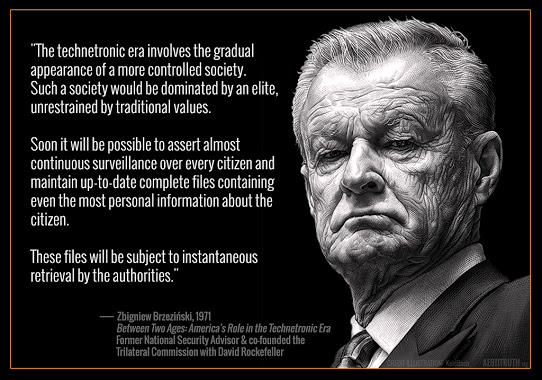 The agenda for the future is to keep society in the dark not for one winter, but for eternity. The tool being used for this effort is called a deadly ‘virus pandemic,’ but in truth, it is simply astounding propaganda based on a lie, a lie that is totally dependent on a weak, ignorant, and compliant populace.
“All political institutions are manifestations and materializations of power; they petrify and decay as soon as the living power of the people ceases to uphold them.”
~ Hannah Arendt
There Is Foretelling of a Dark Winter: The Real Plan Is for a Dark Year, Dark Decade, and a Dark Century
by Gary D. Barnett
(abridged by henrymakow.com)
“Dark Winter refers to a purposely-staged event propagated by “Johns Hopkins Center for Civilian Biodefense Strategies, … This was held as a senior-level simulation exercise…Those events have been staged over the past 19 years, but are now actually being played out against all of us. This is no exercise, but reality.
As I said in my May 18, 2020 article at Lew Rockwell titled “The Coronavirus ‘Dark Winter’ PSYOP: Question Everything and Do Not Comply With any Government Order:”
“The only real defense that is valid during this exercise in mass tyranny is total refusal to comply with any and all government mandates. We are in the midst of the largest psychological operation (PSYOP) in the history of mankind.”
“The newest term being targeted toward the masses is the coming of the “Dark Winter,” which is nothing more than propaganda based lies meant to prepare the sheep for a planned continuation and escalation of this fake pandemic in order to bring about world domination.”
It has been brutally obvious that this past winter brought much harm in the form of lockdowns, isolation, business closings, job loss, economic destruction, riots and property destruction, and medical martial law. That did not end however, after winter was over, as the political class under orders from their banking and corporate masters, continued on with many mandates, and claimed a second and even third phase would be evident soon. That should have opened the eyes of many to the lie about a ‘dark winter,’ because it was never meant to end. This winter will be but the beginning of continuous dark times unless mass pushback and mass dissent are forthcoming. Once the American public accepts the plot for a ‘dark winter’ as legitimate, that darkness will be perpetual due to state propaganda and lies.
This is the most dangerous time in our history, as the state and its masters are close to being able to manipulate the people into believing that ‘normal’ is whatever the state claims is normal. Going back to normal ended months ago, and each and every day brings a new meaning to what we consider to be a normal life. The people at large should control their own behavior and life choices, not a ruling class, but that notion has been turned upside down since the state ‘Covid” conspiracy began.
Resistance by whatever means necessary is essential if any normalcy is ever to be regained and continued. It could soon be too late to change this course we are on, at least by non-violent means. The longer this tyranny is allowed to expand in scope, the more difficult it will be to rectify.
There will be a ‘dark winter’ because the perpetrators of this fraudulent ‘virus pandemic’ have already made certain that this population has been sickened and weakened by these totalitarian lockdown and isolation measures and mandates. They have knowingly plotted to cause the destruction of the immune systems of the citizenry by their political actions. By forcing people to close their business, by ruling that economic activity was responsible for virus spread, thus eliminating millions upon millions of jobs, the stress and poverty created devastated this population, making them susceptible to sickness and death. Now, with another flu season upon us, many if not most of the people in this country are ripe for sickness and infection, and that purposely caused situation will be taken advantage of by the evil ruling and political classes in order to contain and control the entire country.
Once this advances to the next planned stage of this fraud, the ‘dark winter’ will become the dark spring, the dark summer, and then the dark fall; just in time for the next flu season. This is meant to be an ongoing operation, and will not end without great resistance by the people of this country. Never believe one word coming from the mouths of government or mainstream media, as those that control this country have no intention of ever allowing any normalcy again.
The so-call Covid vaccination that will be released very soon will be a deadly nail in the coffin of freedom, as body and mind changes due to any number of biological agents, messenger RNA, nanoparticles delivered through hydro gel injection, and poisonous man-made viruses and adjuvants, will have the ability to alter human health and behavior. Avoid these vaccines at all costs, because in my opinion, these will be meant to solidify control of the general population.
There will be many scare tactics coming in order to get those currently balking at a vaccine to accept it willingly, possibly including the targeted release of bio-weapon grade viruses. Be aware that this could easily be part of the plot against mankind, and do everything in your power to resist and fight back against these government monsters.
Sources:

Loading...
"Not by might, nor by power, but by my spirit, saith the Lord of hosts." Zechariah 4:6
BEFORE IT'S NEWS ON TELEGRAM
GET THE TELEGRAM APP - https://telegram.org/ JOIN OUR CHANNEL - https://t.me/BeforeitsNews
Read it..
BEFORE IT'S NEWS
SIGN UP FOR OUR NEWSLETTER
Today's Top Stories
Never to Be: Major Arrests? Emergency Broadcasts? Will the World Be Shocked by the Events That Are Ahead? - Just Informed Talk Video
Never To Be: The Stage Is Set! Open Your Eyes! Trust In The President! - Must Video
X22Report: The Shot Heard Around the World, D5, 11.3 End of Occupation! - Must Video
News Flash: Washington D.C. Seized by Antifa & BLM, That's Why the Military Was Sent
Situation Update, Jan 20th - Day of Reckoning: Will the Republic Die or Be Reborn? - Mike Adams Must Video
Chief Pentagon Spokesperson Explain in Pentagon about the National Guard presence in Washington 2021
Inauguration Day Significant For Those Trained In The Art Of War And Trump Has Last Move Advantage!!
January 20: Deep State Doomsday or “the Joke’s on Us?”
The Final Hour: Praying For A Miracle! - SGT Report Must Video
The Event Will Be Sudden & There Will Be No Time to Prepare & I Have Used Barack Obama, Hillary Clinton and Donald Trump...
Loading...
Featured
Meet The New Boss, Same As The Old Boss – Americans Get Fooled Again
CIA Drops ‘Black Vault’ Trove Containing ‘All’ Government Documents On UFOs
The White House:  President Biden Signs Executive Orders and Other Presidential Actions
Dark Days Ahead! The Dan Bongino Show! - Must Video
An Open Letter to Trump Supporters
Lin Wood January 20th Update
The Deep State’s Stealthy, Subversive, Silent Coup to Ensure Nothing Changes
What Just Happened Today America?
What can come next? (A Baker’s Dozen ™)
You Don't Know What You Don't Know!—No One Does! Power Elite Declares All-Out War Against Americans!
Loading...
Top Global
Meet The New Boss, Same As The Old Boss – Americans Get Fooled Again
Bigoted Biden Admin Changes U.S. Ambassador to Israel into “U.S. Ambassador to Israel, the West Bank, and Gaza”
The Communist Movement In The United States That Has Spread Like A Virus Around The World! Excellent Video!
Biden Disaster Already Unfolding Before Our Very Eyes! He's Doing Everything Americans Don't Want! - Must Video
The Left Calls For a Secret Police Force—American Gestapo—& An Army To Monitor Trump Supporters…
Trump orders US CENTCOM to include Israel
America Is Babylon the Great And Is Destined For Destruction And Will Never Be Inhabited Again! Britain Is Also Babylon the Great and Will Be Destroyed After America Is Obliterated!! Must Watch Videos!!
Massive Explosion Destroys Building in Downtown Madrid
BBC Says Don't Hug Kids After Jab
DE: Eilmeldung - (Neue) Lockdown-Maßnahmen verfassungswidrig!
Loading...
Top Alternative
The Red Shoes & The Illuminati Ninth Circle | Satanic Hollywood Sacrifices, NWO Agenda, Martial Law ! Fantastic video!!
Biden Inauguration Was Under Military Lockdown, Trump’s Inauguration Was Open To The Public
Eerie Sight: Washington D.C. On Inauguration Day
The US House of Representatives Passes the MORE Act
President Donald Trump’s Farewell Address
The Left Calls For a Secret Police Force—American Gestapo—& An Army To Monitor Trump Supporters…
The Take Down - TheCrowhouse.  Excellent Video!
Right Outside Your Door: If An FBI Agent Knocks
Fake Inauguration Aftermath... Don't Give Up Hope!!
DOD Announces New Acting Secretary of Defense, Service Secretaries