Among the many books (some here) that I try to squeeze into my obsession with reality – the real reality is this one, that I’ve found elucidating and clarifying, about the idea of God (and, indirectly, the UFO phenomenon): 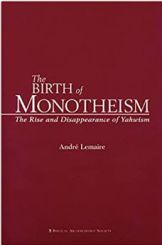 Lemaire’s book has (inadvertently?) made pronounced for me that God is not God, and here’s why:

The very opening chapters establishes the “facts” that before god became God, there were many “gods” – all created from a mythical mind-set by humanity, human beings across the globe.

Lemaire deals with the early [circa 1500 B.C] Middle Eastern cultures, especially, the Judaic culture but in his examination of the emergence of the god Yahweh, within the early Jewish people, he establishes, for me, how god became God, and it’s not a metaphysical endowment.

For a detailed discussion of early indications of God by early mankind, I suggest Gods, Voices  and the Bicameral Mind: The Theories of Julian Jaynes edited by Marcel Kuijsten [2016]

For my purposes here, let me stick with what Lemaire brings forth from his work on the deities of the Middle East tribes from which the Jewish belief system(s) developed and morphed into the western world’s primary religion, Christianity.

The diverse cultures of Samaria, Phoenicia, Egypt, Macedonia, and the sub-cultures of each, Canaan, Judah, Israel, et cetera were almost continually at war with other tribal peoples from the Bronze Age [as early as 3000 B.C but listed as 2000 B.C. generally]. 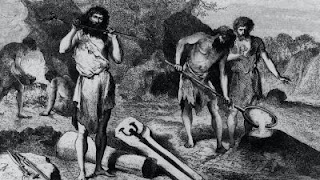 Within those tribal wars, “leaders” were called upon or said to have led a tribe to victory or defeat, some being lauded as others became diminished by their losses of territory, among the usual spoils of war.

The Jewish peoples selected as their alleged leader, Moses who was tutored and supported by a “being” eventually known as YHWH, who diminishes in power and adulation about the time of Jesus.

What gave YHWH his status as God, the divinity who ostensibly bettered such gods as Chemosh, Baal, and others in those struggles that Israel had with surrounding tribes?

There is nothing of note that delineates YHWH as a supreme entity, and Lemaire offers support for the rise and fall of YHWH during the period [approximately 1300 B.C. to 70 A.D.].

There is nothing shown in Biblical texts or records from those other cultures, mentioned above, that tells me YHWH [Yahweh] was God above God. 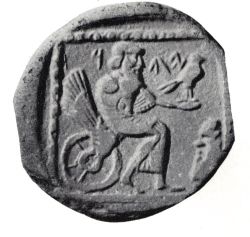 The original name of God – the creator God — in the Mesopotamia area was EL (EL Elyon). YHWH adopted the sobriquet – the Almighty God – and I speak of YHWH as an actual being, one promoted by Moses and the later prophets.

Here’s my hypothesis: Beings of stature had arisen (or shown up) among humanity for all of the period we call the ancient world. I’m not referring to the Ancient Alien (Astronaut) nonsense but propose that within the history, as best as it can be discerned, men (and women) who became or were seen to be divine (Gods) appeared or lived within human communities.

(Julian Jaynes suggests that such a possibility would be based on hallucinatory episodes during the rise of consciousness or self-awareness among primitive man, as far back as Neolithic time.)

But the mythologies that arose about such “creatures” – such living, actual beings – is diverse to the point of historical, even mythological incongruity.

In the religious arena, weird entities came to divinity from the pressures and outpourings of so-called prophets, especially in the Hebraic communities. (Lemaire delineates.)

Outside the holy milieux, Gods or gods were festooned with extreme human attributes and made divine only because they were supposedly endowed with abilities that were beyond those of mere mortals.

In the Israel cultures that existed from the Bronze (maybe Iron) Age to today, their god is a corrupted and deficient entity worshipped wholeheartedly and fervently even after the profound human tragedy, The Holocaust.

The gods of the early Mesopotamian civilizations have almost all disappeared or have been forgotten.

Allah, the Islamic God, arose long afterward the time of the worshipped gods of the Middle East peoples.

But how and why did men and women of striking human differences but not immortal attributes come to be seen as Gods?

One can see how Ancient Astronaut/Alien believers have come to fixate on beings from the skies, extraterrestrials as it were. Mighty men and women intrinsic to this planet, Earth, seem improbable.

But an exegetical read of the supposed accomplishments and achievements of beings who performed apparent super-human feats shows that the feats and accomplishments were manufactured by cultish members of clans or tribes who fictionalized activities that were anything but miraculous or super-human.

The feats were within the range of abilities by normal humans but extolled as if they were more than that.

The Greeks and later human cultures (societies) bifurcated their heroes and divinities, but not to the same degree that the Israelites did with Yahweh.

The illuminated peoples, the Greeks of the 1000 to 300 B.C. years (and their later mimics, the Romans) created heroes – Heracles (Hercules), Achilles, Theseus, Perseus, et al. – but provided a separate category for its Gods: Zeus, Hera, Poseidon, Apollo, Hades, et al. 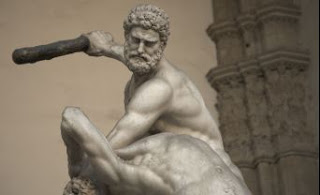 But all the attributes of the Middle Eastern gods, especially Israel’s YHWH, are human, not divine or extraterrestrial.

Yet, the human attributes are odd: self-glorifying, jealous, vain, braggadocio, quick to anger, et cetera, even evil (which the Gnostics applied to the Jewish God, Yahweh, particularly).

In early Oriental texts, such as India’s, China’s, Japanese. Polynesian and the Scandanavian (Norse) texts where Wotan is god with followers and co-gods and a gaggle of separate heroes, one sees all the personae as human imagined, not extraordinarily divine in its proper sense. The beings have characteristics and behaviors unique to mankind, not unusual as one might expect for extraterrestrial entities.

Yahweh provided nothing unusual or miraculous, all his activity needing support and implementation by men: Moses parting the Red Sea or Joshua bringing down the walls of Jericho for example. The Jewish god could not act without the help of humans.

And ETs, according to Ancient Astronaut theorists need men and women to achieve the feats attributed to them by AA believers.

My point, finally, is that there is no God(s) and no visitors from outer space.

Everything offered in the beliefs for the gods are fictive, creatively imagined; nothing more.

Why mankind did this or does this is yet to be explained, fully.