They’re not hiding it. The Freemason insignia is at the top left corner of this video.
Our feckless ancestors gave all national credit cards to our worst enemies: the Masonic Jewish banking cartel. Now they plan to dispossess and enslave humanity. Money is CONTROL. Our politicians are usually Freemasons. They serve the banking cartel and its instruments, the UN, World Bank, IMF, WEF. They serve Money. They have nothing but contempt for democracy and for us. We have been duped in the most egregious way; most people still haven’t figured it out.
Peter Koenig – “Massive Civil Disobedience is in order – and that rather sooner than later. The more we wait with action, the more we sleepwalk into this absolute human disaster.”
The Post Covid World, The WEF’s Diabolical Project: “Resetting the Future of Work Agenda” – After “The Great Reset”. A Horrifying Future
By Peter Koenig
(abridged by henrymakow.com)
The World Economic Forum (WEF) has just published (October 2020) a so-called White Paper, entitled “Resetting the Future of Work Agenda – in a Post-Covid World”.
This 31-page document reads like a blueprint on how to “execute” – because an execution (or implementation) would be – “Covid-19 – The Great Reset” (July 2020), by Klaus Schwab, founder and CEO (since the foundation of the WEF in 1974) and his associate Thierry Malleret…
It promises a horrifying future to some 80%-plus of the (surviving) population. George Orwell’s “1984″ reads like a benign fantasy, as compared to what the WEF has in mind for humanity.
The time frame is ten years – by 2030 – the UN agenda 2021 – 2030 should be implemented.
Planned business measures in response to COVID-19:
+An acceleration of digitized work processes, leading to 84% of all work processes as digital, or virtual / video conferences.
+Some 83% of people are planned to work remotely – i.e. no more interaction between colleagues – absolute social distancing, separation of humanity from the human contact.
+About 50% of all tasks are planned to be automated – in other words, human input will be drastically diminished, even while remote working.
+Accelerate the digitization of upskilling / reskilling (e.g. education technology providers) – 42% of skill upgrading or training for new skills will be digitized, in other words, no human contact – all on computer, Artificial Intelligence (AI), algorithms.
+Accelerate the implementation of upskilling / reskilling programs – 35% of skills are planned to be “re-tooled” – i.e. existing skills are planned to be abandoned – declared defunct.
+Accelerate ongoing organizational transformations (e.g. restructuring) – 34% of current organizational set-ups are planned to be “restructured’ – or, in other words, existing organizational structures will be declared obsolete – to make space for new sets of organizational frameworks, digital structures that provide utmost control over all activities.
+Temporarily reassign workers to different tasks – this is expected to touch 30% of the work force. That also means completely different pay-scales – most probably unliveable wages, which would make the also planned “universal basic salary” or “basic income” – a wage that allows you barely to survive, an obvious need. – But it would make you totally dependent on the system – a digital system, where you have no control whatsoever.
+Temporarily reduce workforce – this is projected as affecting 28% of the population. It is an additional unemployment figure, in disguise, as the “temporarily” will never come back to full-time.
+Permanently reduce workforce – 13% permanently reduced workforce.
+Temporarily increase workforce – 5% – there is no reference to what type of workforce – probably unskilled labor that sooner or later will also be replaced by automation, by AI and robotization of the workplace.
+No specific measures implemented – 4% – does that mean, a mere 4% will remain untouched? From the algorithm and AI-directed new work places? – as small and insignificant as the figure is, it sounds like “wishful thinking”, never to be accomplished.
+Permanently increase workforce – a mere 1% is projected as “permanently increased workforce”. This is of course not even cosmetics. It is a joke. 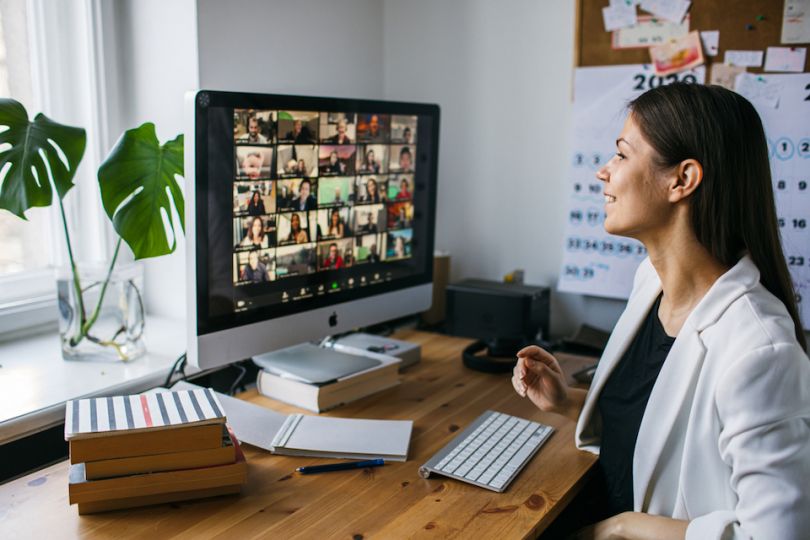 The Great Reset also foresees, a credit scheme, whereby all personal debt would be “forgiven” – against handing over all personal assets to an administrative body or agency – could possibly be the IMF.
So, you would own nothing – and be happy. Because all your necessities will be provided for.
Also, it should not occur to you to disagree with the system, because – by now each one of you has been covid-vaccinated and nano-chipped – so that with 5G and soon to come 6G, your mind can be read and influenced.
Please do not call this a conspiracy theory. It is a White Paper, an “authoritative report” by the WEF.
DARPA – Defense Advanced Research Projects Agency, is part of the Pentagon -and has years ago developed the technology. It is just a matter of time to implement it. And Implemented it will be, if We, The People, do not protest – Massive Civil Disobedience is in order – and that rather sooner than later. The more we wait with action, the more we sleepwalk into this absolute human disaster.
Social and human relations are being eviscerated.
ADVANTAGES
This has several advantages for this novel “totalitarian” WEF approach to humanity – to controlling humanity.
- We, The People, cannot rebel, we have no longer cohesion among ourselves,
-”We, The People”, will be played against each other – and there is an absolute digital control over humanity – executed by a small super elite.
-We have no access to this digital control – it is way beyond our reach. The idea is, that we will gradually grow into it – those of us who may survive. Within a generation or so, it is expected to become the New Normal.
The “survival angle” is an aspect not mentioned directly either in The Great Reset, or in the “Implementation Guide” – i.e. in the White Paper “Resetting the Future of Work Agenda – in a Post-Covid World”. 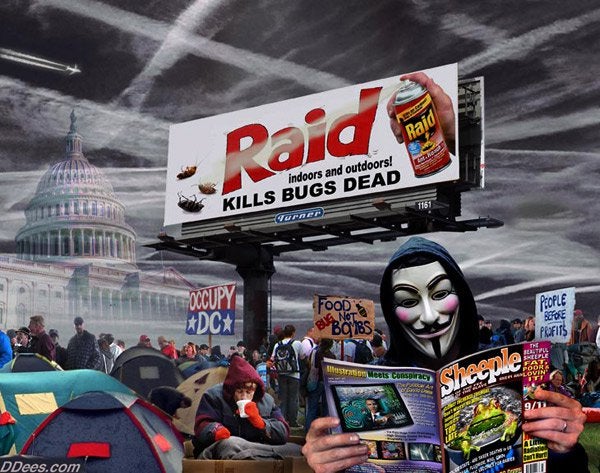 DEPOPULATION
Bill Gates, the Rockefellers, Kissinger et al, have never made a secret out of their strong opinion that the world is over-populated and that the number of people has to be literally reduced. We are dealing with eugenicists.
A perfect method for reducing the world population, are Bill Gates initiated, and WHO-supported vaccination programs. Scandals of such disastrous vaccine programs resulting in children’s death were recorded in India (in the 1990s), Kenya (2014 and thereafter) and other parts of the world.
See also a very revealing TedTalk by Bill Gates of February 2010, “Innovating to Zero”, just about at the time when the “2010 Rockefeller Report” was issued – the very report that has given us so far, the “Lock Step Scenario” – and we are living it now. Hardly protesting it – the entire world – 193 UN member countries – has been coopted or coerced into following this abject human rights abuse on a global scale.
What either report, The Great Reset and the “Resetting the Future of Work Agenda” fails to mention is who is going to enforce these draconian new rules? – They are supposedly the same forces which now are being trained for urban warfare and for suppressing riots and social unrest – they are the police and the military. 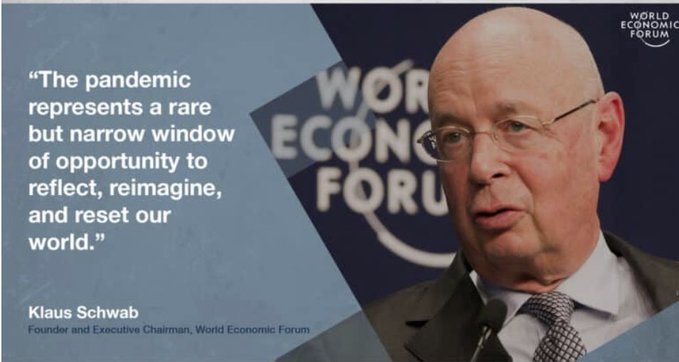 Part of our People’s Organization of Civil Disobedience, will be on how to focus on and talking to, educating, informing the police and military of what they will be used for by this small elite, and that in the end they are also just human beings, like the rest of us, therefore they better stand up in defense of the people, of humanity. The same needs to be done to teachers and medical personnel – information, the unfettered truth.
That’s the challenge. If we succeed – the game is over. But it’s a long way.
Media disinformation is brutal and powerful and hard to contradict for “us”, without a sizeable budget for counter-propaganda, and as a group of people, which is ever more divided by the very media. The mandatory wearing masks and social distancing – has already made enemies of what we used to be, colleagues, friends, even within families.
This very diktat has managed to create rifts, divisions and discord within our societies
No fear – but shredding “Resetting the Future of Work Agenda” and the “The Great Reset” literally to pieces – with a human alternative that would do away with organizations like the WEF, and coopted UN agencies, like WHO, UNICEF, WTO, World Bank, IMF – and maybe even the entire UN system. Political and business leaders behind this project must be confronted. The fundamental principles of international law including Nuremberg must be applied.
————-
Peter Koenig is an economist and geopolitical analyst. He is also a water resources and environmental specialist. He worked for over 30 years with the World Bank and the World Health Organization around the world in the fields of environment and water.
Related – Koenig – We are at War