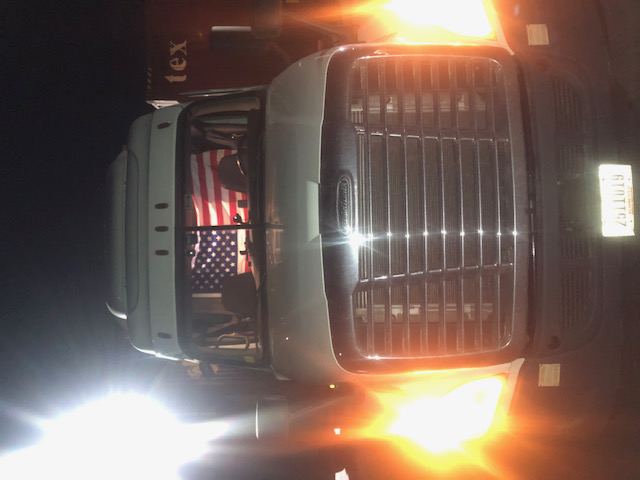 (Ryan’s truck)
LOCKDOWN ANECDOTES
TRUCK DRIVER Ryan Messano explains why he refused to wear a mask.
Below, Chuck describes the ordeal that he faced on his return to Canada from the Dominican Republic.
Finally, George comments on states rolling back repressive federal mask mandates.
Fired from my truck driving job at Schneider making $80-$120k a year, plus benefits, for refusing to wear a mask at Target.
“Dear Schneider [meats, his employer], I have had a great experience with Schneider. I have given the company my blood, toil, sweat, and tears, having worked 70 hours nearly every week I’ve been here.
Initially, I was disturbed by having to deliver to Walmart and Target, two of the biggest exploiters of the 1.4 billion slaves in China. But, I said nothing, while I avoid shopping at those two places like the plague.
Today was the final straw. I have to follow my conscience, and Target constantly harassed me to wear a mask. Three reasons that makes no sense.
First, 99.7% of those who get Covid under 70 recover.
Second, the masks are not small enough to block coronavirus Microbes,
and Third,The CDC and who both change the definition of a pandemic from death to infections in 2009. Under the original definition, there would be no lock down, and no mandated mask wearing. Due to this I cannot Cooperate with the biggest lie and hoax in human history.
I can no longer cooperate with a deliberate attempt to destroy the American middle class.If I have to lose my job, at least my conscience is still my friend. Here I stand, I can do oh no other, so help me God.
Besides, who does Target think they are, they would be destroyed without their 1.4 billion slaves in China. And, if any of us print out money, we go to jail for forgery, but the owners of the federal reserve own Walmart, China, Target, the media, schools, And tech companies and they get to constantly print out their fake money whenever they want, while creating stupid hoaxes like this virus to justify economically crippling America.   I have more money in my bank account than Target has made in the last 10 years, legitimately.”
I am scheduled to get my Class A trucking license in Wyoming this week, and to buy a truck through a company in Tennessee, to quadruple my earnings.
The only reason why I did this is because I had a plan in my back pocket for future employment, as it’s nearly certain defying this bogus lockdown can result in job termination.
I studied the trucking industry for six months.  The trucking companies are desperately trying to hire truck drivers who know nothing of America or her history, to create an army of pawns, to uphold the NWO in America, and to ensure that the people are pacified until the bankers are ready to pull the plug.
——— 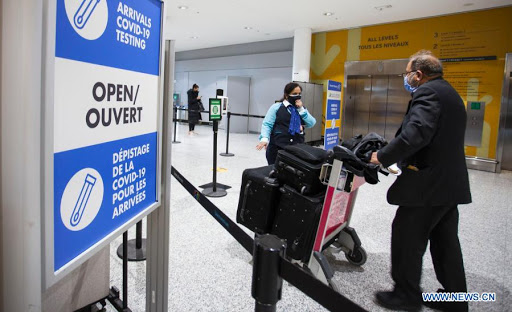 I asked Chuck if he had to be tested for covid on arrival in Montreal.
“A first test 72 hours at most before leaving, and another at arrival, in my case at 1 am Saturday. I got my airport test result Sunday morning and was home in the evening. Now starting 14 days of quarantine and a third self-administered test on the 10th day.
They give you a test kit upon leaving the airport. The self-administration of this third test is monitored through a web video session and the result mailed-in. It’s like coming back from a killer disease ridden country… And, oh, three days in a quarantine hotel, the cheapest for $1300.
Since I arrived very late, I got what must be the worst room in a sort of motel with no dining room, hence a cold breakfast. The other meals were quite good, though, brought in warm from a catering outfit.
A team from French CBC was there around ten Saturday morning (that place must have fed horror stories in the media) and I got to give them an interview. With the cold breakfast, an overheated room with a heater buzzing like a Hydro 120 kV transformer, I had a lot to say…
The report was to be featured on the local evening news but I didn’t get to see it, because no regular cable feed on the tv… Most people, like me, stay only two nights because the test results are generally delivered within 48 hours. The third day is not refundable. A brisk business.
The cab driver from the airport said winter tourism is dead. So will be overseas tourism to Canada with such an ordeal upon arrival. Much pressure to take the”vaccine” for the ill informed.
—-
I agree completely that states’ rights is beginning to assert itself. However, the way this is happening has been somewhat unexpected. The really effective reaction is taking place on beaches, in bars, restaurants, and open-air parties. People want a little bit of joy in their lives. The cardboard cutouts at sports events are surrealistic manifestations of tyranny. The states of the old Confederacy, now insulted as being “Neanderthal” rather than “deplorable” or “redneck” are leading the movement.
But other free states such as the Dakotas and Idaho are beginning to join in. The mood in the air is that those with a spirit of freedom in their hearts have had enough, while those who are born slaves are showing it with their masks and lining up for vaccinations.
Because of the massive economic and social devastation created by the COVID hoax piled onto a century of financial mismanagement by the so-called Federal Reserve, an equally massive blowout is to be expected. Ideally, one would hope that the perpetrators of this disaster would be punished selectively.
Realistically speaking, however, the worst victims will undoubtedly be the weakest and most vulnerable, those living in the tent cities of Los Angeles, the elderly victims of the breakdown of the nuclear family, and other innocents, as has been the case since time immemorial. Only in the religious doctrines of Heaven and Hell do the wicked and the righteous receive in a systematic way the full recognition of their actions during life.