Are We Being Played?
The Academy of Divine Knowledge appears to be a Masonic organization whose teachers and supporters include prominent anti-vaxers David Icke, Judy Mikovits, Del Bigtree, Alec Zeck, Dr. Christiane Northrup,  Dr. Carrie Madej, and RFK Jr.
by CR
(henrymakow.com)
This video by Sgt. Michelle Foy exposes some of the most popular anti vax media personalities as New Agers and fake Christians.  Many are linked to the suspicious Academy of Divine Knowledge including RFK Jr., Sacha Stone, and Dr. Carrie Madej.
As Texe Marrs explains (New Age Movement is Jewish), the New Age movement is based on Kabbalah, a Jewish school of mystical thought.  Followers of Kabbalah include Madonna, the Clintons, Donald Trump, and Albert Pike, author of “Morals and Dogma of the Ancient and Accepted Scottish Rite of Freemasonry.”
Are these people involved in Kabbalah?  And what are the implications of this?  Read and judge for yourself.
ACADEMY OF DIVINE KNOWLEDGE
The other teachers are an assortment of psychic mediums, yoga instructors, remote viewers, and random new age kooks.  One of the remote viewers, Michael Jaco, just happens to be a former CIA operative.  Nothing suspicious here, right?

The Academy’s logo is a hexagram in a circle, most commonly known as the Star of David.  However, this is not a Jewish organization per se.  They also charge $33 per month for membership, a very odd number considering the reference to Freemasonry.
The FAQ on their site explains that the price is $33/month because 33 is a Master Number that holds many divine meanings – one of which is that “all things are possible.” This resonates strongly with our community as we pursue the idea that our Academy can create massive shifts in humanity as a collective. 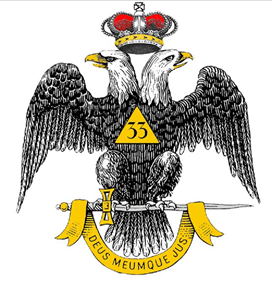 I reached out to the Academy for more information regarding their connections to Masonry and satanism, they replied “We are not freemasons, and to our knowledge, none of our teachers are freemasons either” and repeated the FAQ’s statement on the number 33.  They also said that their logo is called the Merkabah and provided a link with an explanation based on Sacred Geometry, a practice used by the Freemasons and other occult organizations.
Interestingly, the response did not address whether or not they are satanists.
As for the Merkabah, a “coincidence” is that there is also an early school of Jewish mysticism called Merkabah Mysticism, centered largely on the book of Ezekiel.
As Helena Blavatsky, co-founder of the Theosophical Society explains in “Isis Unveiled”, “The Books of Ezekiel, Daniel, Henoch, and the Revelation of St. John, are purely kabalistical. This secret doctrine is identical with that of the Chaldeans, and includes at the same time much of the Persian wisdom, or “magic.”"

(Theosophy logo – note similarity to the Academy’s logo)
“STAR” OF SATURN, PLANET AND PAGAN GOD
The Merkabah symbol is also discussed by the prophet Amos, and the same verses repeated in Acts.  Amos 5:26-27 (KJV): But ye have borne the tabernacle of your Moloch and Chiun your images, the star of your god, which ye made to yourselves.  Therefore will I cause you to go into captivity beyond Damascus, saith the LORD, whose name is The God of hosts.
Chiun, called Remphan in versions of the bible based on the Greek Septuagint translation, is another name for Saturn as explained here: Topical Bible: Chiun (biblehub.com)
The connection between the hexagram symbol and the planet/god is likely related to the fact that the planet Saturn has a hexagonal cloud pattern located around its north pole.  This was officially discovered by NASA’s Voyager mission in 1981, but somehow the ancient pagans made the connection, as the centre of the hexagram is a hexagon.
On their site, they say “The Academy of Divine Knowledge was founded on the initial principle of helping humanity through its awakening process in a comfortable manner. Through sharing and uncovering expansive information and knowledge, our goal is to unite together to raise the collective consciousness while preserving and promoting freedom of speech. We knew we needed a change in our world, and we knew we could only do it on a collective level. When we come together in unity consciousness and put our energy together, we shift our entire reality in ways that surpass even our wildest dreams!”
On what basis can it be said that humanity is in an “awakening process” and what could that possibly mean?  The answer may be found in the planet Saturn itself.
ASTROLOGICAL CONNECTION BETWEEN SATURNALIA AND COVID LOCKDOWNS?
The following might all sound like some new age mumbo jumbo, but it is not without significance to our current situation.
Astrology is important to occultism, including Kabbalism, and 2020 just happens to be the year all the stars lined up, so to speak.
The Romans used to celebrate the week-long festival of Saturnalia beginning on December 17th every year.  In 2020, Saturn came into the sign of Aquarius on December 17th, and will remain so until March 2023.
Saturn was also in Aquarius from March 21st-June 1st 2020, and prior to that the last time was in the 1990s, and prior to that in the 60′s.  Not only that, but in the last 100 years Saturn has never come into any sign on December 17th, ancient astrological records would be required to find the last time this has happened.
The first period of Saturn in Aquarius in 2020 corresponds to the time most countries were first placed in lockdown, and the second round of lockdowns began around the time of Saturnalia.  Now in July 2021 some countries are in a new round of lockdowns, others are rolling out vaccine passports to segregate those who haven’t succumbed to the coercion and taken the deadly, experimental vaccines.
In “The Secret Doctrine” Blavatsky says “It is “Satan who is the god of our planet and the only god,” and this without any allusive metaphor to its wickedness and depravity. For he is one with the Logos, “the first son, eldest of the gods,” in the order of microcosmic (divine) evolution; Saturn (Satan), astronomically, “is the seventh and last in the order of macrocosmic emanation, being the circumference of the kingdom of which Phoebus (the light of wisdom, also the Sun) is the centre.”
The Gnostics were right, then, in calling the Jewish god “an angel of matter,” or he who breathed (conscious) life into Adam, and he whose planet was Saturn.”
I am no expert in astrology, but obviously it is of great significance to the cult of Saturn that the planet went into Aquarius on Saturnalia in 2020, and most likely this has something to do with the global tyranny we are all facing.
NEXT SCAM – CLIMATE CHANGE
Another prominent figure associated with this group is RFK Jr.  The Academy has an exclusive interview with him on their site. He has made several videos together with Judy Mikovits, and David Icke. 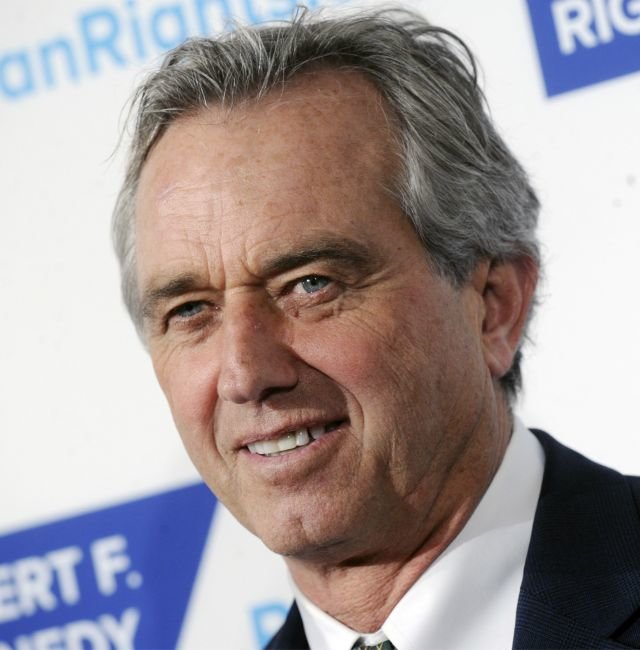 However, in addition to his vaccine-related work, RFK Jr. is also an environmental activist.  He even went as far as siding with anti-Pope Francis on climate change: RFK, Jr.: Pope is right, climate change is ‘moral issue’ | On Air Videos | Fox News
A major part of the WEF’s Great Reset is the climate change agenda.  While reducing pollution and minimizing damage to the planet are certainly noble ideas, the climate change agenda is about reducing carbon emissions.  There is no conclusive link between carbon emissions and changes in global temperature, but the measures proposed to reduce emissions will have a drastic impact on the standard of living for nearly everyone on the planet.
There have even been suggestion of climate lockdowns.  Covid or no covid, they are looking for another excuse to keep us locked up in our homes and take away our most basic freedoms.
CONCLUSION
While some of these people are doing a good job of alerting the public to the dangers of the covid vaccine and exposing the covid scam for what it is, their involvement in Kabbalah is of great concern.
It is likely that they are using their work related to covid to gain credibility and build trust in order to draw people towards their occult ideology, as well as manipulating non-compliant citizens in a manner that makes them susceptible to subsequent phases of this diabolical Great Reset, such as the climate change scam.
——-
Related – Celeste Solum is a New Ager as well:  Celeste Solum EXPOSED!!! New Age Infiltration – Mark of the Beast vs. Secret Knowledge - GoyimTV
Makow– I find the anti vax/depopulation message credible but it’s disturbing that the names above are related to the enemy. I have promoted some of them. It’s possible I was inadvertently spreading disinformation. However, this article should demonstrate that my commitment is to the Truth, whatever it is.
Regardless of whether the vaccines are harmful or not, people have a right to say no. And given the pressure to vaccinate, you can guess there’s a sinister Communist control and depopulation agenda. They’ve got all the money. Now they want all the souls.
A pandemic with a minuscule death rate is not a pandemic but a ruse to get people to vaccinate. So regardless if the above seem associated with the occult, does it mean they’re insincere? Does it mean their message is false?  What’s your opinion?  [email protected]
I am intrigued by the possibility that we are being played. Recall that Freemasons were on both sides in World War Two. But until I see more evidence, the names above are still credible to me.