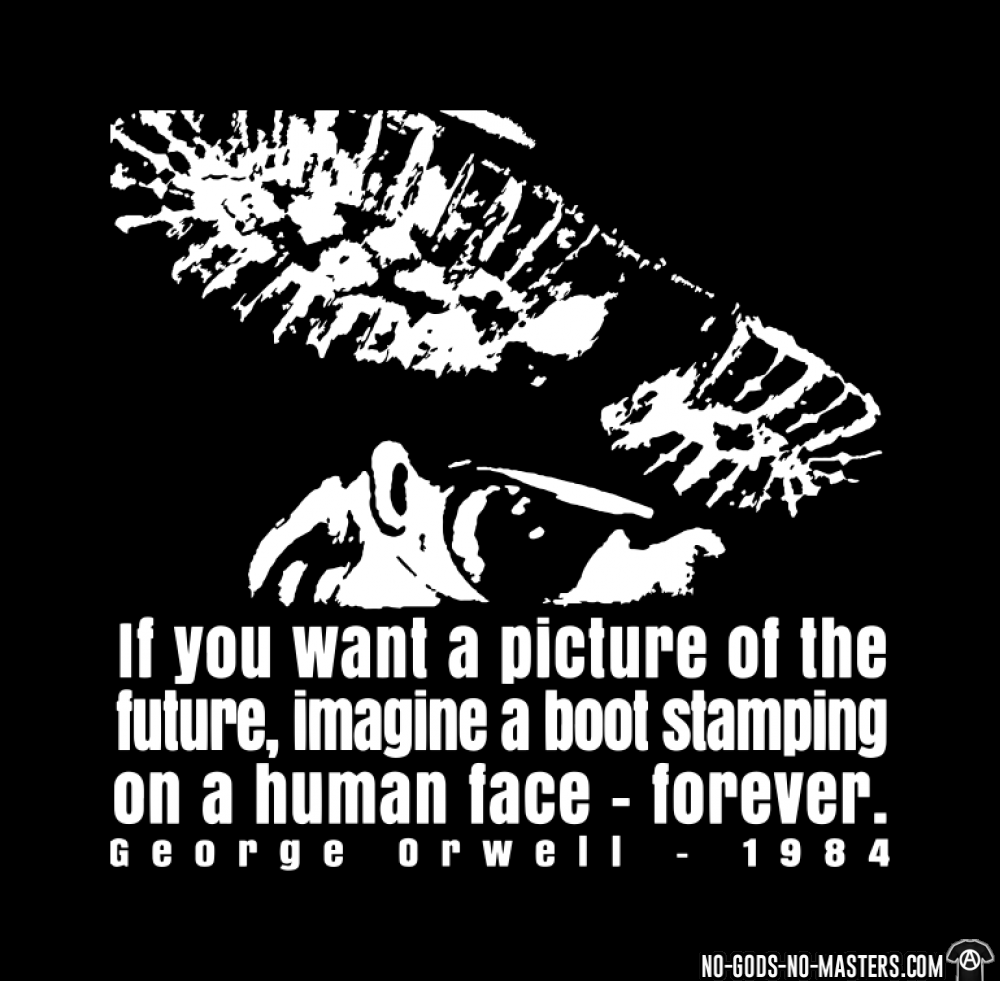 “Only a nation of pathetic cowardly fools would allow such an abominable fate for their own defenseless offspring. This type of behavior indicates a total lack of intellect, and a mass ignorance of reality. It also indicates widespread indifference, which is the incarnate of a sick and immoral society.“
“Once the deaths from these jabs reach unprecedented numbers, and they will, the rest of society who have not succumbed to the idiocy of taking such a dangerous concoction, will be blamed.”
Our New Normal: Inflation, Poverty, Starvation, Economic Collapse, Fascism, Marxism, Communism, and Murder
by Gary D Barnett
(henrymakow.com)
The gullibility of man it seems has no bounds, for if it did, how could so many be so blind?
As I reflect on the past 18 months or so, it is quite alarming to understand the scope of this scam called a ‘pandemic,’ and how this entire country (and world) have embraced lies, deception, and tyranny of such magnitude.
Mass murder at the hands of the state has already begun, but with the rollout of deadly and poisonous injections purposely mislabelled as ‘vaccines,’ the murder of large numbers that is democide, will be evident among this entire population for years to come. The perpetrators of this genocidal takeover of society are now coming after all children, and will attempt to poison as many as possible with their ‘vaccines’ over the course of this year and next.

Only a nation of pathetic cowardly fools would allow such an abominable fate for their own defenseless offspring. This type of behavior indicates a total lack of intellect, and a mass ignorance of reality. It also indicates widespread indifference, which is the incarnate of a sick and immoral society.

So, it seems that the so-called “new normal” of totalitarian rule over a slave-like society, is not just the fault of those who wish to rule over us, but more so the people at large for allowing this to happen without proper resistance.

Blaming the enemy is easy, but accepting blame of self is avoided at all cost, and this attitude is even worse than that of tyrants. It is expected that the evil among us who are the ruling class exist, but the evil of mass apathy can never be accepted or excused.
THE MINDSET OF HERD ANIMALS
In the course of the past few months, this country’s citizens have fully acquiesced to the will of a totalitarian regime, and in the process, have laid bare their weaknesses due to an unfounded fear. Many believe there is safety in numbers, but that is only the mindset of herd animals, not humans.
By voluntarily allowing for the death and destruction of part of the herd, the rest survive to live one more day, but when people accept this attitude, they also have to accept the death and destruction of their family, friends, and neighbors as normal for survival. If that is the case, it seems that the evolution of the human species is going backward, and that is exactly what collectivism is meant to accomplish.

With this comes the consequences of non-action, and under these circumstances, those consequences are always at the discretion of the tyrants. What has happened to date should be enough for anyone to see the folly of having confidence in any state or nation. What began with lockdowns and quarantines, led to business closings, job loss, extreme stress, supply line disruption, shortages, higher prices for goods and services, (inflation) and of course economic chaos. This in turn led to much more poverty, despair, and starvation, setting the stage for the next phase of this takeover. By this time, the people should have recognized the totalitarian nature of what was going on, but alas, they remained obedient and passive, and watched as their world was decimated.

In order to see the writing on the wall, one must seek out and accept the truth, regardless of the risk involved in doing so. To avoid the truth in favor of hiding from reality, hoping that someone else will ‘fix’ things, is exactly what all tyrannical rulers seek in the populations they are attempting to control. It is my expressed opinion, that the timing of this takeover coup was based fully on the fact that the master class knew that the general population was too afraid, too dependent, and too apathetic to fight back against this dictatorial authoritarianism that had been planned for decades. The timing of this was genius, because the masses acted in exactly the manner desired.

THE VACCINE IS THE BIO WEAPON
While no such thing as ‘Covid-19′ actually exists, and has never been identified, the real threat that is the real pandemic, had been held aside for just the right moment, and early this year the ‘vaccine’ pandemic was released.
The ‘vaccine’ is the bio-weapon, and the so-called non-existent variants a of a non-existent virus, are the result of the deadly ‘vaccines.’
In other words, the ‘vaccine’ is the pandemic, and all those who have voluntarily taken the injections will be the victims of this staged pandemic.
Once the deaths from these jabs reach unprecedented numbers, and they will, the rest of society who have not succumbed to the idiocy of taking such a dangerous concoction, will be blamed.
In effect, all will have been targeted by the criminal state, whether they got the injection or not.
The ‘vaccinated’ group will be sick and dying, while the unvaccinated group will be hunted by the state.
This is why this society has already been divided by stealth in order to pit those vaccinated against those who are unvaccinated; a sinister plot meant to solidify control of both groups.
NWO–THE NEW FEUDALISM
This is a communistic takeover attempt, that has all the elements of Fascism, Marxism, and Communism rolled into one.
It is the most dangerous time in history for the inhabitants of this planet, as it is an attempt to achieve a globalized takeover of all in order to convert to one technocratically controlled system, where there are an ‘elite’ few’ at the top, their enforcers and corporate partners below, including government, with the rest being a slave class known as the proletariat.

While this ‘pandemic’ is thought to be about a mystery virus, it is not, as the virus narrative is just the tool being used to accomplish the real agenda, which has its roots based in the guise of ‘sustainable development’ marketed through the idiocy of man-made climate change. 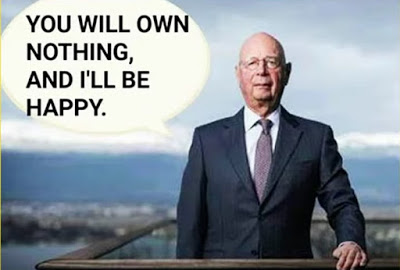 This has been fully outlined in the UN’s Agenda 21 and Agenda 30, and in the aptly named “Great Reset’ agenda described by Klaus Schwab and the World Economic Forum.
In reality, it has but one objective, and that is to achieve total global governance and universal control over all. To be successful in this venture, many hundreds of millions, or more likely billions, will need to be murdered. The ‘vaccines’ are the tools of murder, so avoidance of these injections at all cost is imperative.

This is not a new threat, but it has been carefully manipulated to occur at this time in order to coincide with the people’s ignorance and indifference, their prepared division, their weakness and dependence on the state, and therefore their cowardice in the face of adversity. This ‘vaccine’ is the key to success for the evil and criminal rulers, so the fewer of us that take this witches brew, the more of us who will be able to fight back against this heinous attempt to destroy humanity.

Our only hope is to remain non-compliant, to disobey every order, and to abolish the current governing system that has assumed dictatorial powers with the voluntary cooperation from the masses.

Gary D. Barnett [send him mail] is a retired investment professional that has been writing about freedom and liberty matters, politics, and history for two decades. He is against all war and aggression, and against the state. He recently finished a collaboration with former U.S. Congresswoman, Cynthia McKinney, and was a contributor to her new book, “When China Sneezes” From the Coronavirus Lockdown to the Global Political-Economic Crisis.” Currently, he lives in Montana with his wife and son. Visit his website.

The silent weapon that is the mRNA ‘vaccine’

‘Covid’ equals murder: the children are next

The Best of Gary D. Barnett