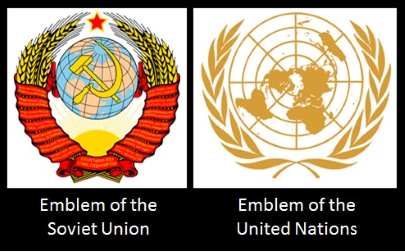 THE SCAMDEMIC IS BEST UNDERSTOOD IN TERMS OF A
SATANIC CONSPIRACY FOR WORLD GOVERNMENT TYRANNY
BASED ON THE UNITED NATIONS’ AGENDA FOR THE 21 CENTURY.
OUR “LEADERS” HAVE SIGNED ON WITHOUT CONSULTING US.
This world government already exists. This is manifested by the worldwide
uniformity of the covid response as seen in California and Israel,
or Iran, Nicaragua and Venezuela.
BELOW JOHN MCMANUS EXPLAINS THAT THE UN REALLY REPRESENTS COMMUNIST TYRANNY.
The World Health Organization IS AN AGENCY OF THE UN, FUNDED BY BILL GATES.
OF COURSE, THE ROTHSCHILD WORLD CENTRAL BANKING CARTEL IS BEHIND ALL OF THIS. (See Makow “What is Communism?”)
It’s called “money.” They produce it out of thin air using our national credit cards. Everyone dances to their tune.
“Top 10 Reasons to Get US Out! of the UN”
(from Nov 19, 2020)
by John F. McManus  (JBS Bulletin Aug 2019)
Are You Aware?
Our nation’s leaders have been working for decades to deliver the United States to the United Nations as the major step in building an UN-controlled New World Order.
Each year since the founding of the UN in 1945, the conspirators for global control have taken steps that threaten to destroy the independence of our nation and the freedoms of the American people.
Please read what follows and join in the campaign to Get US Out! of the United Nations. 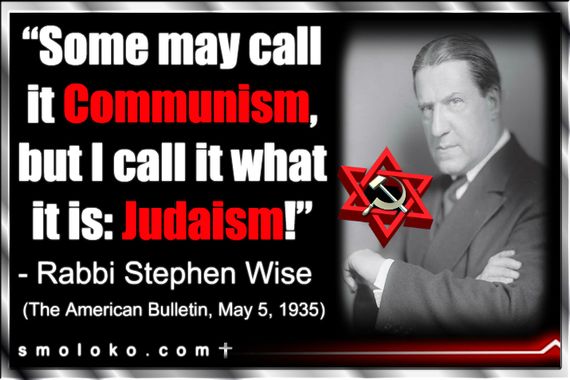 (McManus, a member if the John Birch society cannot say world government Communism
Cabalist Jewish world tyranny, i.e. Jewish Supremacism.)
1. Incompatibility of the U.S. and UN Systems of Government
U.S. System: Basic rights are given by God and cannot be overruled. Freedom prevails. (See U.S. Declaration of Independence, 1776.)
UN System: Basic rights are granted by the UN government and can be canceled “by law.” No recognition of God. The world body lists rights it recognizes and then claims power to abolish them “by law.” (See the UN’s Universal Declaration of Human Rights, 1948, and the UN’s International Covenant On Civil and Political Rights, 1966.)
2. UN Seeks to Disarm American Citizens and Cancel the Second Amendment of the U.S. Constitution
The UN has always sought to ban private ownership of weapons. For instance, the world body published Our Global Neighborhood in 1995, calling for “the disarming of civilians.”
The UN Arms Trade Treaty (adopted by the UN in 2013) would ultimately disarm Americans. It was signed by the U.S. in 2013, but has not been ratified by the U.S. Senate.
3. The UN Is a Lawless Body; It Violates Article 2 of Its Own Charter
Article 2 of the UN Charter states: “Nothing contained in the present Charter shall authorize the United Nations to intervene in matters which are essentially within the domestic jurisdiction of any state [nation]….”
Examples of UN violation of its own Charter include: (a) forcing U.S. citizens to cancel plans to mine gold in Montana; (b) targeting U.S. law that permits capital punishment; (c) condemning the U.S. Border Patrol for efforts to bar entry of illegal immigrants; and (d) urging independence of Puerto Rico when even the people of that U.S. possession have repeatedly indicated they don’t want their relationship to the U.S. changed. 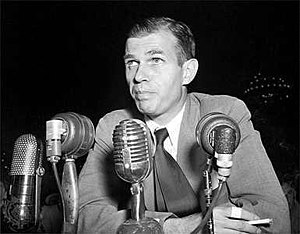 (Alger Hiss)
4. Every UN Secretary-General Has Been Either a Communist or a Socialist
1945-46: Alger Hiss, Communist (United States)
1946-53: Trygve Lie, Socialist (Norway)
1953-61: Dag Hammarskjold, Socialist (Sweden)
1962-71: U Thant, Socialist (Burma, now Myanmar)
1972-81: Kurt Waldheim, Nazi Socialist (Austria)
1982-91: Javier Perez de Cuellar, Socialist (Peru)
1992-96: Boutros Boutros-Ghali, Socialist (Egypt)
1997-06: Kofi Annan, Socialist (Ghana)
2007-16: Ban Ki-moon, Socialist (South Korea)
2017-     : Antonio Guterres, Communist (Portugal)
5. UN Charter’s Article 25 Overrides U.S. Constitution and American Sovereignty
The complete text of Article 25 states: “The Members of the United Nations agree to accept and carry out the decisions of the [UN] Security Council in accordance with the present Charter.”
No President or member of Congress who has sworn a solemn oath to abide by the U.S. Constitution can permit Article 25 to dictate U.S. policy. However, most of America’s elected officials believe our nation is obliged to deliver forces and arms when the UN calls for them.
6. Articles 39-51 of the UN Charter authorized the UN to direct U.S. participation in the “undeclared,” “no-win” Korean War. Articles 52-54 of the UN Charter authorized creation of NATO and SEATO as UN “regional alliances,” which led to U.S. involvement in “undeclared,” “no-win” wars in Vietnam and Afghanistan.  Established in 1945, the UN directed the Korean War (34,000 Americans killed and 92,000 wounded). This war has never been settled.
Formed in 1954, SEATO directed the Vietnam War (47,000 Americans killed and 153,000 wounded). The Vietnam War could have been won but for restrictions from on high. This war marked the first defeat in our nation’s history.
Congress declared neither the Korean War nor the Vietnam War as required by the U.S. Constitution. United States involvement in these two wars was due to our membership in the UN and SEATO.
Established in 1949, NATO conducted the “undeclared,” “no-win” war in Afghanistan from August 2003 to December 2014 as the leader of a UN-mandated coalition of 50 nations, which included the United States, and which at its height had 130,000 troops.
7. UN Leaders Oppose National Sovereignty, Favor a UN-Led World Government
U Thant (1970): “Lenin’s ideals of peace are in line with the aims of the UN Charter.”
Boutros-Ghali (1992): “The time of absolute and exclusive sovereignty has passed. It’s time to rethink the question of sovereignty.”
Kofi Annan (2000): “There must be new forms of global governance and global rules.”
8. State Department Officials Bow to United Nations.
Secretary of State Dean Acheson, 1949: “NATO is designed to fit precisely into the framework of the United Nations.” 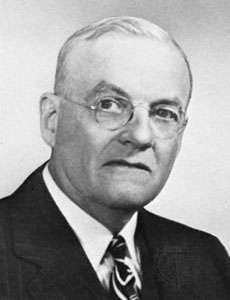 Left, Secretary of State John Foster Dulles, 1957: “I have never seen any proposal made for … world government or for world federation which could not be carried out either by the United Nations or under the United Nations Charter.”
State Department Official Richard N. Gardner, 1974: “In short, the house of world order will have to be built from the bottom up rather than from the top down [via] an end run around national sovereignty, eroding it piece by piece….”
Secretary of State Colin Powell, 2001: “When it comes to our role as a member of the Security Council, we obviously are bound by UN resolutions and we’re not trying to modify that.”
9. Numerous Divisions of the United Nations Headquartered in Huge Buildings Throughout the World Continue to Build the UN’s Power Over All of Mankind.
The UN’s Organizational Chart shows the presence and indicates control of the world body in the fields of education, population, children, women, environment, trade, finance, health, agriculture, labor, military, science, culture, atomic power, telecommunications, aviation, industrial development, narcotics, refugees, immigration, property rights, and more.
10. Disarmament for All — Except the United Nations.
In 1961, the U.S. State Department issued a 19-page booklet entitled “Freedom From War: The U.S. Program For General and Complete Disarmament in a Peaceful World.”
This document’s plan, never withdrawn, called for “progressive steps” leading to UN-dominated new world order. It summarizes elements of this frightening plan as follows:
(a) “States would retain only those forces and non-nuclear armaments … required for maintaining internal order.”
(b) “The UN Peace Force, equipped with agreed types and quantities of armaments, would be fully functioning.”
(c) “The manufacture of armaments would be prohibited except for those of agreed types and quantities to be used by the UN Peace Force…. All other armaments would be destroyed or converted to peaceful purposes.”
(d) The peace-keeping capabilities of the UN would be sufficiently strong … as to assure peace … in a disarmed world.”
Resistance to this hellish proposal generated by The John Birch Society over many years has led to its non-implementation. But appropriate government officials have frequently admitted that it is still the fixed and determined policy of several U.S. agencies and departments.
CONCLUSION
The United Nations is not taking over the United States. What is occurring is that the United States is being delivered to the United Nations. This delivery must be stopped. The course is clear. Withdrawal from the United Nations must be accomplished while there is still time to do so. Get US Out! of the United Nations.
——
Related – The UN and the Origins of the Great Reset