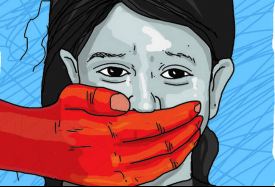 In the Kindle version of Malcolm Robinsons’s recasting of the reported A70 alien abduction (covered here a few times) is this, about and from a fellow [Ernie]:

“This wasn’t his first abduction … he recalls being abducted from his bed at about 11 years of age. He also recalls the time when he found himself in a pink domed ‘heaven’ and an angel gliding towards him doing something sexual, again this experience occurred whilst he was in bed, (his spirit body was taken to a wonderful place).

An angel doing something sexual?

Jeffrey Moussaieff Masson whom I knew from UofM and his ordeal with Janet Malcolm and The New Yorker magazine provided great insight into (idol) Sigmund Freud and sexual abuse of children.

Jeffrey, while working with the Freud Archives, discovered that Freud had found a great many cases of child seduction (or abuse), mostly by family members, but tempered his findings so as not to open criticism (or worse) about his fledgling psychoanalytic movement.

The scandal raised hackles and great ire among the psychiatric communities, even those outside Freud’s circle.

Jeffrey never recovered from this outing of Freud’s (as I see it) blunder or dishonesty.

My point here is that the idea of  “false memory syndrome” is patently wrong when it comes to sexual molestation. The dynamic is so entrenched that it has authenticity even when it is disguised by distorted or transferred imagery disclosed under hypnosis or by Freudian “free association.”

Inside almost all UFO/ET abduction accounts reside sexual elements, symbolic and/or obvious: The Hill’s exploitation – her with the navel intrusion and he with the groin investigation; the recently disclosed Pascagoula remembrance of an alien woman hovering about young Calvin Parker; and the Garry/Colin A70 observations and aftermatic genital markings on Colin. (If Travis Walton had any sexual inferences, I’m not aware of them, which provides a caveat with his tale.)

These few noted abductions seem real to me, while most of those not as noteworthy have the absolute ring of repressed sexual abuse, brought forward during professional hypnotic or professional therapy sessions.

My pal Malcolm Robinson is enamored of the UFO ET visitation scenario, with which I disagree, accepting it as a remote hypothesis.

During a read of what was remembered by the A70 fellows, note the abundant sexual imagery: a being emanating from a gel-like substance (semen) and the snake-like necks of some entities, the bodily movements of the creatures, a forlorn captive woman, and the disrobing of both men, to cite a few.

I’m troubled by Barney Hill’s authentic traumatic outbursts during his hypnotic sessions with Dr. Simon. This is more than an unrepressed sexual memory. It’s something truly horrible he’s recalling.

Calvin Parker and Charles Hickson’s remembrances are mostly about their fear and rightful apprehensions, little to do with sexual abuse via recall. Parker’s added note about an alien female strikes me as a possible attempt to normalize a perverted childhood molestation but the Pascagoula assaulters were unique in ways that preclude a disguised overlay to make tolerable a sexual abusal.

Travis Walton’s account has the hallmarks of a movie about heroic behavior (by him). While I still accept his story as credible, it’s packed with some cautionary segues.

The A70 fellows, while immersed in a sexually robust situation, still come off as having a bona fide and truly traumatic bout with something totally outside normalcy. One can’t even force a folie à deuxon the episode.

There’s something authentic about the A70 rendering and Malcolm sees it too.

But were the two men actually captive of ETs? Or something else? That’s where the matter resides…