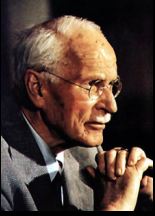 Jung confronted mankind’s bouts with madness, in Civilization in Transition and Modern Man in Search of a Soul and other works, just as his former mentor, Sigmund Freud did in his seminal book Civilization and Its Discontents.

And here we are in 2022 surrounded by the very mental constraints both great men saw at the turn of the 20th Century.

No, I’m not going to lull you with a run-down of what’s crazy in the world right now but, for the purposes here, of this blog, let me ruminate on the total insanity amok in the UFO community, as I type this. (Ron can confirm what I’m about to relate.)

Every kind of UFO madness one might imagine is rampant in the UFO community, and this can be verified by a look-see at the communal efforts among UFO groupsters on Facebook, Reddit, YouTube and other UFO venues.

Every insane possibility one might imagine as an explanation for the UFO phenomenon shows up in numerical obscenity in social media, but you know social media is nutty in its natural essence.

But extending the social media UFO panoply, you can find outskirts of madness among persons one thought erudite and sensible.

(I’ve named two “scholars” who’ve insulted the term “scholar” with their adoration of Whitley Shrieber, that scoundrel. But then there’s Dr. Diana Walsh Pasulka, author of that putrid UFO-oriented tome, American Cosmic, also lauded by attention from one of the self-appointed scholars cited here earlier.)

A usually sensible UFO groupster posted a questionnaire for his FB members, asking them to vote for the best, most famous UFO expert ever. (I tried to re-find the posting for insert here but couldn’t locate it. Sorry.

The list named Stanton Friedman as the best admired UFO expert among all the rest on his list and those added by readers. Jacques Vallee got only a few votes as did J. Allen Hynek, and one of two votes for some current UFO hustlers roaming the paranormal countryside.

Even that charlatan  Billy Meier got a vote, as did some totally unknown UFO hobbyists.

My point is that a hodge-podge of non-persons and scalawags were touted, surrounded by reams of mad input, such as a flood of alleged UFO photos, “owned by” a guy who keeps showcasing his batch of pictures, not without interest by surely without authenticity.

The spurts of people insisting they are communicating with aliens [ETs] is demographically pronounced as are the abduction experiencers, all slated for necessary psychiatric help if anyone really cares about them.

The slew of persons still hoping for “disclosure” by government officials is rife as are the gaggle insisting, without sense, that UFOs are ET craft from advanced cosmic civilizations, something so improbable, considering the details of space, time, and distance.

The desire for attention is astounding. What does one get from UFO “fame”? The so-called scholars excoriated above should know better but they too are blinded by the madness extant in the UFO world right now themselves.

UFO newbies, seeking “glorification” of some kind are more than obnoxious; they are insufferable, mostly because of their inherent ignorance about anything, even things as simple as proper grammar or UFO history.

The UFO field is muddier (and more insane) than it has ever been, which is saying something. Ufology has always been foolish but in 2022 it’s a package of psychopathy, of a kind I use to see during sessions at mental hospitals during my school years.

No one is immune, and I mean no one.