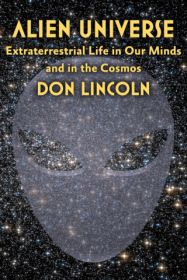 A number of papers, monographs, and articles have appeared and are appearing about how different alien life, in the cosmos, would have to be and is (if there is any) from life that evolved here on this planet, Earth.
If a cosmological life formed elsewhere in the Universe, and was subject to an evolutionary process – its own “Darwinian Evolution” – it surely, and I mean surely, would have to proceed along very, very different lines than that which took place here, on our planet.

Evolution or the process of evolving, becoming, is determined by a multiple of things, so many that to enumerate them would engulf this note and many others.

The chemical make-up of a planet, the ongoing, changing climatological periods, the available sources of food, shelter, and interaction between various life forms, if there are any, the social processes, the psychology and neurology of life forms, sentient and otherwise, the developing historicity, the physical processes and laws impacting the planet, all the variables that cause and effect becoming.

One has to consider such matters when they contend that life elsewhere is coming here to Earth, in droves apparently, for eons, as part of an urge to explore or conquer, or just out of curiosity.

One has to know what evolution is or could be, elsewhere, so one has to know how Darwinian Evolution works, alongside the mental and physical vicissitudes that have developed in mankind and animals here.

You can impose the suggestions of science fiction creations on life elsewhere or the glib suggestion that UFOs are interplanetary and look like something akin to what may develop on Earth down the road.

One has to know the ins and outs of evolution and what would affect that kind of process on a so-called exo-planet.

You can’t use the Outer Limits or Twilight Zonecreations to form a meaningful account of ET creatures or life.

And heaven forbid the Ancient Alien nonsense about ET motivations and alleged excursions to this planet to play with and intervene with human life forms.

That is, one can be totally stupid about extraterrestrial life.

The application of philosophical reasoning by some – a scholarly charade – to get at the meaning of UFOs or ET life is a folly as mentally mismanaged as that of the AA tribe.

To impose human-like characteristics on supposed UFO crew members is a madness so deranged that to keep trying to subvert it may be likened to a psychotherapist using lobotomy to cure schizophrenia.

Those pushing the ETH or extraterrestrial idea of UFO incursions is so idiotic that for me to keep belaboring the matter here is an act of charity for some of my ill-read readers that they miss in their incoming assaults of the topic.

ET life elsewhere, if is there is such, is, like the UFO phenomenon itself, so oblique and odd that it lies beyond the banal and stupifyingly simple examples that keep popping up here, and elsewhere.

Quit being half-witted with your input here (and elsewhere). Even Neanderthals were better at cogitation than that.
N.B. I bought the book shown above and will write about it shortly.