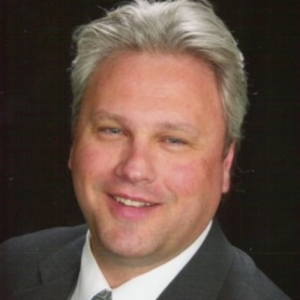 (left, Igor Shepherd was a Russian military doctor and toxicologist who emigrated to the US in 1993.
He served as an emergency measures manager with the Wyoming Dept. of Health.)
“The government they have planned for the world
will not be anything like previous communistic-led governments.
Their goals are elimination of all peoples whom they view as
“genetically unfit” for society, complete enslavement
for those they do allow to live, and the induction of a new breed
of genetically-engineered humanoids who are designed
to completely replace the human race.“

The COVID 19 Vaccine Massacre
by Dr. Igor Shepherd
(excerpts by henrymakow.com)
As of today, 11.74 billion doses of Covid-19 vaccines have been administered worldwide, with most countries showing between a 60% and 86% vaccination rate. And yet current data is suddenly showing that Covid cases are spiralling upward into never-neverland, in almost every state, with a whopping 53% increase, which is much higher than a year ago. WTF is going on?
Why are Covid tests still spitting out excessive positive readings and why is this virus (which CDC still documents as being a mild virus with symptoms matching the flu) still around after two years? …
The mRNA vaccines are bioweapons with many purposes, but the main purpose of these toxic injections is to completely destroy adaptive immunity in adults (lifetime immunity that occurs after exposure to pathogens) and destabilize innate immunity in children (natural immunity humans are born with).
By doing this the populations of the world will be unable to fight off real viruses and bacteria and the action of herd immunity will be broken, opening the door for shedding diseases and creating super pandemics, which ultimately produces a systematical die-off within a population. The continued reports of vaccine injuries confirm that the mRNA injections are creating an immunological catastrophe throughout the Western world.

This is why those monsters of the deep state are ramping things up and focusing on injecting the children with these bio-vaccines. FDA just approved Pfizer’s Covid vaccinations for small children 5 years and up and Moderna is now asking for approval to inoculate babies 6 months and older.
Trust me, infants will soon be mRNA-inoculated. They do not need abortion clinics anymore. They have a better weapon. And this is why articles are popping up in the news justifying eugenics.
One article today stated that researchers from Columbia University showed that parents who raised more than two kids would come down with weakened brains and lose cognitive sharpness in their later years. This nonsense would be almost laughable if it were not meant as a psychological means to condition the masses to accept the murder of millions of fetuses, infants, and children of all ages.

The fact that there is a staged baby formula shortage here in America, and baby-hater Bill Gates (who was previously caught hiding infertility drugs in his vaccines) and his thugs suddenly came up with a plan to manufacture and sell their own toxic “save the environment” baby formula (here is Gary Barnett’s exceptional article exposing this) shows just how much these dark people despise children…

The entire staged pandemic was about ushering in a dictatorial new world order and eliminating those who might stand in their way, but most refused to see the coup, allowing infiltrated enemies to imprison the world, destroy freedom, and dispense dangerous bio-vaccines within record time onto the populations. Once America went under full lockdown mode, and normal pandemic response procedures were violated, this was the time when healthcare professionals and the public could have spoken up and stopped the invasion. The signs of a takeover were blatant, like a pretty woman suddenly performing a strip-dance on a busy street corner. There was no logical reason for a mild coronavirus outbreak to warrant lockdowns for a whole population of healthy people. Sick patients should be the only ones under isolation if they have contracted a more serious, highly-contagious pathogen, such as smallpox or one of the hemorrhagic fevers.

Even with 60,000 people dying a year from seasonal influenza or the 53% mortality rate of the past bird flu (H5N1) outbreaks (compared to the SARS-CoV-2 mortality rate of 0.1%), mandatory separation from society was never even considered as part of those preparedness responses. And yet, when it came to another mild coronavirus, the public health departments threw out medical know-how and embraced cruel response measures.

And along with the abuse by healthcare professionals who should have known better, most Americans passively allowed themselves to be caged in their homes like prisoners and become sitting ducks for foreign invasion. Any political group who locks down an entire population is committing an act of war against their citizens.

Even the term “lockdowns” was a carefully crafted word by the globalists, replacing the normal medical phrase quarantine measures in order to define their victory in conquering the West.
Such aggressive actions are always indication that a country or countries are under enemy attack, and yet, two years later, with total proof and evidence in plain sight that a pandemic never existed and that leaders of 193 countries have sold their souls to the devil and are crossing a bridge toward a one world government, the world’s populace simply cares less.

The enemies who are taking out Western values and laws are patient with the timetable on which their weaponized mRNA vaccines will work. They have been planning this global takeover for over 50 years, centuries in fact, and are willing to squat a few more years on their snobbish bogs until the final “virus” seals the coffin on all of those who are not part of their elitist “my-genes-are-better-than-your-genes” sadistic mentality. These people are not good people.

The government they have planned for the world will not be anything like previous communistic-led governments. Their goals are elimination of all peoples whom they view as “genetically unfit” for society, complete enslavement for those they do allow to live, and the induction of a new breed of genetically-engineered humanoids who are designed to completely replace the human race.

The post-Covid-19 life for those who are considered part of the “elite” group of the wealthy and powerful will live like kings, but the rest of humanity will not be so lucky. The new world for the surviving humans and created humanoids include living in surveilled smart cities, with no privacy, sharing apartments with strangers, owning absolutely nothing, buying and selling based on a merit system, being forbidden to procreate, restricted travel, planned eugenics for certain ages and races, GMO foods, rationed energy and water, no cars, and no rights to make decisions. There will be no malls or retail shopping. Everything will be done online, including healthcare. It will be a life of isolation. This is why the global order is informing us through books, interviews and conferences that humanity will not exist in the future, and only engineered transhuman obedient “machines” will be walking the earth. Human beings will not be able to mentally adapt to such a regressive lifestyle unless they are genetically-engineered to do so.

Because the world will be living under an occult-based existence, with everything in complete contrast to the natural and normal order of life humans have lived under since the beginning of time, there will be no moral or objective laws to protect citizens and families. The worship of God will be prohibited, and without that spiritual barricade that once held darkness at bay and allowed freedom to reign, all sorts of deviance will abound.

For over twenty years I have trained first responders, healthcare professionals, and military personnel on counterterrorism, biological warfare and pandemic preparedness. The cold hard fact is that bioweapons will always be bioweapons, developed solely to be used as weapons against civilians or soldiers during warfare–to murder and incapacitate as necessary to achieve a successful takeover of nation or nations. Bioweapons have nothing to do with public health safety, and never will. The Covid-19 vaccines are weapons, plain and simple.

The great reset of nations is set to be in place by the year 2030, and Western ideals and values travel in stark contrast to that global agenda. So, tell me, if you had the mindset of the dastardly, how would you quietly silence millions of free thinkers, pilfer their governments, and at the same time preserve whole city infrastructures without messy nukes and bloody drawn-out physical invasions?

The Covid vaccinations were the weapons with which to jumpstart this hell-on-earth agenda. Though the majority of vaccine deaths and injuries go unreported, time will eventually reveal to what extent those vaccines have been weaponized and what specific groups were highlighted targets–but hundreds of millions will be gone by then, and the survivors will be living under a diabolical Orwellian new world order.