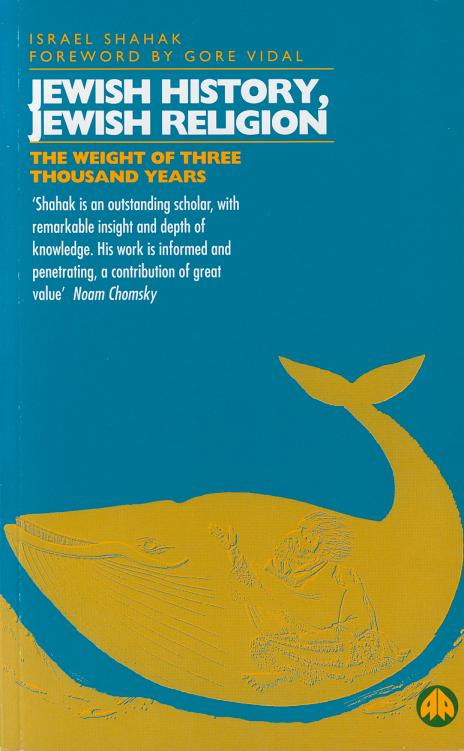 In essence, the suffering of mankind today is a result of the Judaism’s hatred of non-Jews.
This is not the view of ordinary Jews. It applies to Organized Jewry and can be seen in the
policies of the World Central Banking Cartel, UN, IMF, WHO, WEF and CDC.
The Communist New World Order is essentially the Jew World Order. To quote Sam Goldwyn, ordinary Jews are saying, “Include me Out.”
Shahak states that Judaism is imbued with both hatred
and ignorance of Christianity, and that this is largely independent
of any Christian persecution of the Jews
Israel Shahak (born Israel Himmelstaub, 28 April 1933 – 2 July 2001) was an Israeli professor of organic chemistry at the Hebrew University of Jerusalem, a Holocaust survivor, an intellectual of liberal political bent, and a civil-rights advocate and activist on behalf of both Jews and Gentiles (non-Jews). For twenty years, he headed the Israeli League for Human and Civil Rights (1970-90) and was a public critic of the policies of the governments of Israel.
A Review of Jewish History, Jewish Religion by Israel Shahak
Pluto Press, 1994
by Spencer J. Quinn
(abridged by henrymakow.com)
For a thorough airing of Jewish dirty laundry, one cannot do much better than Israel Shahak’s  Jewish History, Jewish Religion: The Weight of Three Thousand Years (JHJR). First published in 1994, JHJR, represents a humanist critique of classical and modern Judaism which extends to the pervasive anti-gentile attitudes of Jews throughout history. …
One of Shahak’s main contentions regarding classical Judaism is its totalitarian nature. He mentions how eighteenth-century Jews burned books, persecuted dissidents, banned non-Jewish education, and were absorbed in mysticism. Tolerance was not part of the equation, and Shahak quite cheekily points out how at times even unfriendly gentile societies were kinder to the Jews than the Jews were to themselves. He states bluntly that when Jews were liberated or emancipated throughout the nineteenth century, they were in many cases freed from “the tyranny of their own religion” rather than from any gentile oppression. He offers as an example the Metternich regime in Austria in the 1840s, which actually enforced laws protecting Jews from being murdered. Shahak makes a similar point regarding Tsar Nicholas I:

Nicholas I of Russia was a notorious anti-Semite and issued many laws against the Jews of his state. But he also strengthened the forces of ‘law and order’ in Russia–not only the secret police but also the regular police and the gendarmerie–with the consequence that it became difficult to murder Jews on the order of their rabbis, whereas in pre-1795 Poland it had been quite easy.

Shahak characterizes pre-emancipated Jewish societies as “sunk in the most abject superstition, fanaticism and ignorance” and describes how in the first Hebrew work on geography (published in 1803), the authors complained about how a great many rabbis were still denying the existence of America…

ANTI GENTILISM
And as for anti-gentile language, there is a lot of it, and not just in the Talmud. The Hebrew word shaqetz refers both to unclean animals and to gentile children. In a work known as The Book of Knowledge, Jews are instructed to exterminate gentiles with their own hands (a passage wholly expunged from the book’s English translations). In the Hasidic text known as Hatanya, gentiles are considered Satanic creatures. The Halakhah, which outlines the legal system of classical Judaism and springs from the Babylonian Talmud, openly approves of war crimes (i.e., the killing of ostensibly good gentile civilians during war). In Maimonides’ Guide to the Perplexed, Blacks and some other nomadic races are likened to “mute animals” and “are not on the level of human beings.” (In the 1925 American translation, editors obfuscated this embarrassing detail by replacing the Hebrew word Kushim, meaning Blacks, with the nonsensical  “Kushites”).

There is a morning prayer in which Jews thank God for not making them gentiles. In another prayer, the worshipper declares, “and may the apostates have no hope, and all the Christians perish instantly.” Devout Jews are enjoined to utter a curse whenever passing a gentile cemetery or upon seeing a large gentile population. The fourteenth-century work called The Book of Education reinterprets seemingly universalist verbiage from the Bible into chauvinistic, pro-Jewish exhortations. For example, according to The Book of Knowledge, the verse “Thou shalt love thy fellow as thyself,” really means “Thou shalt love thy fellow Jew as thyself.” Finally, according to the Talmudic Encyclopedia, the intricacy of the law regarding adultery with gentile women reveals that, to devout Jews, all gentile women, even the ones who convert to Judaism, are presumed to be whores.

Keep in mind that while devout Jews were praying for the death of gentiles and while Jewish leaders were fully aware of the hidebound aspects of their own religion, they pressured the Catholic Church during the mid-20th century to remove the line about God forgiving Jews in one its Good Friday prayers; because, of course, to say such a thing would be anti-Semitic…

According to Maimonides’ Mishneh Torah, the Talmudic Encyclopedia, and R. Yo’el Sirkis’ Bayit Hadash, Jew-on-Jew murder is a capital sin, but Jew-on-gentile murder is not, and is therefore not punishable by any Jewish court. R. David Halevi declares in his seventeenth-century text Turey Zahav which comments on the Shulhan ‘Arukh that a Jew must not directly harm a gentile, but he allows for indirect harm of gentiles. Maimonides himself proscribes Jewish doctors treating gentiles.

Basically, a gentile life must not be saved. For example, a Jew would not be allowed to shove a gentile down a crevice, but if the gentile is already in the crevice, the Jew is under no obligation to pull him out. Indeed, if there is a ladder which could facilitate the gentile’s rescue, the Jew may also remove the ladder.

Unless, of course, such indirect harm would then bring hostility upon the Jews as a whole. Then, and only then, would a Jew not be permitted to indirectly harm a gentile. This, I call “the hostility exception,” and Shahak brings it up a lot. Jews respect power, and this power more than any universal set of values informs their jurisprudence. When gentiles (or heretic Jews) are weak, they are afforded no mercy in the law. However, when gentiles are strong, then Jews are required to do the very minimum to not increase their hostility. One crass and recurring example of this was how Jewish doctors would be encouraged to treat wealthy gentiles, including kings, nobles, lords, and the like. But poor gentiles, never. Obviously, such self-serving codification defies any absolute sense of Right and Wrong–moral particularlism at its most egregious, and is one of the aspects of classical Judaism that Shahak finds so offensive.
SEX WITH GENTILE WOMEN
This next one might be the worst of them all. According to the virulently anti-gentilic Maimonides in his “Prohibitions on Sexual Intercourse” (emphasis mine):

If a Jew has coitus with a Gentile woman, whether she be a child of three or an adult, whether married or unmarried, and even if she is a minor aged only nine years and one day–because he had wilful coitus with her, she must be killed, as is the case with a beast, because through her a Jew got in trouble.

Get that? According to one of greatest Jewish scholars of all time, a Jew has license to murder, rape, and molest children as long as the victim is a gentile. And of course, the sanctity of gentile marriages amounts to nothing.

Here are a few more anti-gentilic laws, all of which adhere to the “hostility exception” described above:

Gentiles are forbidden to bear testimony in rabbinical courts, since all gentiles are presumed liars.
Jews must not offer gifts to gentiles.
Jews must exact interest when lending money to gentiles.
Jews must never return items lost by a gentile.
Jews shall not deceive other Jews in business, but may practice “indirect deception” when doing business with a gentile.
Jews shall not steal without violence from anyone, gentiles included. However, there are certain circumstances under which they may steal with violence from gentiles under their control.
Jews are forbidden to sell unmovable property (i.e., structure and land) to gentiles in Israel. 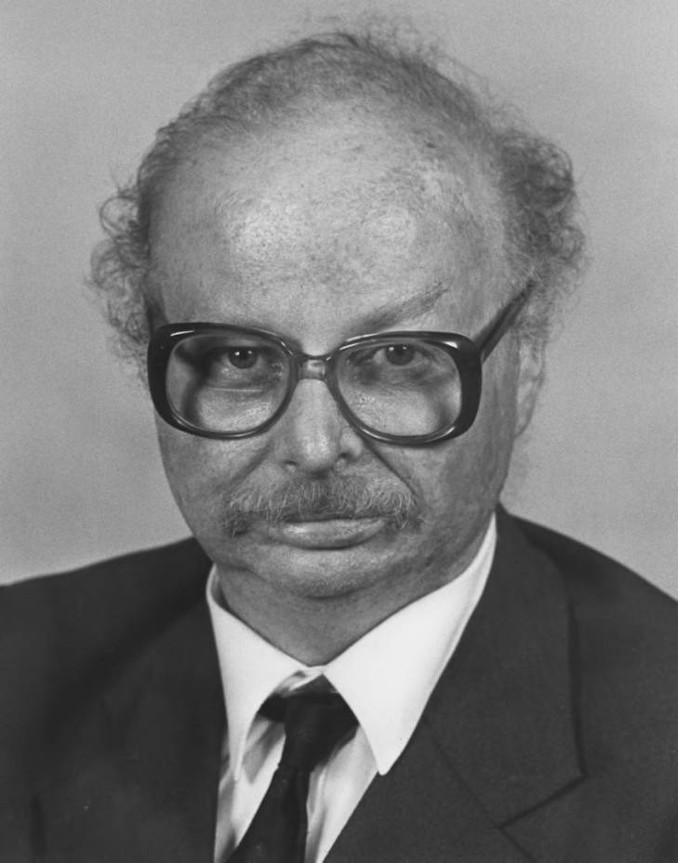 Shahak states further that Judaism is imbued with both hatred and ignorance of Christianity, and that this is largely independent of any Christian persecution of the Jews. Thus, he often takes the gentile perspective when reviewing Jewish history in JHJR.

He makes it clear that even the poorest Jews were better off than serfs. He also points out that Jews, as agents of kings or nobility, often exploited the peasantry, especially in Poland. He doesn’t deny that European peasants triggered anti-Jewish uprisings throughout history, but he also lists historical peasant uprisings that had nothing to do with Jews.
Clearly then, what Jews call “anti-Semitism” is not inherent to European peasants. Shahak says the quiet part out loud when concluding that Jewish influence declines when gentile nations assume a more nationalistic (read: ethno-nationalistic) attitude and have a greater political connection between the rulers and the people–what it now termed populism in American political culture.
There is a long history going back at least to the 1930s of Jewish anti-populist writing (Chapter 5 of The Culture of Critique)–writing that eventually penetrated American academic and media culture with the rise of Jewish power.

Before the advent of the modern state the position of the Jews was socially most important, and their internal autonomy greatest, under a regime which was completely retarded to the point of utter degeneracy.

In other words, Jews readily made alliances with oppressive, degenerate non-Jewish elites and participated with these elites in exploiting the non-Jewish population…
———–