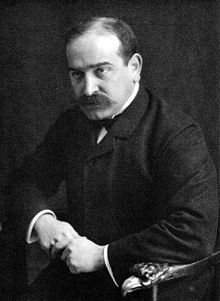 I was taught Communism was “public ownership”

and the overthrow of capitalist tyranny,

while pretending to champion the working class.

This is their “Magick”  i.e. deceit or lying, i.e. COVID, easy when you own the mass media, doctors & politicians.

German Secret Service documents instructed the Bolsheviks to “destroy the Russian capitalists as far as you please, but it would by no means be possible to permit the destruction of Russian enterprises.”

(This is an update of  an important article, “The Illuminati World of Make-Believe” first posted in 2007.)

If you asked   Genghis Khan for his formula for world conquest, you’d expect to hear ”overwhelming force” or “terror.”

You would NOT expect to hear, ”‘Make-believe.’”

“Make-believe?” Who is this tyrant? Walt Disney?

Yet in the First Protocol of the “ Protocols of the Elders of Zion,” the author says three times, Our Countersign is “Force and Make-believe.”

“Make-believe” is the Illuminati’s “Magick.” Magick is simply deceit or lying which is pretty easy to do when you own the mass media and educators.

The evil magician Aleister Crowley defined Magick as “the science and act of causing change to occur in conformity with will… any willed change in ourselves or in our environment is Magick.”

In other words, Magick is reshaping the world according to their interests. The Illuminati are masters at using false pretexts to do this. Our reality is largely their magick spell.

The Bolshevik Revolution was portrayed as an egalitarian revolt. In fact, the Illuminati Jewish bankers financed it to confiscate Russian industry. (pp.62-72)

German Secret Service documents instructed the Bolsheviks to “destroy the Russian capitalists as far as you please, but it would by no means be possible to permit the destruction of Russian enterprises.”

The German Imperial Bank sent the Bolsheviks in excess of 60 million rubles.  Documents 10 and 11 between the bankers and the Bolsheviks “give a complete synopsis of the terms on which the German banks after the war were to control Russian industry.” (p. 69)

Of course German Secret Service Chief Max Warburg, the brother of US Federal Reserve Chairman Paul Warburg, was behind this. We’re talking about international bankers and their confederates here.

The Third Baron Rothschild was a Soviet agent  and half the British establishment were Soviet assets.

If Communism was a ruse, we can assume that every major historical event and cultural trend in modern Western History, including the religion of “secular humanism and modernism”, are also the products of “make-believe.”

If they could pull off the Communist fraud, the 9-11 attacks and the “War on Terror” are small potatoes.

Some people think the central bankers are instituting their world dictatorship on behalf of the Jewish people. This is understandable since the same bankers (Rothschild, Schiff, Warburgs etc.) were the official leaders of the Jewish community.

They financed most Jewish organizations and political movements where Jews are prominent. Conversely, they denied funding and publicity to competing Jewish groups.

Louis B. Marshall, (1856-1929) the Counsel to bankers Kuhn Loeb said in a letter dated Sept. 26 1918, “Zionism is but an incident of a far-reaching plan: it is merely a convenient peg on which to hang a powerful weapon.”

Gee, how would Jews who dedicated their lives to a “national homeland” react to this news? Or to the information that the new Israeli Supreme Court is filled with Masonic symbolism designed to serve the New World Order?

Recalling that “force” is the other half of the formula, Marshall’s letter ended with a threat to non-Zionist Jews: “All the protests they may make would be futile. It would subject them individually to hateful and concrete examples of a most impressive nature. Even if I were disposed to combat Zionism, I would shrink from the possibilities that might result.”

This letter was addressed to Max Senior, a businessman and philanthropist, who had asked Marshall to speak out against Zionism  (Marshall posed as an anti-Zionist.)

The threat is indicative of the gangster tactics Zionists used against the Jewish community. Senior was quick to react. He replied to Marshall Sept. 30 1918:

“I repudiate any connection on national, religious, racial or cultural grounds, with ‘national home-land for the Jews in Palestine.’ We have seen how demoralizing a divided allegiance was to the Germans in this country. I do not pretend to know the inside political history and intricacies of policy at which you hint…I am not to be intimated into silence by either of the threats you mention…I regard the real danger to the Jew to lie in the silent acquiescence to the Zionist claims.” (L. Fry,  Waters Flowing Eastward,  p.55)

Communism and Zionism are just “incidents in a far reaching plan” to create a “world government” dictatorship dedicated to Lucifer run by the central bankers.

The “powerful weapon” is the energy of organized Jewry in helping to overthrow the Christian basis of Western Civilization and ushering in the “New Age.”

Communism is satanic. Its emblem, the five-pointed star, is Satanic. The Communist Manifesto calls for the destruction of the family, culture, science and religion (atheism), the confiscation of property and inheritance, control of communication and dictatorship. It also called for private central banks and income tax. Yet it has been tolerated and even glorified.

Thanks to “Magick,” the masses have been tricked into advancing the Illuminati’s satanic agenda. The Cold War, 9-11, the War on Terror, the Credit Crunch and the current Sovereign Debt Crisis — are all “Magick” – false pretexts to achieve their diabolical evil.

In order to build the “New” world order, they need to destroy the old. “Magick” refers to the specious excuses they use.