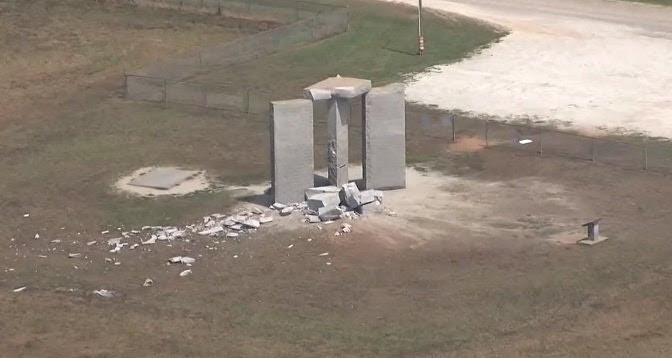 (Georgia Guidestones called for world population to be culled to less than 500 million)
As long as the Internet remains relatively free, so will we.
Please send links and comments to [email protected]
Humanity rejoices after Georgia Guidestones are blown up

They have since been completely leveled “for safety concerns.”
Authorities are investigating the partial demolition of the infamous Georgia Guidestones, a stone monument which has long been a focal point for believers in the ‘New World Order’ conspiracy theory.

At around 4 a.m. Wednesday, someone detonated an explosive device at the site, according to the Georgia Bureau of Investigations. The blast completely destroyed one of the four marble slabs and damaged the others.

Reader–”Some of the people REALLY ARE waking up”  This is the best sign I’ve seen in years!  Satanism will not rule forever.”
–
Luongo: Why Joe Biden Refuses To Back Off Ukraine

The American president, “as a proxy for the oligarchs in Davos, is acting on their behalf to ultimately weaken the US by sending weapons overseas and destroying US leadership and credibility.” 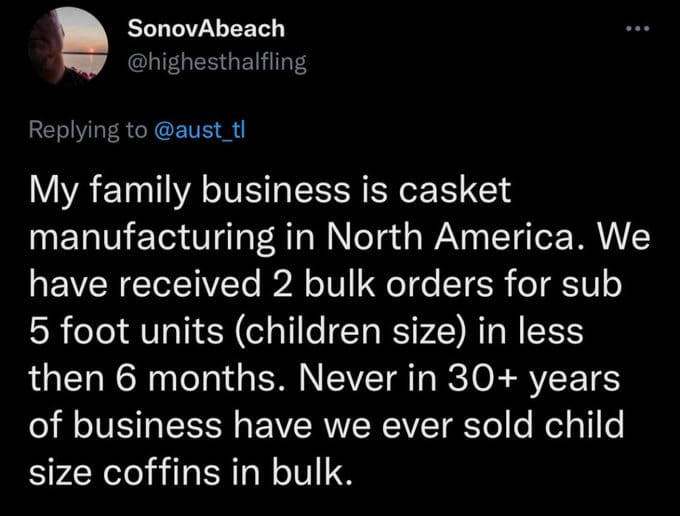 Employee fired for not wearing mask is awarded $9,000 in damages

Only 4 of 55 African leaders attend Ukraine Zelensky call, rejecting Western proxy war on Russia
https://tapnewswire.com/2022/07/only-4-of-55-african-leaders-attend-ukraine-zelensky-call-rejecting-western-proxy-war-on-russia/
–
There is HOPE that many Americans will survive the COVID-PHARMA GENOCIDE (based on a US population of around 332 million):

Thus, if many Americans who took only one COVID-BIOWEAPON-JAB actually got a placebo, then the COVID-PHARMA GENOCIDE in the USA may well have failed.

The construction of new manufacturing facilities in the US has soared 116% over the past year, dwarfing the 10% gain on all building projects combined, according to Dodge Construction Network. There are massive chip factories going up in Phoenix: Intel is building two just outside the city; Taiwan Semiconductor Manufacturing is constructing one in it. And aluminum and steel plants that are being erected all across the south: in Bay Minette, Alabama (Novelis); in Osceola, Arkansas (US Steel); and in Brandenburg, Kentucky (Nucor). Up near Buffalo, all this new semiconductor and steel output is fueling orders for air compressors that will be cranked out at an Ingersoll Rand plant that had been shuttered for years.

Nearly 22,000 Department of Homeland Security (DHS) employees have sought exemptions to the U.S. government’s federal COVID-19 vaccine mandate, but all of the requests remain in limbo, according to newly obtained documents.

Key agencies within DHS could face a massive loss of workers if the requests aren’t resolved, a watchdog warns.

Over 8,100 employees with Customs and Border Protection, which includes Border Patrol agents, have asked for a medical or religious exemption to the mandate, imposed by President Joe Biden in 2021. Over 5,800 Transportation Security Administration workers have requested accommodations. Over 2,800 Immigration and Customs Enforcement employees have sought exemptions on religious or medical grounds.

These NATO Defense Ministers have Russia quaking in its boots. The feminized West doesn’t stand a chance against Russia and China.

Makow-Russia Vs West- Men Versus Femmes
https://www.henrymakow.com/2022/03/russia-vs-west-straight-versus.html
In 2009, British ministry of “defense” released a 2389-page “Manual of Security” on information “security”: 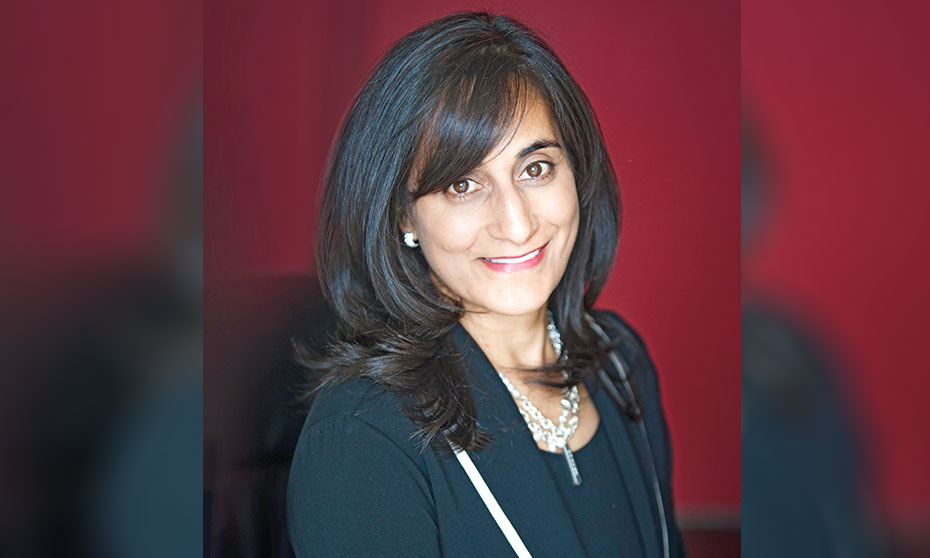 –
San Diego Loses 22% Of Its Police Force Due To Vax Mandates
More than 230 San Diego police officers have left city employment in the 2022 fiscal year alone (252 sworn deputies in 2021), totaling around 22% of all deputies in active service. San Diego is witnessing the largest exodus of police officers from the city since 2009 and the majority of them are quitting because of the city’s continued obsession with covid vaccine mandates.

Contrast this with the LAPD, which was not so lucky.  Officers have quit in droves or were fired, with over 2200 employees refusing to comply.  This has been a repeating situation across California, and San Diego is the latest region to suffer considerable losses of LEO’s over vax mandates. 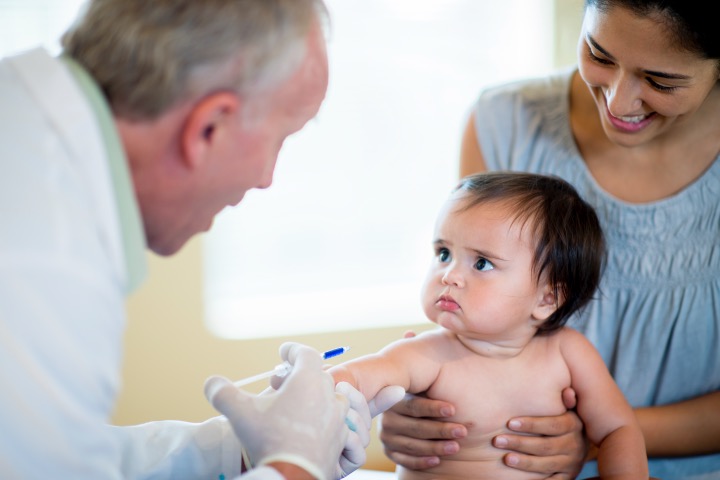 Physicians caution against ‘pushing an unnecessary and novel, gene-based vaccine on to young children’

Airlines Across the West Have Fallen into Chaos at the Same Time. Here’s the Agenda…

The video provides evidence that the chaos is manufactured and that the solution will be a digital passport, a monitoring device and/or a social credit app to coerce people into a digital trap. Canada is introducing the Known Traveler Digital Identity (KTDI) program for digital identities, including facial recognition, for “secure and seamless” international travel. The World Economic Forum is partnered with KTDI.

Every third Dutch farm to be closed down or expropriated!

CO 2 hysteria was so yesterday. In the Netherlands there’s now a nitrogen alarm. Ironically, at a time when the specter of food shortages and hunger is looming, the “Green Deal” of the all-powerful, misanthropic EU has prompted Commissioner Frans Timmermans to demand that ten percent of agricultural land be set aside across Europe.

In order to help this madness prevail, a Dutch “nitrogen problem” has been invented. On this basis, they want to force the livestock farmers – who are named as the main culprits – to give up their businesses. The Dutch “Minister for the Environment and Nitrogen”, Christianne van der Wal, announced that 30 percent of livestock farmers would have to give up their farms. Those affected now have the choice to give up their farms voluntarily and leave, or to pledge never to practice their profession again – only then would they be compensated. Those who do not comply face expropriation by the state. The aim is to reduce nitrogen emissions by up to 95 percent by 2030.

The Netherlands is the world’s fifth-largest exporter of food, exceeded only by the United States, Germany, the United Kingdom, and China, according to World Bank statistics.