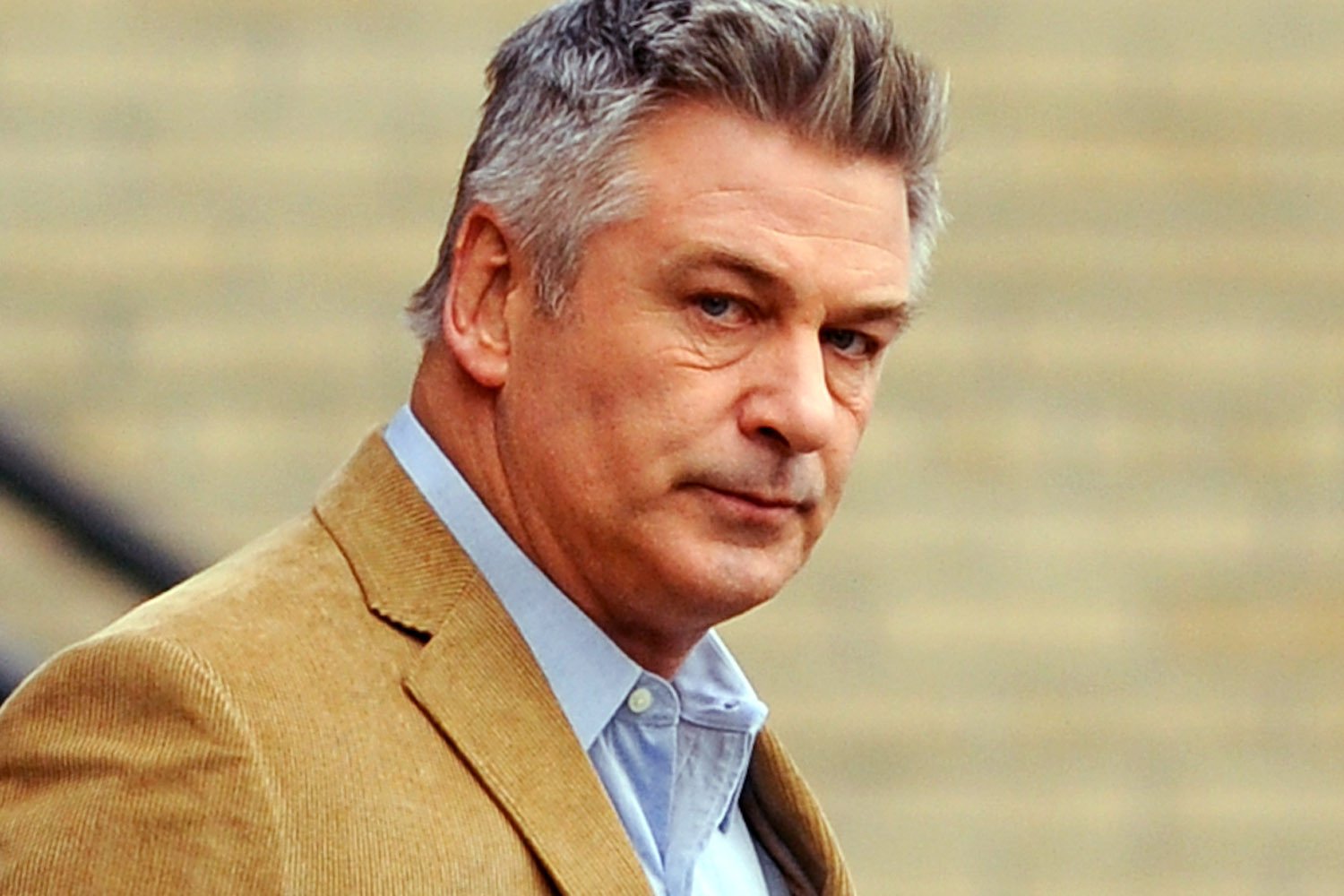 Alec Baldwin was born in 1958
and bred by Gary Cooper
and Julie London during the making of Man of the West
Every time a movie is made, so is a baby, a future star
more often than not, and the ignorant masses celebrate,
encourage, and enable this practice
unwittingly as movie consumers.

Nearly every famous person in the world was born into the Satanic cult as the product of their secret breeding program.
Movie making is a cover for the mandatory breeding of babies among lead actors in movies and non-disclosure agreements prohibit them from speaking out.  These babies are adopted into cult households with similar looks to be “discovered” later and put on the fast track to success so they may fulfill their unique and predetermined destiny before the eyes of the world. 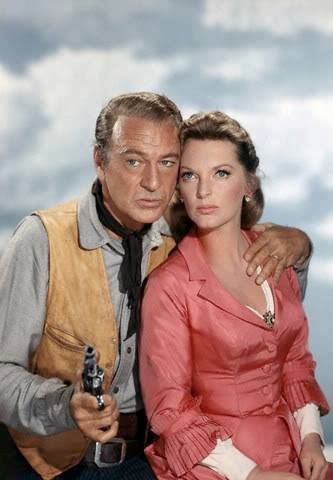 Alec Baldwin was born in 1958 and bred by Gary Cooper and Julie London during the making of Man of the West which was released the same year.  Julie London was an actress and jazz singer who recorded thirty albums.  Baldwin’s facial features are menacing and lend themselves well to the bad-boy image he has cultivated both on screen and in real-life while Cooper’s bordered on angelic.
Despite this difference, if one takes the time to look for their similarity in moving pictures, Baldwin’s physical resemblance to Cooper is nonetheless startling and obvious.

Baldwin played Jack Ryan in the 1990 hit film Hunt For Red October which was his breakout role that firmly established his star-power.
Next he starred in the film The Marrying Man with Kim Basinger who played the role of a sultry and sexy jazz singer just like Julie London.  This is our clue as to the true identity of Baldwin’s mother and possibly Basinger’s.
Her surname has the word “singer” encoded into and both of their surnames start with BA which tells us they are related in some way.  London produced no work the year Basinger was born which doesn’t rule her out, however, it may be Ursula Andress who is her true mother given their likeness and the fact that both were Bond girls early in their careers.  It matters not that Andress was sixteen when Basinger was born as girls are typically made to start breeding at fourteen.

In a highly unusual move, a campaign of negative publicity was launched against Baldwin and Basinger by Hollywood insiders in advance of the release of the Marrying Man.  This bad publicity is believed to have had a hand in dooming the film which flopped at the box office.
If we take the official narrative at face value, Baldwin managed to run afoul of powerful people during the making of this film for being uncooperative, insisting on doing things his way, and exhibiting a volatile temper when things failed to go his way.  However, this film was the catalyst for Baldwin’s life beginning to imitate art which suggests that his personal life also follows a script or master plan. 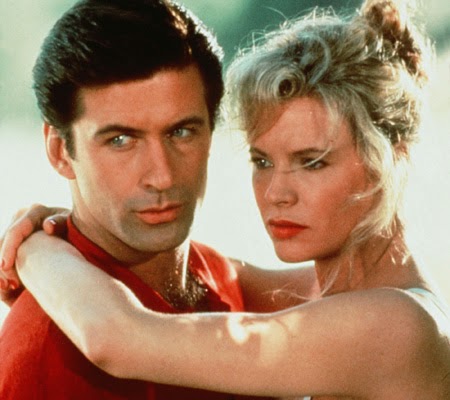 The Marrying Man was a glorification of bad-boys and the women who are irresistibly drawn to them.  In this film, Baldwin plays bad-boy Charlie Pearl who runs afoul of the Las Vegas mafia and Baldwin appears to have run afoul of the Hollywood mafia during the making of the film.  As an act of retribution, an already engaged Pearl is forced to marry the woman he slept with, Basinger’s character.
Baldwin’s “retribution” for being difficult during filming was delivered by tanking the film and publicly branding him a bad-boy, just like Pearl.  Baldwin also imitates Pearl by marrying Basinger — but only after she starred with his half-brother, Richard Gere, in the 1992 film Final Analysis in which they bred together for the Cabal.

In 2006 Baldwin played the role of a much sleazier bad-boy with sixteen year old Nikki Reed as the the lead actress in the film Mini’s First Time.  In this role he is married and visits a hooker, his step-daughter, but only finds out after he sleeps with her due to being blindfolded.
Once he finds out, he continues his sexual relationship with her anyway and kills his wife/her mother at her behest.  In 2017 Baldwin published Nevertheless:  A Memoir in which he stated that he didn’t know that Nikki Reed was sixteen at the time of filming and only found out during post-production.
Two days later People Magazine, The Hollywood Reporter and Perez Hilton reported that producer Dana Brunetti had branded Baldwin a liar saying that he knew all along that Reed was sixteen.  Dozens of other news sources repeated the same accusation over the next two days.

In 2007 a voicemail that Baldwin left for his daughter that had been submitted as evidence in court during his divorce and custody battle was mysteriously leaked into the public domain.
This notorious breach proved to the world that Baldwin has an anger management problem, is verbally abusive, and has hostility toward women.  Baldwin’s transgressions over the years are too numerous to mention, however, each and every one triggered a media frenzy dedicated to reminding us that he’s a bad-boy.
Even the high brow publication The Atlantic dutifully did its part by publishing an article by Richard Lawson in 2013 titled “Alec Baldwin Says Another Dumb Thing” in which he informed a discriminating audience unlikely to follow tabloid journalism that Baldwin is “a buffoon, an oaf, a dummy, a doofus, a goofus, and a dope.”

Like many people in life, Alec Baldwin clearly has a nasty temper and is obnoxious at times.  Yet, very few have had their worst moments put on public display as fodder for mass condemnation like he has and there is a reason for this.
In 2021 we see Baldwin cast in a Western at an advanced age like his father Gary Cooper when cast in the Man of the West during which Baldwin was bred.  This is when Baldwin’s life imitates art once more.  Rust is a story of a man, played by Baldwin, who rescues his grandson from being hanged for an accidental shooting.
Before filming is complete, Baldwin causes the death of cinematographer Halyna Hutchins in an accidental shooting according to the official narrative.

This “event” was an act of psychological warfare, the scripted climax in the master plan of Baldwin’s life, and a logical culmination of the thirty year coordinated campaign by Hollywood and the media to pigeonhole him as poster boy for bad behavior.
Hindsight is 20/20 and it is plain to see that the masses were groomed to accept that Baldwin would and could do something so destructive and stupid.  Rust was never intended to be a film that would be brought to completion, rather, it was the vehicle or cover for the “slaying” of a woman that would be made to appear to have occurred spontaneously.  This we can be certain of because of the great occult truth which states that nothing happens by accident and everything happens according to plan.

Therefore, what we were actually witness to was Baldwin being cast as the “killer” of Halyna Hutchins.  This is when fantasy and reality began to blur into what was to become a public spectacle and weapon of mass distraction.
I do not know if Halyna Hutchins is dead or alive but I smell a rat here and the collectively clues indicate that her “death” was an act of Hollywood fakery at its finest.  The biggest clue of all is that Cabalists are master deceivers who invert reality.  This means that if they claim that someone is dead, the opposite may, in fact, be true. 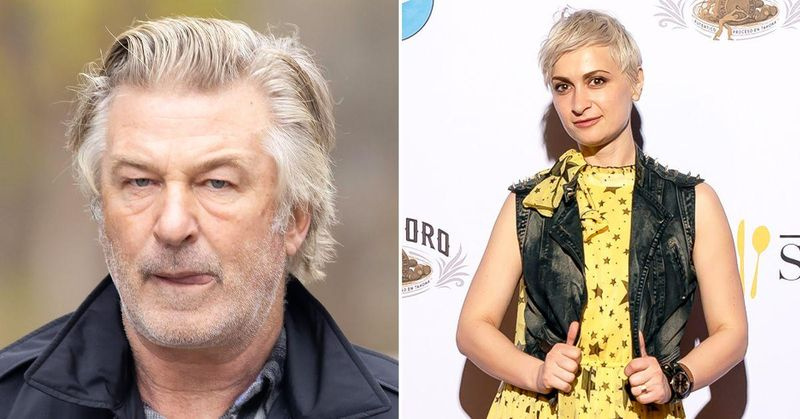 The declaration that Halyna Hutchins died may just be the false premise upon which a house of cards rests.  Lies are complicated while the truth is simple.  No one has been held formally accountable for her “death” and this is probably because it never occurred.  Baldwin has been held accountable but, thus far, only in the court of public opinion.

The Cabal has presented us with is a mental challenge which is an opportunity in disguise.  To us, the “event” is supposed to appear to have been a human sacrifice but appearances are often deceiving.
Clearly, there was a conspiracy involved because Baldwin had help in staging this “event.”  The official narrative doesn’t instruct us to believe that he loaded live ammunition into a prop gun and this means that, if a death truly occurred, that job was delegated to someone else because Baldwin was cast as a killer, not a murderer.
This is their admission or implicit validation of our understanding that there really was a conspiracy behind this “event.”
Our role is to seize our power through mental mastery of our fears generally and our fear of the Cabal specifically which gives us “the eyes to see” that the conspiracy element functioned to enact and perpetuate a hoax.
In other words, we are supposed to call their bluff and there is surreal humor to be discovered underlying this mind game that they play — what appears to be a terrific tragedy to the masses is a terrific comedy from their vantage point.
–
RELATED
Previous articles by Matrix Hacker