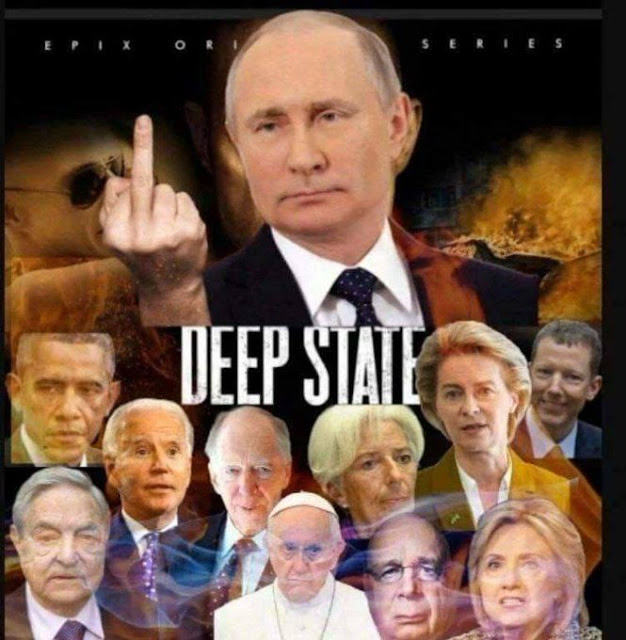 Thanks to Rothschild “western” lying media, the conflict in Ukraine has been misrepresented and inevitably will result in the West being annihilated in a catastrophic nuclear war.  Ukraine which is a proxy for NATO which is a proxy for the Rothschild banking cartel is the aggressor! Russia will obliterate the West rather than accept servitude.
The Illuminati couldn’t destroy and kill enough people using COVID and “vaccines” as an excuse, so they are using Ukraine instead.
Compare Putin’s words to any and every western lying, perverted, satanic, baby-sacrificing weasel supposed to be a “leader” but more honestly a WEF overpaid, morally compromised, prostitute of the lowest order.  Including Drumph (Trump).

Putin says the use of nuclear bombs in Hiroshima, and mass murders in Hamburg and Dresden during the last world war as precedents which allow Russia to destroy the West. Disturbingly, Putin says he does not expect the “leaders” of  West to compromise. They need a catastrophe to cover up their blunders.
Excerpts from Putin’s speech
or “Why you, your family and everything you own is going to be incinerated.”  (in case you consider this info relevant.)
(henrymakow.com)

“They [the Rothschild "west," with its U.S. knee-capper] do not give a damn about the natural right of billions of people, the majority of humanity, to freedom and justice, the right to determine their own future. They have already moved on to the radical denial of moral, religious, and family values.

Let’s answer some very simple questions for ourselves. [I ask] all citizens of Russia: do we want to have here, in our country, in Russia, “parent number one, parent number two and parent number three” (they have completely lost it!) instead of mother and father?
Do we want our schools to impose on our children, from their earliest days in school, perversions that lead to degradation and extinction?
Do we want to drum into their heads the ideas that certain other genders exist along with women and men and to offer them gender reassignment surgery?
Is that what we want for our country and our children? This is all unacceptable to us. We have a different future of our own. 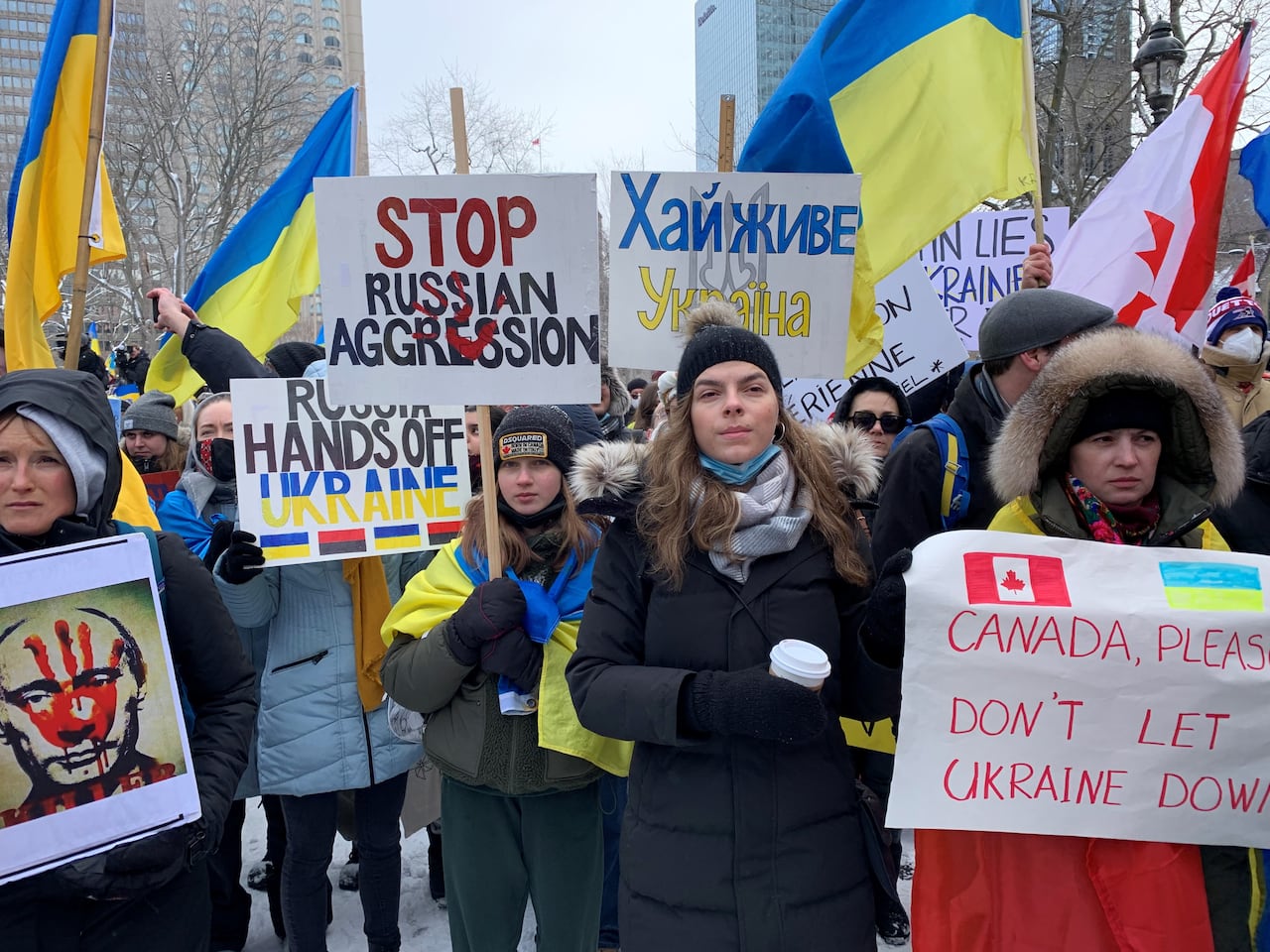 Let me repeat that the dictatorship of the Western elites targets all societies, including the citizens of Western countries themselves. This is a challenge to all. This complete renunciation of what it means to be human, the overthrow of faith and traditional values, and the suppression of freedom are coming to resemble a “religion in reverse” – pure Satanism. Exposing false messiahs, Jesus Christ said in the Sermon on the Mount: “By their fruits ye shall know them.”   These poisonous fruits are already obvious to people, and not only in our country but also in all countries, including many people in the West itself.
—-

For eight long years, people in Donbass were subjected to genocide, shelling and blockades; in Kherson and Zaporozhye, a criminal policy was pursued to cultivate hatred for Russia, for everything Russian. Now too, during the referendums, the Kiev regime threatened schoolteachers, women who worked in election commissions with reprisals and death. Kiev threatened millions of people who came to express their will with repression. But the people of Donbass, Zaporozhye and Kherson weren’t broken, and they had their say.

I want the Kiev authorities and their true handlers in the West to hear me now, and I want everyone to remember this: the people living in Lugansk and Donetsk, in Kherson and Zaporozhye have become our citizens, forever.

We call on the Kiev regime to immediately cease fire and all hostilities; to end the war it unleashed back in 2014 and return to the negotiating table. We are ready for this, as we have said more than once. But the choice of the people in Donetsk, Lugansk, Zaporozhye and Kherson will not be discussed. The decision has been made, and Russia will not betray it. Kiev’s current authorities should respect this free expression of the people’s will; there is no other way. This is the only way to peace.

We will defend our land with all the forces and resources we have, and we will do everything we can to ensure the safety of our people. This is the great liberating mission of our nation. 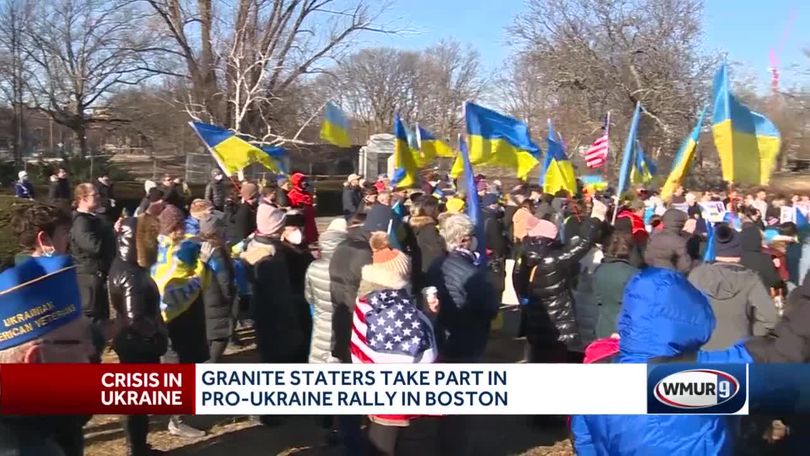 Meanwhile, the West continued and continues looking for another chance to strike a blow at us, to weaken and break up Russia, which they have always dreamed about, to divide our state and set our peoples against each other, and to condemn them to poverty and extinction. They cannot rest easy knowing that there is such a great country with this huge territory in the world, with its natural wealth, resources and people who cannot and will not do someone else’s bidding.

The West is ready to cross every line to preserve the neo-colonial system which allows it to live off the world, to plunder it thanks to the domination of the dollar and technology, to collect an actual tribute from humanity, to extract its primary source of unearned prosperity, the rent paid to the hegemon. The preservation of this annuity is their main, real and absolutely self-serving motivation. This is why total de-sovereignisation is in their interest. This explains their aggression towards independent states, traditional values and authentic cultures, their attempts to undermine international and integration processes, new global currencies and technological development centres they cannot control. It is critically important for them to force all countries to surrender their sovereignty to the United States.

In certain countries, the ruling elites voluntarily agree to do this, voluntarily agree to become vassals; others are bribed or intimidated. And if this does not work, they destroy entire states, leaving behind humanitarian disasters, devastation, ruins, millions of wrecked and mangled human lives, terrorist enclaves, social disaster zones, protectorates, colonies and semi-colonies. They don’t care. All they care about is their own benefit.


–
Western countries have been saying for centuries that they bring freedom and democracy to other nations. Nothing could be further from the truth. Instead of bringing democracy they suppressed and exploited, and instead of giving freedom they enslaved and oppressed. The unipolar world is inherently anti-democratic and unfree; it is false and hypocritical through and through.
–

The West clearly did not expect such insubordination. They simply got used to acting according to a template, to grab whatever they please, by blackmail, bribery, intimidation, and convinced themselves that these methods would work forever, as if they had fossilised in the past.

Such self-confidence is a direct product not only of the notorious concept of exceptionalism – although it never ceases to amaze - but also of the real “information hunger” in the West. The truth has been drowned in an ocean of myths, illusions and fakes, using extremely aggressive propaganda, lying like Goebbels. The more unbelievable the lie, the quicker people will believe it - that is how they operate, according to this principle.

But people cannot be fed with printed dollars and euros. You can’t feed them with those pieces of paper, and the virtual, inflated capitalisation of western social media companies can’t heat their homes. Everything I am saying is important. And what I just said is no less so: you can’t feed anyone with paper - you need food; and you can’t heat anyone’s home with these inflated capitalizations - you need energy.

–
I want to make special note of the fact that there is every reason to believe that the Western elites are not going to look for constructive ways out of the global food and energy crisis that they and they alone are to blame for, as a result of their long-term policy, dating back long before our special military operation in Ukraine, in Donbass. They have no intention of solving the problems of injustice and inequality. I am afraid they would rather use other formulas they are more comfortable with.

And here it is important to recall that the West bailed itself out of its early 20th century challenges with World War I. Profits from World War II helped the United States finally overcome the Great Depression and become the largest economy in the world, and to impose on the planet the power of the [DEBT] dollar as a global reserve currency. And the 1980s crisis – things came to a head in the 1980s again – the West emerged from it unscathed largely by appropriating the inheritance and resources of the collapsed and defunct Soviet Union. That’s a fact.

Now, in order to free itself from the latest web of challenges, they need to dismantle Russia as well as other states that choose a sovereign path of development, at all costs, to be able to further plunder other nations’ wealth and use it to patch their own holes. If this does not happen, I cannot rule out that they will try to trigger a collapse of the entire system, and blame everything on that, or, God forbid, decide to use the old formula of economic growth through war.

Russia is aware of its responsibility to the international community and will make every effort to ensure that cooler heads prevail.

The current neocolonial model is ultimately doomed; this much is obvious. But I repeat that its real masters will cling to it to the end. They simply have nothing to offer the world except to maintain the same system of plundering and racketeering.

They do not give a damn about the natural right of billions of people, the majority of humanity, to freedom and justice, the right to determine their own future. They have already moved on to the radical denial of moral, religious, and family values.