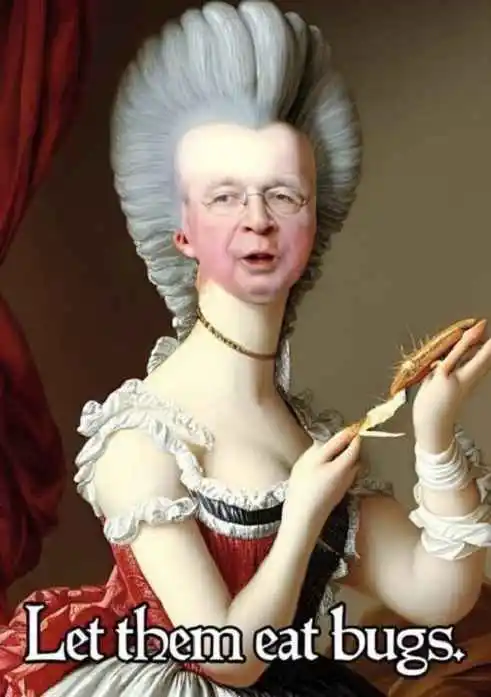 West will Embrace CBDC After Financial Collapse
“What is going to happen is really quite clear: The Mega Debt is going to implode, the West can’t pay, and therefore commercial banking is toast: there are going to be HUGE bank defaults, the first are really only months away, although the real cataclysm, for as far as I can see now, will really start ‘only’ around ’2025.“
By Anthony Migchels
(henrymakow.com)
I noticed Catherine Austin Fitts’ ‘optimism’ concerning the CBDC and the populist reaction that is underway. Optimism that many people have at the moment.
Also because the WEF meeting in Davos was an obvious bust, and it was widely reported that ‘their agenda is in trouble’.

But I do want to strongly warn against this optimism.

The WEF was never designed to ‘succeed’, but to foment exactly this reaction.

The coming reaction, the already ongoing Rightist/Populist reaction is fully calculated. (e.g. Elon Musk’s Twitter) I’ve been expecting it ever since the Great Reset gang came on the scene. If anything, the question mainly is ‘what took people so long’?

You’ll own nothing and eat bugs?! Seriously? That’s supposed to ‘convince’ people?

But what people REALLY should be asking is this: “How do they expect us to end up with nothing?”

They’re blind to the real threat: the coming implosion of the debt bubble. The astounding fact of the matter is that total debt in the US is $90 Trillion. Four times GDP.

And it’s teetering on the brink of collapse, while people are busy with everything but that.

The coming Greatest Depression, which is already starting, will disown almost everybody.

And this is also how they already know the CBDC is going to succeed.

Of course people don’t want Central Bank control through money, that’s a given. The ECB was recently lamenting their marketing for it was not going to work.

But that’s all crocodile tears. What is going to happen is really quite clear: The Mega Debt is going to implode, the West can’t pay, and therefore commercial banking is toast: there are going to be HUGE bank defaults, the first are really only months away, although the real cataclysm, for as far as I can see now, will really start ‘only’ around ’25.

And if the Banks are going bust, they’re going to lose control over the payment systems of the West.

And that’s when the CBDC will become the ‘obvious solution’.

THAT is how they’re going to play this, and they’re totally going to succeed. People are clueless about the gargantuan debt that is staring them in the face, and which is eating the West alive.

And these blind fools are going to ‘stop the CBDC’?

Within five years the CBDC will be the dominant payment provider. The Chinese are starting off; within months their Gold backed Yuan CBDC will become prominent in Eurasia to replace the Dollar in international trade, and the West will follow kicking and screaming while they get absolutely burned alive in the coming Mega Deflation of an Era.

Before the end of the decade we will have World Government, including a CBDC World Currency.

I’m sorry to be the harbinger of such bad news, but people still seem to think it’s all a joke.

It isn’t. Banking is what it’s all about, this is going to be the Money Changers’ greatest feat, and the final campaign to World Government. The NWO Endgame, started when the Fed resumed the money printing in September 2019, with the disaster of the Repo Crisis.

Every day for the coming years has been meticulously planned by our enemies, and they’re at the top of their game, and people are still mostly clueless about what is hitting them.

But they’ll be learning soon enough though. Of that, everybody can be certain.
——–
Related- Is Populist Backlash Part of the Plan?
Migchels–The Fed is Pulling the Plug on the Debt Bubble