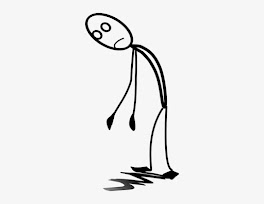 There’s a popular meme you’ve probably seen that was floating around even before the endemic pandemic.  The images vary, but the text delineates four stages running thusly:

This takes us back to step one, after which the cycle repeats itself.

Key to understanding this so-called “doctrine of the yugas” is that in each of the four stages, one group or form of social organization is the dominant one and the holder of all the culture’s moral legitimacy.  Currently, things are so upside-down that in the view of most of the establishment — government, media, education, the entertainment industry, and the business world — an illegal alien who crossed the border this morning, with neither money nor education and thus entirely dependent upon American largesse, has higher “moral value” than a legacy American whose family has been living and paying taxes here for 150 years.  And suppose this simple citizen of the merchant caste criticizes his rulers’ importation of the fourth caste from others’ lands and demands that they be deported.  In that case, he is branded with the scarlet letter R because — just to chill you to the core and leave no doubt that you’re in a cosmic soap opera — per ancient teachings, caste and race overlap.

The ancient doctrine of the four ages is key to understanding where we are now, how we got here, and the correct course of action.  It should be clear that winter has fallen upon us, that we are no longer the land of the free and home of the brave but are on an inescapable path to becoming its very opposite.  In winter, the trees are barren, the antithesis of what they were in that verdant springtime.  You cannot plant seeds because the soil won’t sustain them.  You can only bunker down, ride it out, and fight off the wolf at the door.  And you can reflect upon what you learned over the year, where things went wrong, and how to do things differently when spring finally comes.